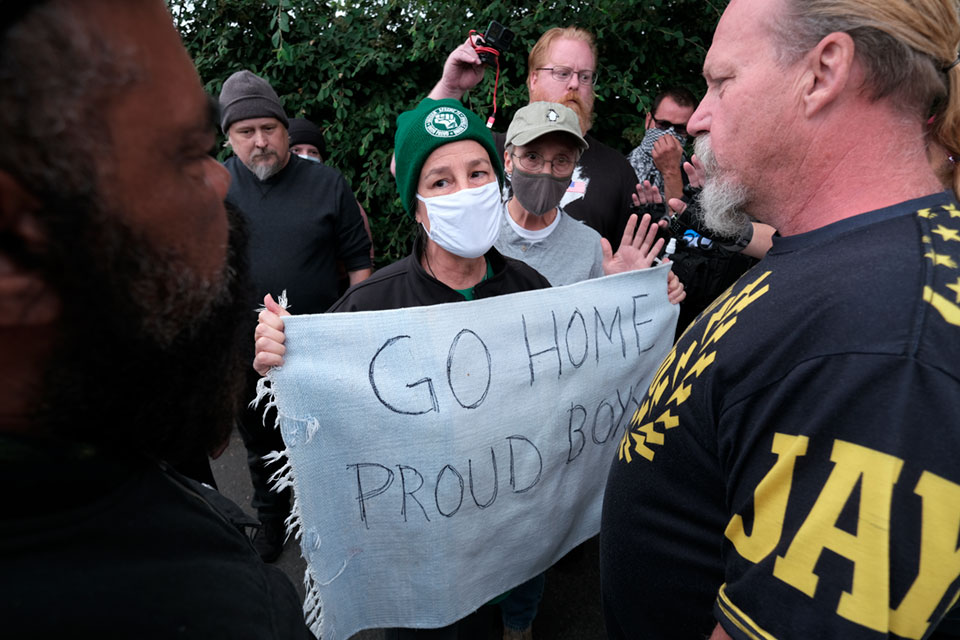 The two groups had gathered in different parts of the city after a far-right group changed the location of its event. 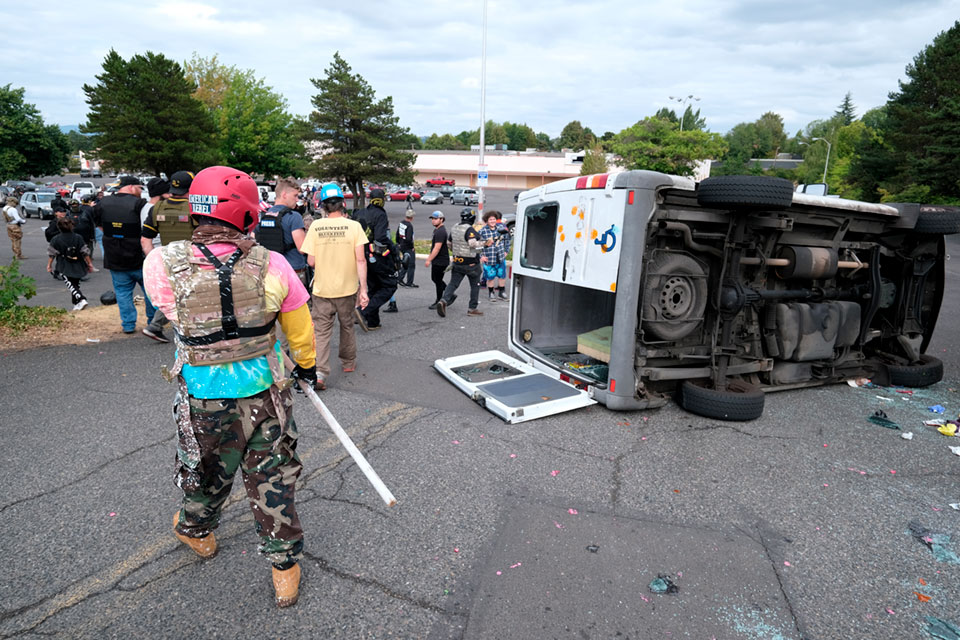 A van that was driven by anti-fascist protesters is pictured flipped on its side with all windows smashed after it was attacked for trying to drive into a Proud Boys rally Sunday, Aug. 22, 2021, in Portland, Ore. (AP Photo/Alex Milan Tracy)

The right-wing rally drew about 100 people in a parking lot of a former Kmart store and clashes began as it wound down, KOIN-TV reported. A van tried to drive into the parking lot, but crashed and the driver ran away. Demonstrators then began igniting fireworks and similar devices. It was not immediately clear whether anyone suffered serious injuries.

Later, shots were fired near demonstrators downtown. Dustin Brandon Ferreira, 37, a left-wing activist, told The Oregonian/OregonLive he was with others Sunday evening when a man used a slur against a Black man in the group and then fired multiple rounds in their direction.

Portland police said the man was arrested. No one was injured. 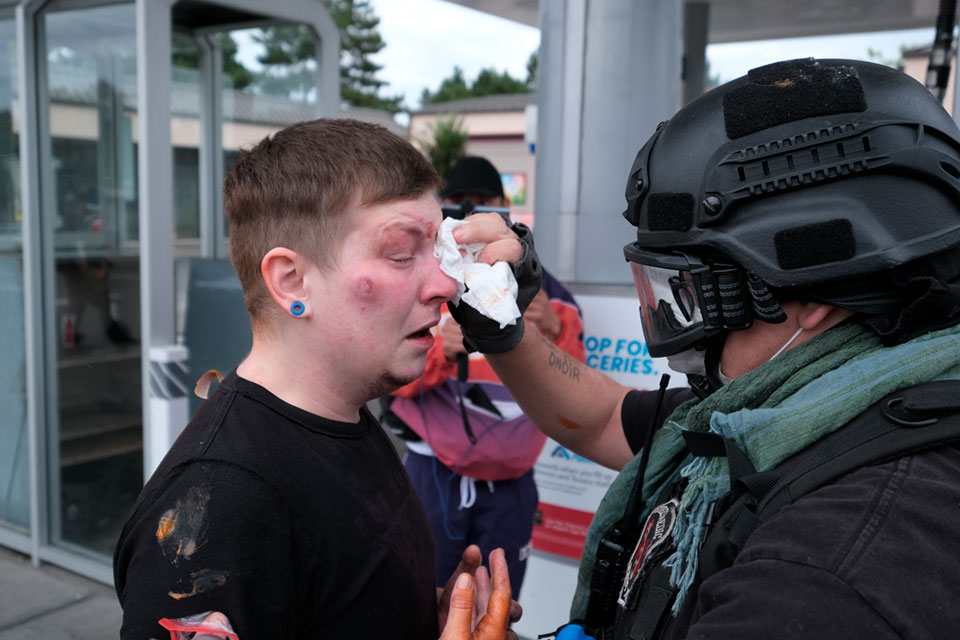 An anti-fascist protester receives medical attention after getting hit in the face with a paintball round fired by members of the far-right group Proud Boys as the two groups clashed in Sunday, Aug. 22, 2021, in Portland, Ore. (AP Photo/Alex Milan Tracy)

The plans for the opposing demonstrations had prompted Portland police to call in all available police personnel.

Portland Police Chief Chuck Lovell said Friday that despite expecting clashes, police will not necessarily be standing in between opposing groups.

Lovell and Portland Mayor Ted Wheeler did not name the groups expected to gather that “may choose to confront one another.”

Oregon State Police, the sheriff’s office and other local partners were also helping address the situation.

Similar events in Portland between groups with differing political ideations or affiliations have resulted in violent clashes. Sunday’s event falls on the one-year anniversary of a particularly violent political clash in which the opposing groups brawled on the street next to police headquarters for hours.