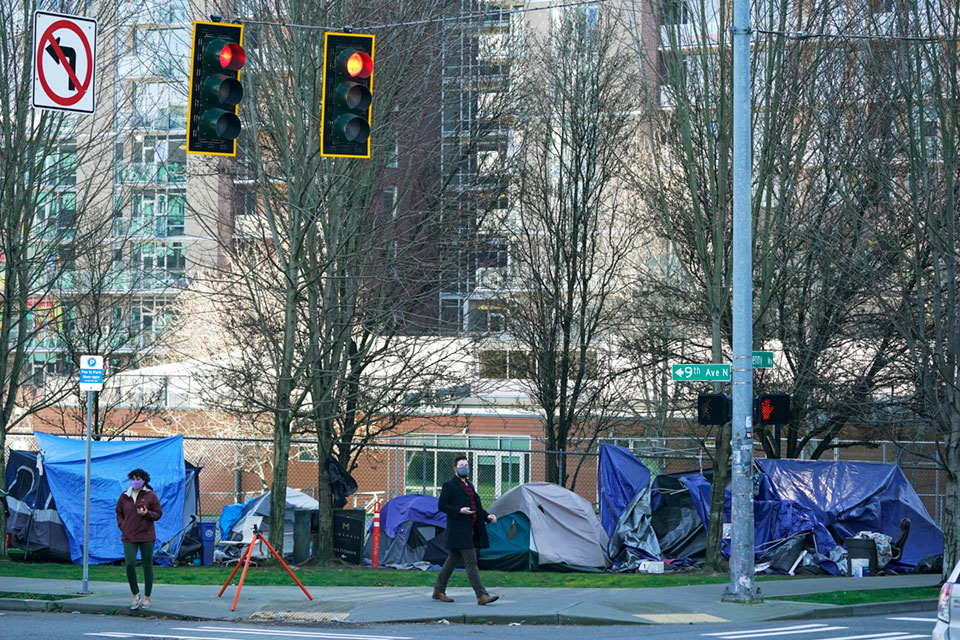 SEATTLE (AP) — Backers of a measure that would change Seattle’s approach to homelessness are appealing a judge’s decision that blocked it from the November ballot.

The Compassion Seattle campaign initially said it would not appeal the decision Friday from King County Superior Court Judge Catherine Shaffer, saying there wasn't enough time to do so before the election. Shaffer ruled that proposed charter amendment would conflict with state law and usurp the City Council’s power.

But in a statement Tuesday the campaign said it would appeal after all. Its lawyers filed an emergency motion in the state Court of Appeals seeking to stay Shaffer's decision and allow voters to have their say on the matter.

“The Judge’s decision caused an outpouring of support over the weekend from supporters who want us to press on with an appeal,” the campaign said. “We decided that we must take this action to represent the interests of tens of thousands of voters who signed petitions to put this amendment on the ballot.”

The proposal would direct the city to provide 2,000 units of housing within a year and to keep public land clear of encampments. Opponents call it an unfunded mandate.

In her ruling, Shaffer indicated that blocking the measure from the ballot was not a close call. While she personally supports the measure's goals, she said, it exceeds what can be accomplished through a local charter amendment.

Knoll Lowney, an attorney for the challengers, said they were confident the judge's decision will stand.

“It may not be too late to file an appeal,” he said. “But it is too late to correct the illegal provisions in the charter amendment.”

Of the Seattle mayoral candidates who advanced to the general election, former City Council member Bruce Harrell supports the proposed charter amendment, saying the city must act with more urgency on the issue, while City Council President Lorena González opposes it, calling it an unfunded mandate that could lead to cuts in vital services.

Some homeless nonprofit leaders and advocates have spoken in favor of it, but others started a campaign called House Our Neighbors to encourage voters to oppose it.