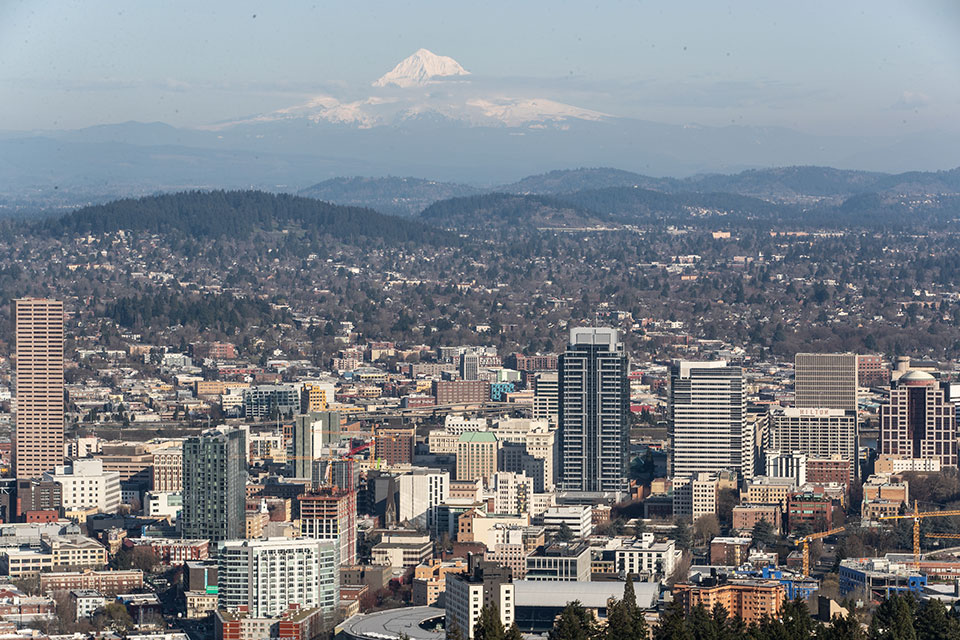 PORTLAND, Ore. (AP) — The City Council in Portland, Oregon, has scrapped a plan to boycott Texas businesses because of a new law that prohibits most abortions there, deciding Wednesday to instead set aside $200,000 to fund reproductive care.

The liberal Pacific Northwest city made headlines earlier this month when Mayor Ted Wheeler announced plans to ban city business with the Lone Star State. However the proposal was abandoned due to concerns that it could be “punitive to Texans who, are in fact, the most affected” by the abortion law.

“I’ve heard some suggest that this (law) has no bearing on our local community ... I could not disagree more,” Wheeler said during a meeting Wednesday.

“If this Texas law, restricting the rights of women, is allowed to stand then it will spread to other states"

"it will jeopardize Roe v. Wade and it will impact our constituents here in the city of Portland."

The boycott would have banned the purchase of goods and services by Portland from Texas and bar city employee travel until the legislation is reversed or overturned.

The boycott threat drew the ire of Texas Lt. Gov. Dan Patrick, who described Portland on Twitter as a “dumpster fire” and called its leaders “depraved” in response.

“Our city is overwhelmed by multiple crises, this council should focus on solving those,” said Mapps, who opposed Texas’s new anti-abortion law. “We have a gun violence crisis. We have a homelessness crisis. We have a trash crisis. And we have a pandemic.”

The announcement of a possible ban by Portland on doing business with Texas appeared to have come long before the actual policy making, as officials scrambled to nail down how such a boycott would work or could impact Oregon's largest city.

Spokesperson Heather Hafer said the city had purchased slightly less than $35 million in goods and services from Texas in the past five years.

During Labor Day, city officials met with reproductive health care providers and advocates to discuss the boycott. Wheeler said advocates “disagreed with some elements of” of the ban and suggested alternatives.

As a result, the measure approved by the Council sets aside $200,000 for organizations “that deliver programs and services related to reproductive healthcare.” The resolution does not specify where these organizations should be located, but the city is expected to pick the groups and finalize the grant money during the fall.

The resolution also directs the Council to send a letter to the Oregon Congressional delegation urging them to pass the Women’s Health Protection Act.

“Will what we do today fundamentally change the mindset of Texas legislators? Probably not," Portland City Commissioner Jo Ann Hardesty said. “But what it will do is send a very strong message, to the people of Texas, that we don’t abandon them just because unfortunately they have the leadership that they have.”