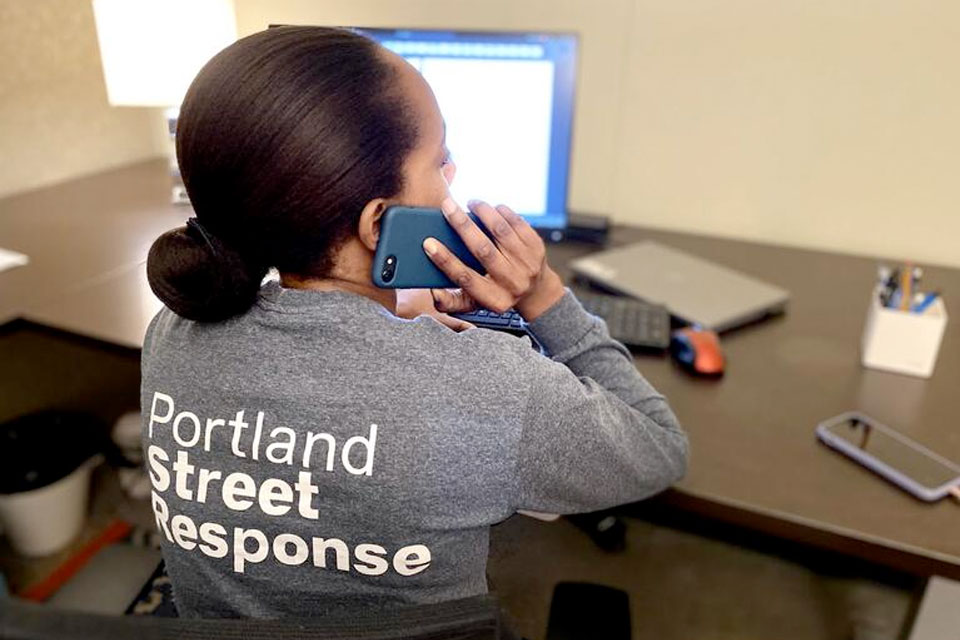 PORTLAND, Ore. (AP) — After receiving positive reviews, experts say a non-police first-response unit in Portland, Oregon, has the potential to be a “citywide solution” for an alternative to non-emergency calls regarding people experiencing a mental health crisis or homelessness.

“Our first recommendation is to commit the necessary resources toward the expansion of Portland Street Response to eventually make its services available throughout the city and during all hours of the day,” researchers wrote in the report.

The Portland Street Response team — which is unarmed — is comprised of a mental health crisis therapist, firefighter paramedic and two community health workers who are dispatched to 911 calls regarding mental health crises or issues surrounding the homeless population. The team currently works Monday through Friday from 10 a.m. to 6 p.m.

The year-long pilot program, which was created to lessen the workload of the short-staffed Portland Police Bureau and to better address the needs of the city's homeless population, began operating in February and responds to calls mainly in the city's Lents neighborhood.

Between February and mid-August, the team responded to 383 incidents, with the majority being situations that police officers would normally be called to respond to — such as “welfare checks” or reports of “unwanted persons.” Out of those calls, two-thirds involved people experiencing homelessness and roughly half involved someone who needed mental health care.

Less than 4% of resulted in a trip to the hospital, and none led to arrests, according to the report.

"The undeniable research and data shows that, for the community that Portland Street Response was built for, (the program) is exceeding our expectations of how we can help community members," Commissioner Jo Ann Hardesty said on Tuesday.

In addition, the report calculates that the police bureau's call load in the Lents Neighborhood was reduced by nearly 5%. In addition the fire bureau saw its calls for behavioral health and illegal burns reduced by 11.6%.

Earlier this year, Hardesty proposed expanding the team citywide. The amendment failed, but city officials agreed to review the possibility at the six-month and 12-month mark.

The City Council will have a chance to expand money for the program later this month, during its fall budget-monitoring process.