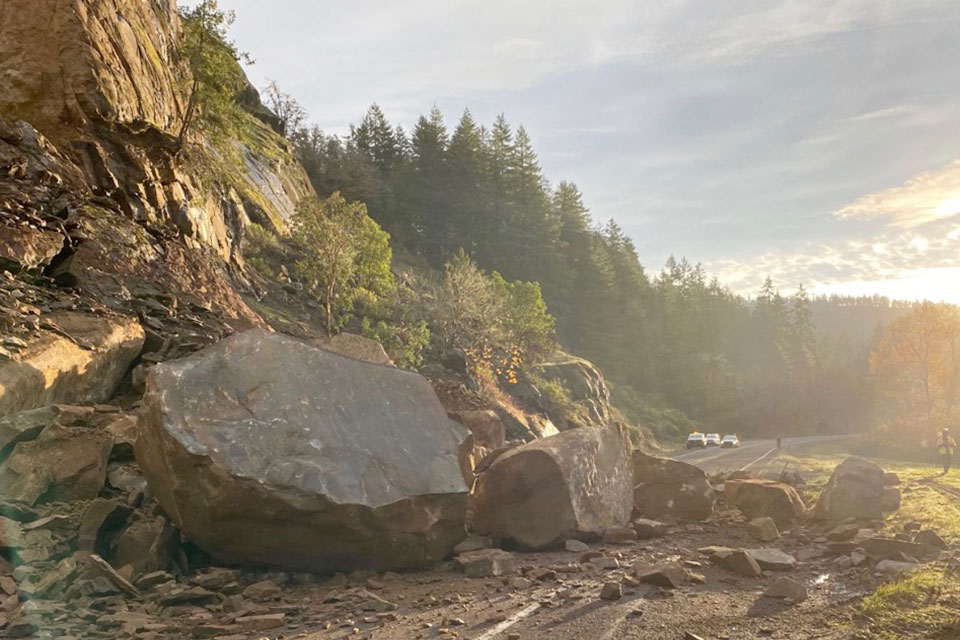 TACOMA, Wash. (AP) — Flood warnings were in place Friday for several rivers in western Washington as well as parts of Oregon as heavy rains continued in the Pacific Northwest.

Advisories were issued for the Skokomish River at Potlatch, the Tolt River above Carnation, the Snoqualmie River near Snoqualmie Falls, the Puyallup River near Orting and the Nisqually River affecting Lewis and Pierce counties.

Forecasters say the storms are being caused by an atmospheric river, known as the Pineapple Express. Rains may ease some Saturday but more precipitation is expected Saturday night through next week.

In Oregon, heavy rains raised the risk of mudslides and debris flows in areas recently burned by wildfires. More than 2 inches of rain fell in some areas in the western part of the state in a 24-hour period Thursday and heavy rains were expected to continue through Friday evening, the National Weather Service in Portland said.

Astoria, in the state’s far northwest corner, set a new record for rainfall Thursday with just over 2 inches of rain, the most since the previous record for the date set 70 years ago.

A flood watch was in effect for several counties on the Oregon coast and standing water in the roadways made driving treacherous across the Portland metropolitan area.

Landslides were reported on the coast and along the Columbia River Highway east of Portland.

The storm also caused a power outage that closed several schools and district offices in Lake Oswego, a suburb south of Portland.