Cop Who Rolled Bike Over Protester’s Head Gets Suspension 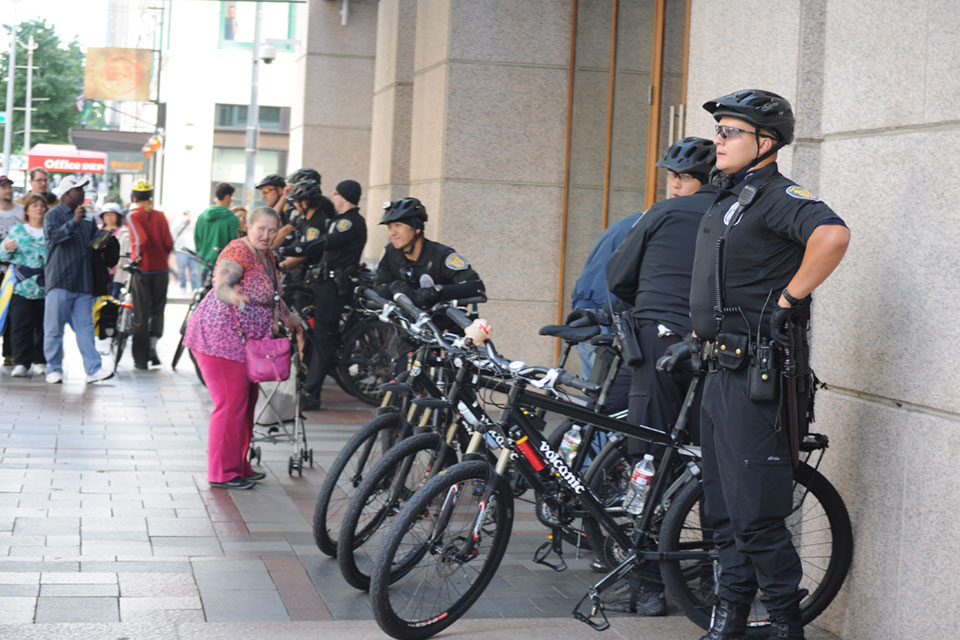 SEATTLE (AP) — A Seattle police officer who rolled his bicycle over a protester’s head has been ordered to serve a seven-day suspension without pay.

The officer, whose name has not been released by the Seattle Police Department, is appealing the findings by the city’s Office of Police Accountability.

A department spokesman didn't know Wednesday whether the officer had served the suspension, but said he’s been “assigned back in patrol.”

The September 2020 incident was captured on video and drew national attention in posts of protests in Seattle and cities nationwide after a grand jury’s decision to not indict police officers in Louisville, Kentucky, for the killing of Breonna Taylor.

Videos from the Seattle protest showed a protester, later identified as Camillo Massagli, lying on the ground, and the officer walking his bike over his head before a line of officers pushed back demonstrators.

A King County sheriff’s detective who investigated the officer for assault did not find probable cause, reasoning that he and other officers had a right to remove protesters from the street that night.

The Seattle City Attorney’s office reviewed the case and declined to file charges before OPA launched its investigation.

The officer told OPA investigators that at the time a captain ordered officers to disperse an unruly crowd, both tires on the bicycle were flat, so he was wheeling it when the protester laid down in the street in front of him, the summary of the investigation, released this week, says.

The officer said “he needed to stay on his line and could not move as it might confuse the officers following behind him,” and contended that he lifted his bicycle over the protester, denying that he intentionally rolled it over Massagli.

But OPA’s review of videos found “no indication that he ever lifted the bicycle while walking over” the protester. The videos also showed there was plenty of room to simply go around the protester, the summary states.

“Moreover, OPA does not see any credible assertion that rolling over a prone person lying on the ground with the wheels of a bicycle — flat or not — is appropriate force under SPD policy,” the investigation summary says.

A disciplinary committee recommended the seven-day suspension and Interim Police Chief Adrian Diaz agreed, formally notifying the officer of the suspension on Nov. 5.

Mike Solan, president of the Seattle Police Officers Guild, said in an email Wednesday the police union had no comment at this time.