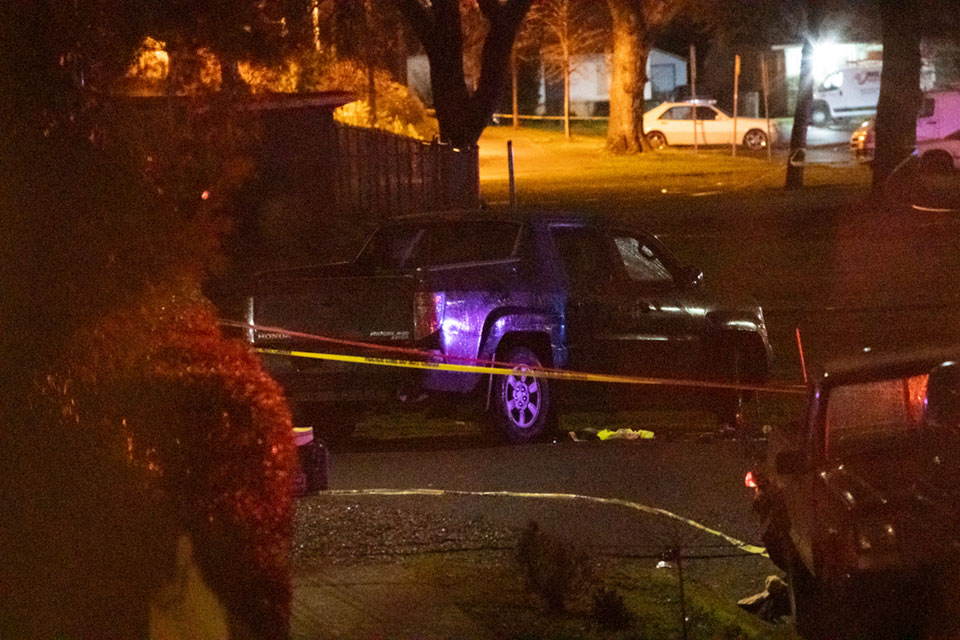 PORTLAND, Ore. (AP) — A 43-year-old man confronted protesters against police violence in a Portland, Oregon, park, told them to leave and then drew a pistol and opened fire, killing a woman and wounding four other people, a prosecutor said Tuesday.

The description by Multnomah County Deputy District Attorney Mariel Mota of the Saturday night shooting was the first detailed official account of the bloodshed. It came as Oregon's biggest city is experiencing a sharp rise in gun violence and after Portland was an epicenter in Black Lives Matter protests.

Benjamin Smith “approached the demonstration and confronted several of its participants, yelling at them and demanding they leave the area,” Mota said in an affidavit, citing videos shot at the scene. After several protesters told him to leave them alone and go home, Smith said they should “make” him leave and approached a person aggressively, who pushed Smith back.

Brandy “June” Knightly, 60, was shot in the head at close range and died on the scene, Mota said. Smith stopped shooting only when someone fired back, striking him in the hip area, Mota said.

It wasn’t immediately clear if Smith had an attorney who could speak on his behalf.

A warrior for human rights

Knightly was remembered Tuesday as a woman who stood up for others.

“As a community this is deeply wounding and distressing," Portland City Commissioner Jo Ann Hardesty said "June was part of a group of unarmed women peacekeepers who supported racial justice demonstrations and engaged in compassionate work with the homeless.”

One of the wounded was shot in the neck and is paralyzed from the neck down, Mota said. Two people were shot multiple times, including one of them in the abdomen, and the fourth wounded person was shot in the arm.

Smith's roommate, Kristine Christenson, told The Oregonian/OregonLive that Smith often criticized the Black Lives Matter movement, the COVID-19 mask requirement, crime in the neighborhood and homeless people living near the park by their apartment.

Knightly's friend Kathleen Saadat told the The Oregonian/OregonLive that Knightly was dedicated to acting on her values of justice and fairness.

“She was a warm, giving and kind person who spent time trying to think of things she could do to make the world better and to make herself better in the world,” Saadat said.

Knightly’s wife, Katherine Knapp, said Knightly first got involved in racial justice protests after George Floyd was killed by Minneapolis police in May 2020.

Social media flyers show that at the same time as the shooting, a march was planned for Amir Locke, a Black man who was fatally shot by police in Minneapolis.

Portland saw months of nightly protests in 2020 that often spiraled into violence following the murder by police of Floyd in Minneapolis. Portland became the center of the movement to defund the police, but the sustained protests in the city have largely faded away.

The city is now dealing with a plague of gun violence.

Last year was marked by record-high gun violence in Portland. Police and city officials say the increase in violence, which disproportionally affected Portland’s Black community, was fueled by gang-related arguments, drug deals gone wrong and disputes among homeless people. The situation was exacerbated by the pandemic, economic hardships and mental health crises.

Portland recorded 90 homicides in 2021, shattering the city’s previous high of 66, set more than three decades ago.