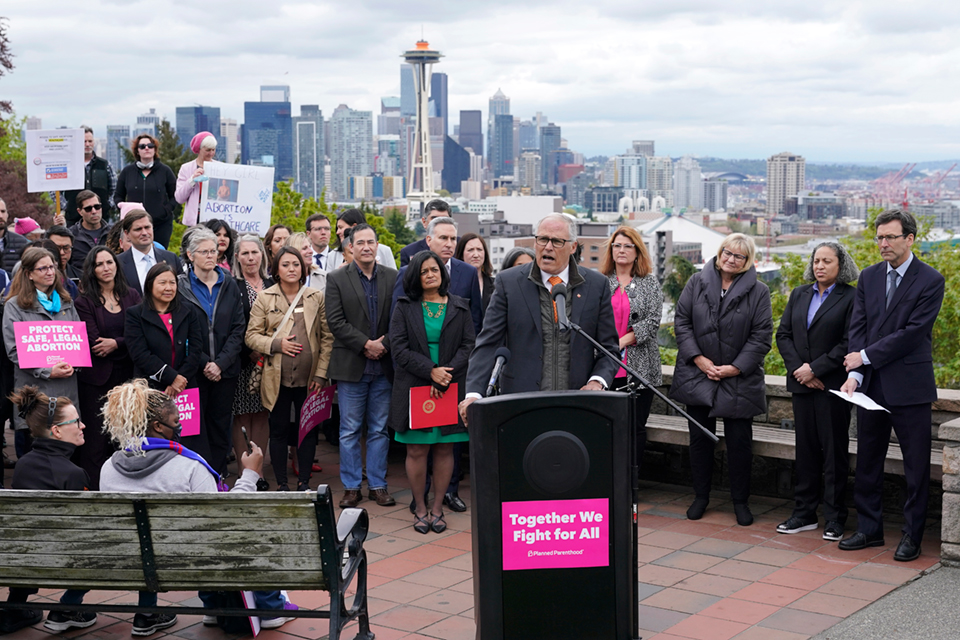 OLYMPIA, Wash. (AP) — Washington Gov. Jay Inslee decried a draft U.S. Supreme Court opinion that would throw out the landmark Roe v. Wade ruling and said the state would provide sanctuary for women outside the state seeking abortions and would explore ways to codify abortion rights in the state's Constitution.

Inslee, joined by other Democratic leaders at a rally Tuesday in Seattle, also said he would work to ensure the state had adequate resources to provide abortion services to those traveling to the state for the procedure.

The leaked draft of the U.S. Supreme Court opinion — which could change before the court is expected to officially rule next month — was published by the news outlet Politico late Monday.

Abortion has been legal in Washington state since a 1970 referendum. A 1991 ballot measure, also approved by voters, declared a woman’s right to choose physician-performed abortion prior to fetal viability and further expanded and protected access to abortion in the state if Roe v. Wade was overturned. And in 2018, the Democratic-led Legislature passed a measure that would require Washington insurers offering maternity care to also cover elective abortions and contraception.

Earlier this year, Inslee signed into law a measure that increases the number of providers who can provide abortions, granting specific statutory authorization for physician assistants, advanced registered nurse practitioners and other providers acting within their scope of practice.

The measure also prohibited legal action against people seeking an abortion and those who aid them, a move designed to rebut recent actions by conservative states. Conservative legislatures in several states have either passed or proposed new abortion restrictions in anticipation of possible changes to the 1973 Roe v. Wade ruling.

Washington’s measure, which takes effect in June, prohibits the state from taking any action against an individual seeking to end their pregnancy or for assisting someone who is pregnant in obtaining an abortion. 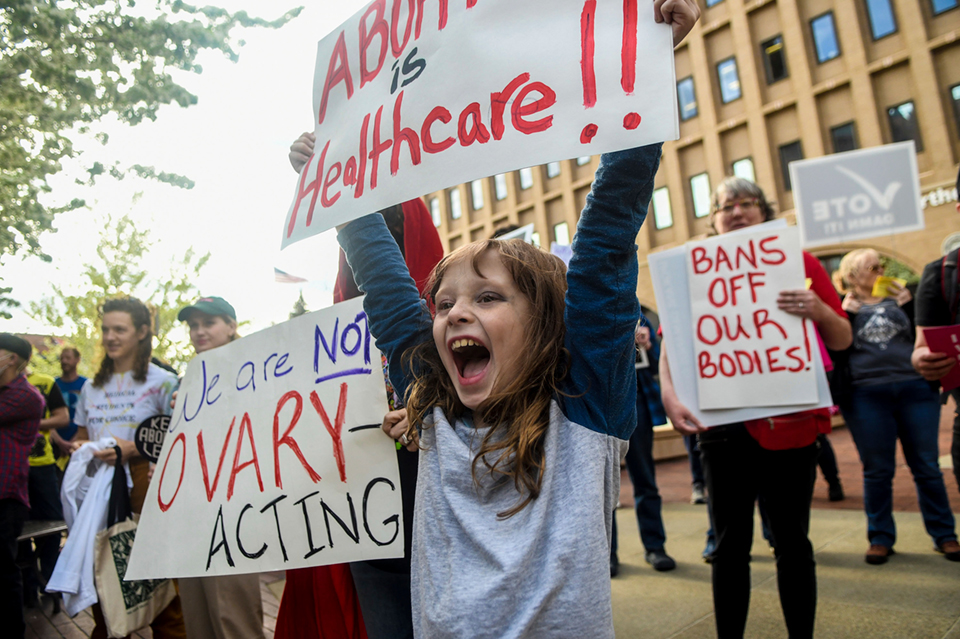 Eight-year-old SadieBelle Adams yells during the Planned Parenthood abortion-rights rally in front of the Federal Courthouse in Spokane, Wash., on Tuesday, May 3, 2022. (Kathy Plonka/The Spokesman-Review via AP)

The language is in response to a Texas law, which took effect last September, and which bans abortion after roughly six weeks of pregnancy and makes no exceptions in cases of rape or incest. The enforcement of the law is left up to private citizens, who can collect $10,000 or more if they bring a successful lawsuit against a provider or anyone who helps a patient obtain an abortion.

Democratic Speaker Laurie Jinkins said in a phone interview that a constitutional amendment to enshrine abortion rights in the state Constitution is hard to achieve “but that’s an option we would consider.”

She said for now though, her focus was to protect the current protections in state law and “to continue to make sure that everyone in this state has access.” 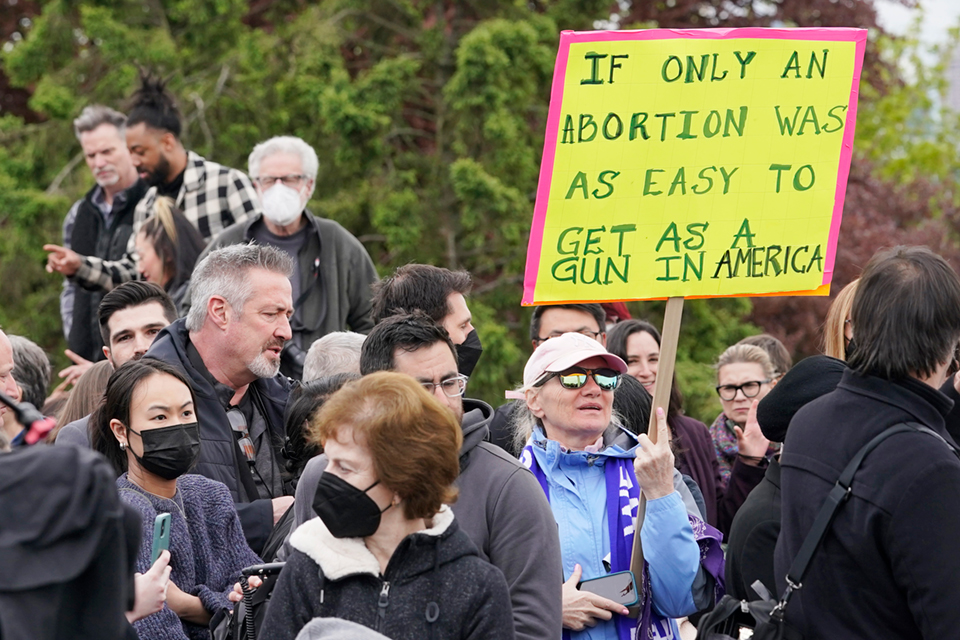 A person holds a sign comparing access to abortions to purchasing guns, Tuesday, May 3, 2022, during a rally at a park in Seattle in support of abortion rights. (AP Photo/Ted S. Warren)

Inslee also noted that the state Supreme Court could codify abortion rights in the state constitution, but said that would take litigation and time.

Senate Republican Leader John Braun said that the court opinion “does not change much in our state.”

“Democrats have been quick to point out that the law here in Washington continues to provide opportunities for abortion procedures,” he said in a written statement. “Whatever the law, whatever your politics, fewer abortions should be a common goal.”

Twenty-six states are certain or likely to ban abortion if Roe v. Wade is overturned, according to the pro-abortion rights think tank the Guttmacher Institute. Of those, 22 states already have total or near-total bans on the books that are currently blocked by Roe, aside from Texas. The Texas law banning it after six weeks has been allowed to go into effect by the Supreme Court due to its unusual civil enforcement structure. Four more states are considered likely to quickly pass bans if Roe is overturned.

Sixteen states and the District of Columbia, meanwhile, have protected access to abortion in state law.