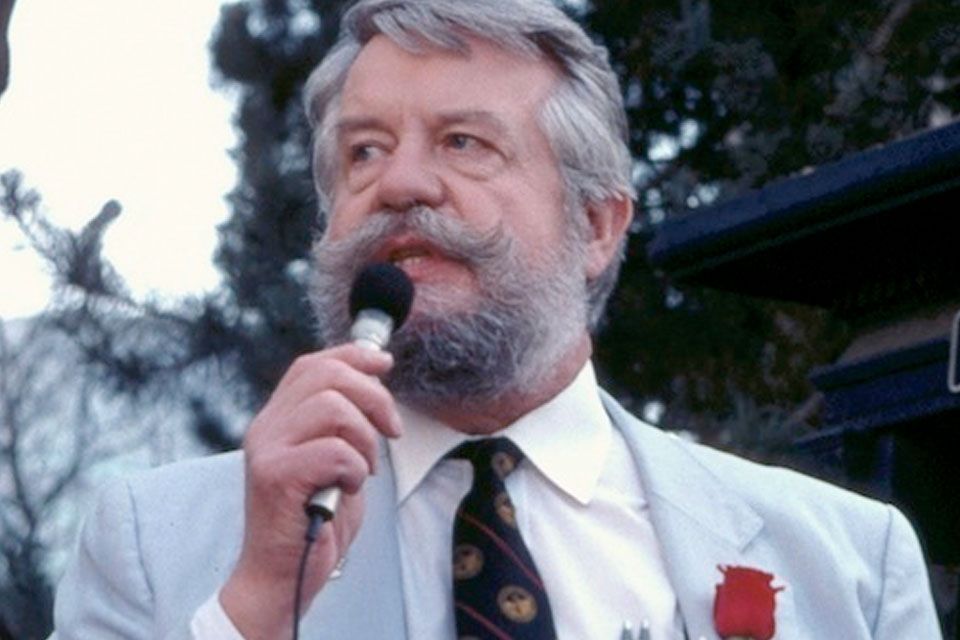 The late Portland Mayor, J.E. “Bud” Clark, and the positive impact he had on the City of Roses that he loved so well, will be remembered in a public celebration of his life on Sunday, May 15 at 1 p.m. at Portland’s Pioneer Courthouse Square. The event will include musical tributes, personal remembrances from family members and those who worked with him, and a "Bud Clark’s City" volunteer downtown cleanup produced by the non-profit, SOLVE. Clark passed away on February 1, at the age of 90.

Rachel Clark, daughter of the late mayor said, “My Dad would be so pleased that the citizens of Portland are coming together this way to celebrate his legacy, which by extension is celebrating his favorite city. He loved Portland deeply and showed through his actions how participation in volunteerism and community building is perhaps an individual's most important act.”

As Portland mayor from 1985-1992, Clark brought a sensible business philosophy to the city council. His focus on city budgets and careful administration of resources led to positive financial outcomes. His prudent fiscal management moved the city from the looming budget shortfall he inherited to ample re-serves left in place for his successors. All of this during a national recession.

Some major accomplishments of the Clark administration include the following.

The “other" side of Bud was truly, “The Citizen Mayor” who, as Portland’s premier publican, welcomed everyone as he had at his Spatenhaus Tavern and later at the Goose Hollow Inn. Bud brought national and international attention to Portland as a dynamic, community-minded and business-oriented city with appearances on The Johnny Carson Show and numerous focus pieces in the New York Times as well as coverage in many domestic and foreign newspapers and magazines.

For years, Bud had weekly, “Lunch With The Mayor” gatherings at city hall, where anyone could share a sandwich with the mayor, as staff carefully recorded their ideas, concerns and thanks for follow-up to address their views.

The Sunday event will include performances by The Portland Youth Philharmonic, Thomas Lauderdale (founder of Pink Martini) and Kathleen Saadat, the Mel Brown Quartet and the MarchForth Marching Band. A complimentary Ice Cream Social, provided by the local business Salt & Straw, will follow presentations.

Information about the “Bud Clark’s City” SOLVE downtown cleanup can be found at solveoregon.org. The cleanup will begin at 10 a.m., starting from Pioneer Court House Square.

All Portlanders are welcomed to the SOLVE downtown cleanup and event as a demonstration of community pride and rededication to help the city regain its national status as a premier place to work, live and enjoy.

In addition, the nonprofit organization Street Trust will coordinate a celebration of life ride to the Bud Clark memorial. The procession will gather at 11a.m. at Goose Hollow Inn on SW Jefferson street and depart promptly at noon. The slow-paced ride will pass by places of significance in Bud’s life and arrive at Pioneer Courthouse Square by 1 p.m. All ages and abilities are welcome. For more information, contact streettrust.org.

Many event expenses are being donated, and hard costs are being offset by individual and business sup-porters of Bud. An account to cover expenses to Celebrate Bud Clark has been set up at US Bank. All monies contributed to the event that are over expense costs will be donated in the memory of Bud Clark to some of his favorite non-profit organizations, Meals on Wheels People and the Portland Audubon Society. To make a contribution, please send checks payable to: