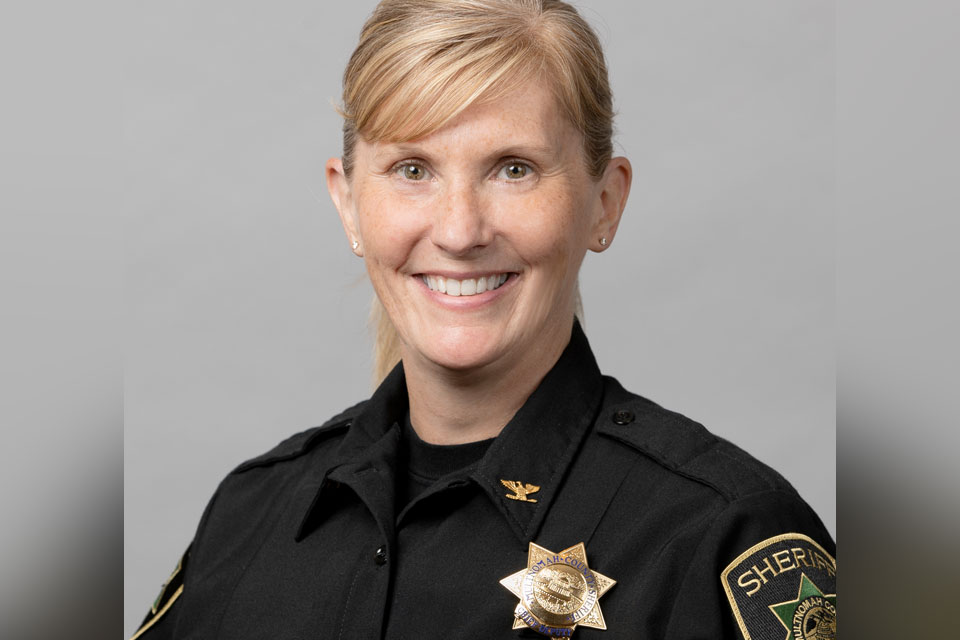 PORTLAND, Ore. (AP) — Voters in Multnomah County, home to Portland, Oregon, have elected a female sheriff for the first time in history.

Current Undersheriff Nicole Morrisey O’Donnell, a 26-year veteran of the agency, handily won the top job with two-thirds of the vote and will replace Sheriff Mike Reese on Jan. 1. Reese could not run for reelection due to term limits.

Morrisey O’Donnell called the day a win for the community and “trailblazers everywhere.”

”I promise to work every day to reduce gun violence, bring compassionate solutions to the homelessness crisis, and collaborate with partners to make our community safer,” she said in a statement.

“I know it’s a big task, and I’m honored and encouraged by your trust in me.”

Morrisey O’Donnell was hired by the sheriff’s office in 1996 as a corrections deputy and was appointed undersheriff in August, making her the first woman in Multnomah County to serve as second-in-command in the sheriff’s office. She previously led both the agency’s corrections and law enforcement divisions, overseeing public safety, river patrol and search and rescue operations, the newspaper reported.

She is certified as both a corrections and law enforcement officer.