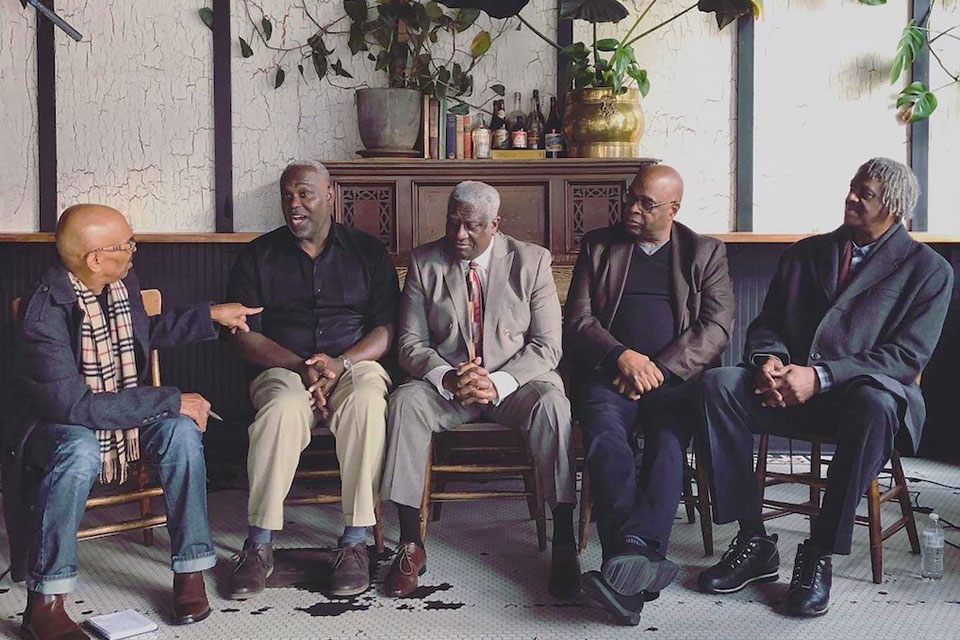 Portland’s jazz and soul scenes are rarely held up next to genre Meccas like Memphis or Chicago. As musician Charlie Brown III argues, it’s not for lack of talent. 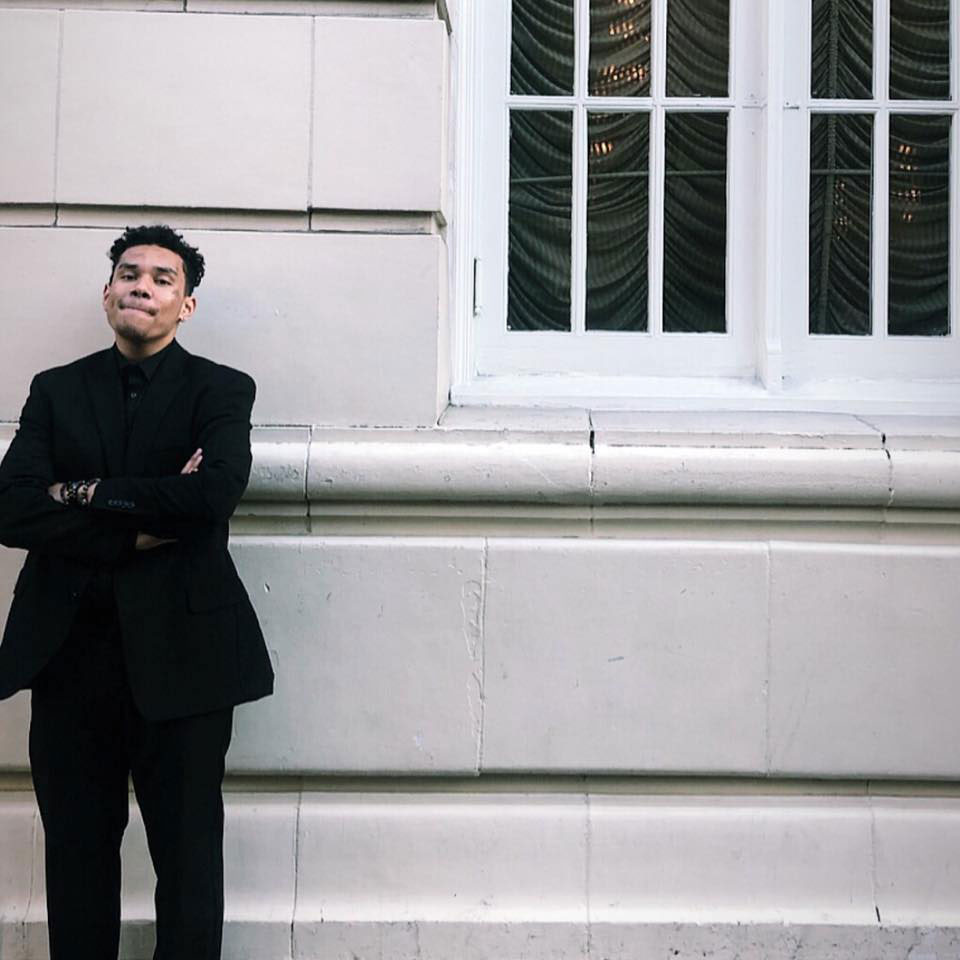 Charlie Brown III“There’s so much music history rooted in so many places, like in Memphis and Chicago,” Brown told The Skanner. “In Portland there’s kind of a lack of that, and with my generation, there’s not a lot of talk about what the Portland music scene was like, and what was being played.”

Brown is a multi-genre pianist who spends much of the year touring. He appreciates that growing up in Northeast Portland means he came up amid a vibrant, if under-acknowledged, music legacy.

This summer, Brown will partner with the elders of (Portland’s music scene), local contemporaries, and the folks at the Albina Music Trust and the World Arts Foundation to resurrect a local tradition with Time Sound: Albina’s Jazz Reimagined.

The event, scheduled for July 17 to close out the Cathedral Park Jazz Festival, is part of the larger Summer of Sound festival, and its lineup includes multiple generations of local Black artists. Sponsors include the city of Portland, the Oregon Historical Society, Vanport Mosaic and the American Rescue Plan Act.

“In that multigenerational piece, you have musicians like Tahirah Memory, Arietta Ward – their parents were part of the original Time Sound,” Bobby Smith, cofounder of the Albina Music Trust, told The Skanner.

“So you really are getting the next generation taking up the torch now.”

“It’s going to be a storytelling-type of thing,” Brown said. “We’re going to play some old cuts, we’re going to have elders speak on behalf of some of the old history, and about the Portland soul scene.

"It’s going to be a kind of generational potluck.” 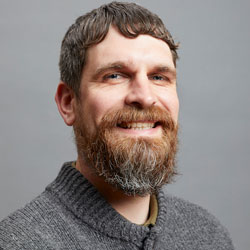 “It stemmed from a relationship between XRay.fm and the World Arts Foundation,” Smith said. “I helped found XRay, and as a community radio station we realized, ‘Hey, we’re located on Albina in the heart of what was once the Black community. We want to make space for some of the elders here,’ so we opened up our doors. The more we did it, the more folks, musicians, came through. Before long they were bringing photography and reel-to-reels and cassettes, and so we think we made good use of what resources we had to help digitize the material.”

Kenneth Berry, who sits on the board of the World Arts Foundation, has thrown himself into the archiving project. Over the past 50 years, has been active in the jazz and soul scene and music education in North Portland.

“I’ve been fortunate enough to have videos, audio tapes, etc., of materials of our performances over the years,” Berry told The Skanner. “Bobby has basically trained me to archive information (digitally). I have about 15, 20 barrels full of information – newspaper articles, pictures, video, audio tapes – and we’re doing that from our offices at the Black United Fund of Oregon. We have five people we’ve hired to help us to archive all of this information so we can make it available not only to civic and social organizations, but to the general public as well through the website.”

Seven years in, “the collaboration has deepened quite a bit,” Smith said. One of the Albina Music Trust’s focuses has been to release a line of LPs featuring recordings by North Portland artists, using recordings largely from the 1970s and 1980s. So far the organization has dropped albums by The Gangsters, Slickaphonic, The Legendary Beyons, Transport, and Carl Smith and the Natural Gas Company, with more releases planned in August.

“I think it’s important to make the distinction between what a music trust is versus a record label,” Smith said.

“The concept, originally, was to document this music and make it an arts and education-type opportunity, and not to be sort of a transactional relationship with musicians where we’re signing contracts.” 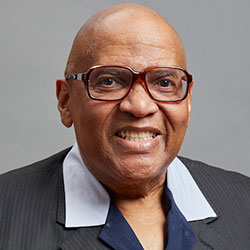 Kenneth BerrySome of these groups, like The Gangsters, did have their day in the studio long ago, only for their tracks to be stored away for decades. For others, like Slickaphonic, these albums are remastered recordings quite literally taken out of basement storage.

“With the lack of a recording industry in Portland, (Black musicians) were making these tapes and demos just to get gigs, rather than to record for the music industry,” Brown said.

As for groups that have yet to have their performances pressed onto vinyl, the Albina Music Trust is making their work available to stream online.

“This is memory activism,” Smith said.

“We’re in this to expose or amplify lost history.”

In fact, much of this year’s Summer of Sound is said to be shaped, by jazz musician and educator Thara Memory, who died in 2017.

“He was such a remarkable musician, he was like another Quincy Jones in regards to his understanding of music, his theory, his ability to communicate to others teaching-wise,” Berry said of Memory, whom he considered a close friend.

“I was a part of the American Music Program from middle school all the way through high school,” Brown said. “I’m the only musician in my family, but it just always stuck with me, it was always a moving thing for me. And then finding a good match in Thara Memory was definitely the turning point in my life, like, ‘I can do this seriously for a long time.’”

Brown added, “For me, Esperanza Spalding, and tons of people who are working in the industry right now, he curated a whole lot of kids coming out of Portland.” 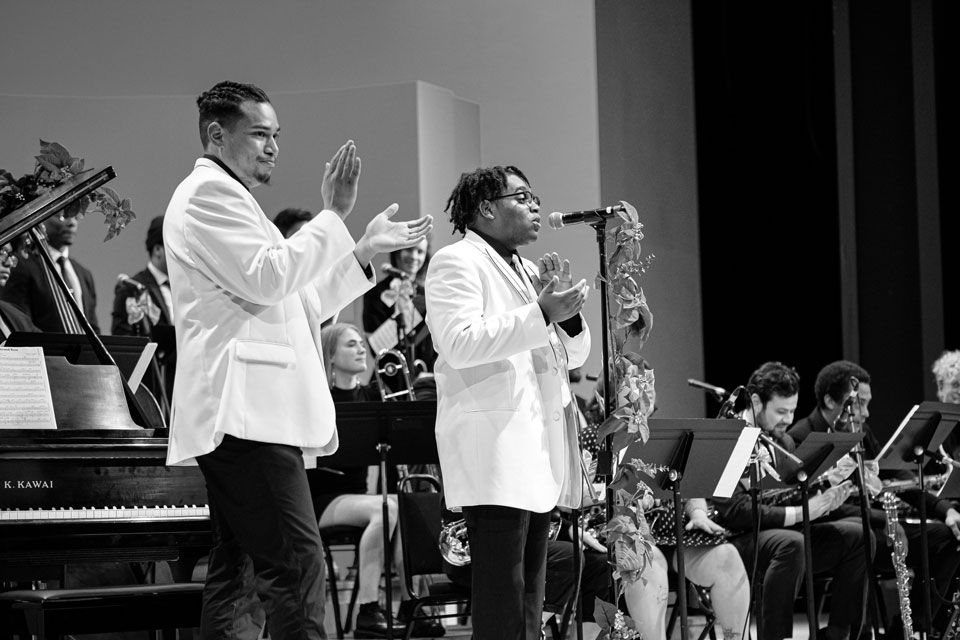 Musicians Charlie Brown III (left) and Domo Branch, both of the group Brown Branch, will play Time Sound this year.Berry met Memory in 1968, when Memory was passing through town with his band and needed an organist.

“At the time I was playing a B3 Hammond,” Berry said. “That was my orientation to Thara Memory.”

For nearly a month, the group performed at the Upstairs Lounge.

“Then Thara asked me, ‘If I stick around here, would you mind being part of a band?’ So we started this group called Shades of Brown. But Thara also wanted to do more than just be a musician. His background was instructional, teaching music down south in Florida. He wasn’t just a music teacher, he was also a band director who did a lot of stuff with marching bands and all that.

“He wanted to work with young people and adults. He put together a city-wide program to address some of the needs of musicians who were playing when they were younger, they became adults and they were superb, but they had some challenges in life, and had maybe given up on music. He brought them back together with other musicians he played with on a regular basis. That program became the Creative Jazz Orchestra, and we did a full concert at what is now the Keller Auditorium, where we raised funds for them.”

In keeping with the group’s name, Memory’s goal was to incorporate “everything from African drumbeats to Tchaikovsky,” Berry said. Soon, Berry got a vocal group together to accompany the orchestra.

Noticing that the group had a significant following of educators, Memory joined with Greg McKelvey, a longtime music teacher at Battle Ground High School, and band teacher Ronnie Harrison to create a smaller group for students: the Cultural Recreation Band.

The nonprofit “worked on getting funds to be able to provide instruments for kids, not just necessarily to rent, but pay those instruments off so those kids would have those instruments to be able to move forward,” Berry said. “And we’ve seen results with some of that. Esperanza Spalding for example, that’s one of the students from the program. There are others that went on and did professional work, all over the world right now, thanks to Thara.”

“That was how Time Sound actually began,” Berry said. “Thanks to Bobby Smith, Albina Music Trust, along with Charlie and Domo (Branch) – they’re kind of recreating what Thara did at the time. Trying to preserve his history, his memory, and also they’re products of Thara, and also we can’t overlook (pianist and instructor) Janice Scroggins, who was very instrumental in working with Thara over the years.”

Berry will serve as emcee at this year’s Time Sound.

“It's kind of a recreation of that era of Thara’s work and all of our work over the years of trying to make sure we’re preserving (this history), that we’re passing this onto young people, kind of like passing the baton on,” Berry said. “So Charlie and Domo (Branch), they’re basically going to be recreating some of Thara’s orchestration pieces, and we’re going to be able to kind of recreate that time and era that was so very important.”

Other Summer of Sound events:

Summer of Sound events are free.