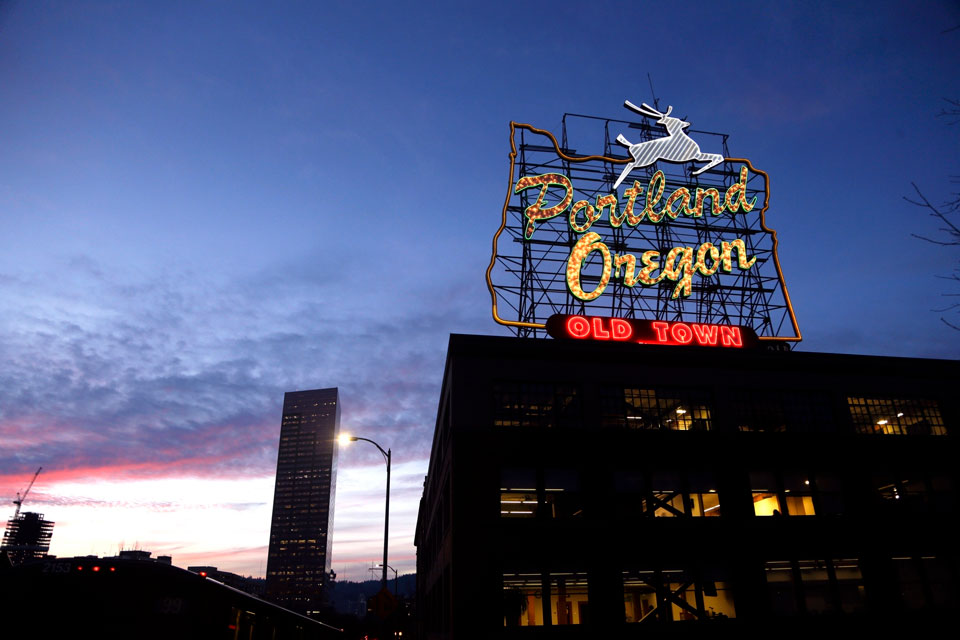 PORTLAND, Ore. (AP) — Portland’s official slogan is “The City That Works,” but after a tumultuous few years, many residents feel the city is anything but that.

Homelessness and gun violence are surging and parts of downtown are struggling, unable to recover from the coronavirus pandemic and the racial justice protests that gripped the city in 2020.

Now voters are deciding on a ballot measure that would completely overhaul City Hall. The proposal would scrap a century-old commission form of government that Portland is the last major U.S. city to use, and also implement a rare form of ranked choice voting.

The campaigns on these questions have been emotional, reflecting different visions of Portland’s future: one that maintains the city's reputation as a testing ground for unique ideas and upholds its unofficial slogan, “Keep Portland Weird,” and another that sets unconventional methodology aside in a quest for stability.

Portland is known for its progressive politics. But many residents now think it’s on the wrong track, thrusting matters of municipal bureaucracy into the political spotlight as outside funding pours in.

Pollster John Horvick has observed the shift in the hundreds of voter focus groups he's conducted over the last 15 years.

“In 2007, 66% of Portlanders on average that year thought the city was headed in the right direction. Now, it’s about 10%,” said Horvick, senior vice president of DHM Research.

“People are really upset with the way that the city is going.” 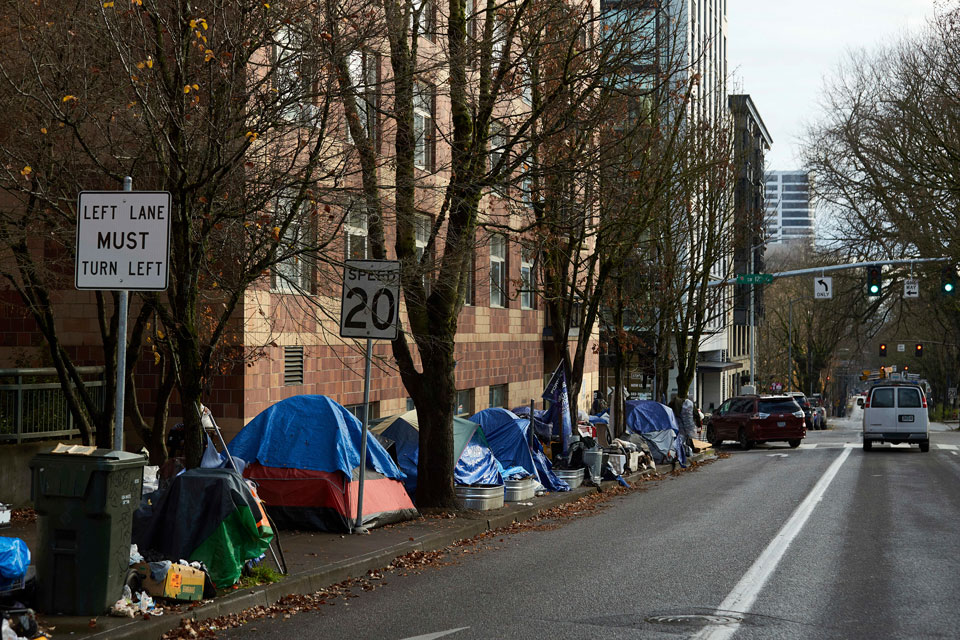 FILE - Tents line the sidewalk on SW Clay St in Portland, Ore., on Dec. 9, 2020. Residents of Portland, Oregon, next week will vote on a ballot measure that would completely overhaul the way City Hall works, amid growing voter frustration over surging homelessness and crime. It would scrap the city's unusual commission form of government and implement a rare form of ranked choice voting not used in any other U.S. city. (AP Photo/Craig Mitchelldyer, File)Reforming Portland’s charter has been on the ballot before, but has always failed. Under city law, a 20-person commission must convene every 10 years to review it.

The most recent charter review process kicked off in 2020, as protests over the police killing of George Floyd erupted nightly on Portland’s streets and a nationwide reckoning with racism prompted conversations about making government more accountable and equitable. The charter commission held public meetings and contracted with a local group, the Coalition of Communities of Color, for 18 months of listening sessions.

The result is Measure 26-228, which would get rid of the unique commission form of government, under which city council members act as administrators of the city’s various bureaus, and replace it with the more common mayor-council system. It would expand the City Council to 12 members, with four multi-member districts each represented by three councilors, and add a professional city administrator. And it would implement a form of ranked choice voting known as single transferable vote.

The changes were intended to make City Hall more inclusive, but no other U.S. city uses this specific voting system for multi-member districts in city council elections — a point opponents have seized on.

“Portland really has a history with experimenting,” he said. “Now, it seems like people are intent on experimenting with democracy itself.” 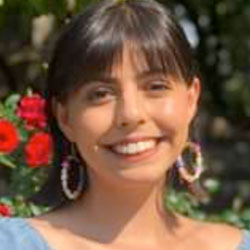 Supporters of the measure, such as the Coalition of Communities of Color, say it could boost voter turnout and make government more representative.

“It became clear that not only was there a problem with the structure of the commission form, but there was also a chronic problem of underrepresentation with the way that the current voting system is set up,” said Sol Mara, the group’s civic engagement manager who is also campaigning for the measure.

“Ranked choice voting ... would give people better ability to capture their preferences,” she said. 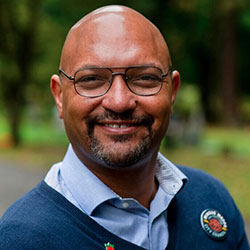 Commissioner Mingus MappsThe measure has been endorsed by local chapters of the NAACP and the American Civil Liberties Union. Portland United for Change, the political action committee working to pass the measure, has received tens of thousands of dollars in contributions from national groups that advocate for ranked choice voting, such as FairVote and Unite America.

Critics have denounced the outside spending and claim the measure is too complex at a time when many voters are questioning the integrity of America’s electoral systems.

“Why are we making this so complicated? It doesn’t need to be complicated.”

Mapps would prefer only one council member per district, elected using a more common form of ranked choice voting. If this measure fails, he wants a special election next year to decide separate ballot measures on the government structure and voting method.

But polls suggest that Portland's voters are too frustrated with the city's woes to care about potential downsides of the reforms.

“The likelihood of passage, no matter what was being put forward to voters, I think is much higher now than it’s been in the last century,” said pollster Horvick. “Just given the fact that, you know, people are mad.”

Claire Rush is a corps member for the Associated Press/Report for America Statehouse News Initiative. Report for America is a nonprofit national service program that places journalists in local newsrooms to report on undercovered issues. Follow Claire on Twitter.

Read The Skanner News Endorsements for the 2022 General Election.