Foreclosure Assistance Scams Flourish with Help from the Web 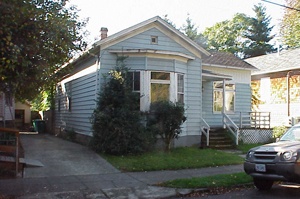 You may have seen the advertisements in online newspapers and magazines: "Start your FREE trials to find the best deals in your neighborhood!"
Inside, RealtyTrak.com – one of an array of such databases popping up across the Internet – lists thousands of properties in various stages of foreclosure, with satellite snapshots, tax and debt information.
For those willing to pay an initial $50 fee, Realty Trak.com provides the names and addresses of the property owners, the specific lending institutions they're indebted to, how far along they are on the slippery slope of foreclosure — and the dates properties are scheduled for auction on the courthouse steps.
This free flow of personal information creates problems for desperate property owners looking for a way to keep their homes.
"Every week people are coming around knocking on my door and calling me on the phone," said local roofer Henry Lynch (see page 1). "But they're offering less than the property is worth."
Washington State Attorney General Rob McKenna in September mailed more than 14,000 notices to Washington residents whose addresses appeared in public foreclosure listings, warning about "rescue" scams.
His office also worked together with county treasurers around the state to tuck the warnings into certified foreclosure documents sent to homeowners who've fallen behind on property tax payments.
Kristin Alexander of the Washington attorney general's office says the issue of foreclosures is growing in the Pacific Northwest, and the issue of foreclosure rescues is too.
"I received a phone call a couple days ago from a woman," Alexander says. "She had to refinance and thought she was going in for a refinancing appointment but the mortgage broker steered her to a private investor, who let the property go to auction and it proceeded very quickly."
People are signing contracts and thinking they're getting helped, "but it turns out to be anything but that," Alexander says.
Some are getting re-rental contracts where they think they are renting to buy back the house, but then are charged a rent that's bigger than the original mortgage. 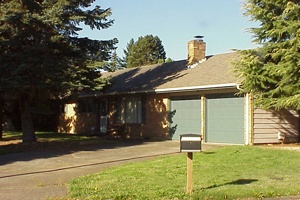 And when it comes to the wealth of information available to con artists through online foreclosure databases, the opportunity to craft an effective scam is all the easier.
"We're letting people know these offers are too good to be true," Alexander says.
Oregon Attorney General Hardy Meyer – set to vacate office in January – has overseen an expansion of consumer lending protections, but so far has not tackled the online database predators like McKenna's office has.
Earlier this year Washington's Consumer Protection Division settled its first database predator case against Florida-based Foreclosure Assistance Solutions; McKenna last week worked with federal officials to shut down another illicit mortgage lender's operations.
Florida-based United Home Savers was combing online databases of homeowners in foreclosure, and collecting cash upfront to keep their homes off the auction block. Then, the state says, the company simply took the money and ran.
"United Home Savers is a misnomer," Attorney General Rob McKenna said in a statement. "The company promised to rescue homeowners from foreclosure while looting the emergency change jars of families already at high risk of losing their homes."
In the more recent case, United Home Savers, LLP, of Clearwater, Fla., and owners Stephanie and Darin Dietschy, of Belleair Beach, Fla., were accused of violating Washington's Consumer Protection, Credit Services Organization and Commercial Telephone Solicitation Acts.
However while the company was forced out of business – and now also faces federal investigation – its owners were not required to admit liability, but rather "agreed to a consent decree that prohibits them from engaging in alleged violations in the future."
The agreement requires $100,000 in civil penalties against United Home Savers, which is suspended as long as the defendants comply with the settlement terms.
According to the state's complaint, filed last week in Spokane County Superior Court, United Home Savers advertised to "rescue" homeowners from foreclosure. The company charged fees starting at $1,200, in advance, with a refund if the "rescue" effort failed. 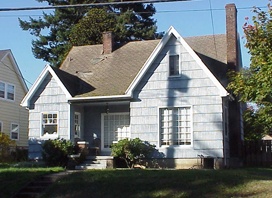 Assistant Attorney General Jack Zurlini said most clients received little or no help, and the company refused the promised refunds.
In another typical facet of these types of scams, the customers' contracts included a "fine-print" clause mandating that clients who contacted their financial institutions would forfeit their $1,200 payment and all services from United Home Savers would be terminated.
"Basically they were offered all kinds of help, the customers paid them all kinds of money and they agreed never to contact the mortgage company directly," Alexander says.
"The company's service contract was a trap," Zurlini said in a statement. "Consumers were entirely dependent on United Home Savers to fulfill its promise to save their homes and were unable to check with their lender to see if the business has even contacted them."
Currently, United Home faces a lawsuit from the Federal Trade Commission demanding restitution for its bilked clients.  If the federal court doesn't allow the FTC to pursue restitution, then McKenna says he may petition the Washington state court for refunds for Washington consumers.
In Washington, free foreclosure and homeownership counseling is available at www.homeownership.wa.gov or by contacting the Washington State Homeownership Information Hotline at 1-877-894-HOME (1-877-894-4663).