Tom Peavey of the Office of Youth Violence Prevention, John Canda of Brothers and Sisters Keepers, and Gang Outreach Worker Pernell Brown of CREW, hold an afternoon protest last week after an eruption of gang violence claimed the lives of at least three people in Portland. Canda said he plans to go out every day to a different corner on the city to hold his protest to encourage fathers to take a more active, positive role in the lives of their children 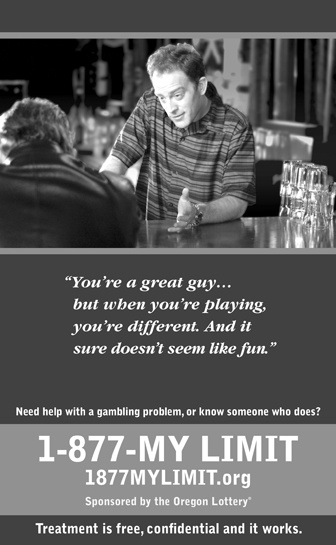 Gang violence, it seems, never goes away.
On Friday, city leaders and their law enforcement counterparts unveiled a multi-jurisdictional plan to crack down on a series of violent outbursts from gangs.
Dubbed "Operation Cool Down," police plan on reallocating officers to gang activity hot spots to target the most violent members of four groups. Three sergeants and 15 to 17 officers will be off day duty and on night duty.
Much of the focus of "Cool Down" is to enhance information sharing between all agencies responsible for handling gang activity – from Portland and Gresham police to the faith leaders and outreach workers.
With this new spate of gang violence, law enforcement is worried that the phenomenon is moving into new territory.
"There are no boundaries anymore," Sgt. Mike Leloff said.
Some questioning at Friday's press conference did reflect a feeling that all this has been done in the past. Gang violence is nothing new and this recent spate of shootings – most of which have been fueled by revenge for previous shootings – is not on the same scale as the violence experienced during the late 1980s and early '90s, when dozens of youth were killed.
Police say the incidents don't seem prompted as much by protecting Black market domination, and is, rather, sparked by personal slights and vendettas.
Rob Ingram, director of the Office of Youth Violence Prevention, says the recent increase in gang violence doesn't reflect an increase in shootings – the offenders just happened to hit their mark.
He counts 68 responses from the Gang Enforcement Team to incidences in 2008. He says many of those are shootings that didn't rise to the level of homicide because many gang members never took the time to practice marksmanship.
Police Commissioner Dan Saltzman said he wants to ensure grant money of $400,000 is available next year to supply gang outreach organizations with much-needed capital. Ingram said most gang outreach workers barely survive on their meager salaries and often use take-home pay to keep their non-profits afloat. He said his office is also looking at ways to approach this new crisis in a way that will prevent a press conference in January 2009 from announcing "Operation Heat Up."
After dealing with the gang problem in Portland for 20 years – gang experts and law enforcement credit 1988 with having the first gang-related incident – police and outreach workers are now dealing with second and even third generation gang members. Probation and parole officers are now working much closer with police to share information about those leaving prison.
Scott Taylor, director of the Department of Community Justice, says the average youthful gang member is in a gang for about a year.
"We go through a process to sort out whether it's a lifestyle (or whether it was by proximity or situation)," he said.
Erika Preuitt, district manager of the Department of Adult Community Justice, says it's important not to lump all gang members into one category. Some are there because family members, friends and neighbors are gang members.
"Assessment of each individual is key," she said.
Taylor said he is looking to try and receive grant funding from the federal Second Chance Act. The Act provides a funding framework to provide employment assistance, substance abuse treatment, housing assistance and other forms of help to keep ex-offenders from reentering the prison industrial complex.
But with all the assistance coming from the government, it can be difficult to forget some of the best ground-level gang prevention strategy out there – good parenting.
Last week, longtime gang outreach worker Jon Canda began stationing himself on the corner of Killingsworth Avenue and Martin Luther King Jr. Boulevard, holding a sidewalk sign that asks "Where are the Fathers?"
"There are a whole lot of young boys running around with one parent," he told The Skanner, while facing traffic with his sign held aloft. "We're campaigning to raise awareness that fathers need to be in the lives of their children."
That day, he was joined by Tom Peavey, of the Office of Youth Violence Prevention and Pernell Brown, a former gang member who now works as a gang outreach worker. He's encouraging others to join him every afternoon at a different street corner.
"I want to get to as many locations as possible," he said. "I want to keep 'em guessing. Asking why? What does that mean?"
Canda is currently working for Brothers and Sisters Keepers at their King Facility. He says he plans on starting a group help session for fathers on reconnecting with their sons and daughters. Anyone who wishes to join Canda can reach him on his cell phone at 503-519-6907.
"We can get 'em involved," he said. "We'll be advocating for them."