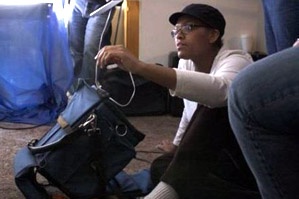 Some nine years after she first started college at age 17, Liz Vice can finally see light at the end of the tunnel. For Vice, who will be earning a degree in film from the Art Institute of Portland, the accomplishment not only makes her the first in the family to graduate college, it's also the beginning of a dream sparked by a debilitating kidney disease.
Vice was one of the lucky ones. She received a kidney transplant in 2006. And a month later, she started school at the Art Institute, intent on following through with her dream of becoming a feature film director.
"After the kidney transplant, I figured I'd go after something I've always wanted to do," she told The Skanner.
With graduation looming, Vice is in the final months of preparation for her senior thesis, "Her Name Was Mary," which will feature the first all-African American cast for a senior thesis film for the Art Institute. The film is a personal family story – when Vice's mother was a child, she taught her illiterate and ailing grandmother how to write out her own name. Mary, the lead character representing Vice's mother, is intent on getting a good education, despite the segregationist policies of the middle 20th century. 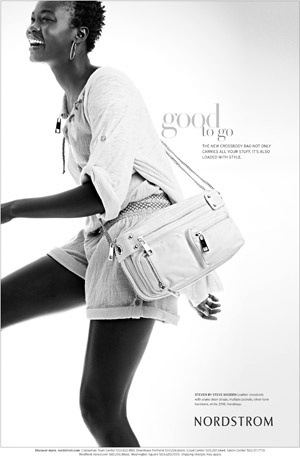 ar
"This little girl is going to practice anyway she can," Vice says. "She's going to write in her mashed potatoes, even when she gets yelled at, because it doesn't make sense how she wasn't allowed to go to school just because of the color of her skin."
Vice says she sees a lot of herself in the character of 6-year-old Mary. The film, while a fictionalization of a true event, will feature full-figured women, period clothing and, of course, singing the blues. Despite not growing up with her father in her life, Vice includes a male figure in the script – he just doesn't speak.
"I don't know what dads say," she says.
In her search for on-screen talent, Vice says she's had difficulties finding Black actors in Portland. She plans to hold auditions on April 18 and 19.
"It's hard for me to find them because many talent agencies aren't too diverse," she said. "You're more likely to see theater actors."

Going Against the Grain
Vice is not only a minority among a predominantly White school, she says being a Black female makes her stand out even more
"There's only a handful of Black people in the school, and a pinchful of Black people in the film program," she said of the Art Institute. "Most of the time, I'm the only woman in the class."
Her description of the diversity of training facilities for the entertainment industry also reflects the diversity of the industry as a whole. In an interview with The Skanner last month, Oregon Film Office Executive Director Vince Porter said the film industry has only been recently including more diverse directors and producers, including more women.
Vice is also a self-described Christian who won't include swearing or nudity in her films.
"I choose not to follow a lot of the crowd," she said. "Sometimes I do feel like the outcast cause you're not going to catch 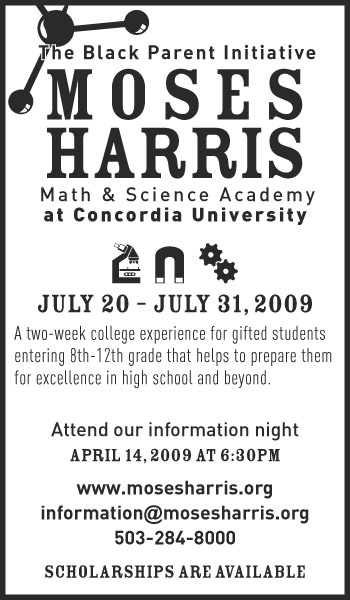 me swearing and drinking and smoking weed on set."
She even got flack for going back to film school. People suggested she'd be making a better decision by doing something practical, and then being a filmmaker on the side.
"I'd rather invest myself 100 percent," she said. "Regret just tears you up inside. Having this second chance in life, I don't have time for regrets, I just don't."
Now, her only focus is making a film to honor her mother and her family, and hopefully have a professional short film that will propel her into the world of feature film directing, a world where the Black woman is in serious short supply.

AUDITIONS
To contact Liz Vice about auditioning for "Her Name Was Mary" please email hnwm2009@gmail.com.