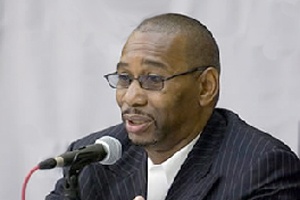 Hats off to Paul Allen! The Trail Blazers owner stuck around to achieve a winning lineup of managers, coaches and players. The Skanner admires his staying power and the work of Trail Blazers president, Larry Miller and general manager, Kevin Pritchard. Their strong and visionary leadership has restored the team's damaged reputation. Coach Nate McMillan and his assistant coaches have set a tone of discipline and respect that does Portland proud – in the Rose Garden and in our community.
Finally Rip City residents can once again feel proud of our hometown team. Because even when they go down in flames – as they did facing Houston in the first playoff game – the Trail Blazers are a team of winners.
It's almost hard to believe that just five years ago, basketball fans in this city had basically washed their hands of the so-called "Jailblazers".  Poor management and bad player choices had created a locker room that resembled a dive bar in a war zone. A fight could break out at any moment – and sometimes did. Immature players with more money than sense heaped shame on the team. 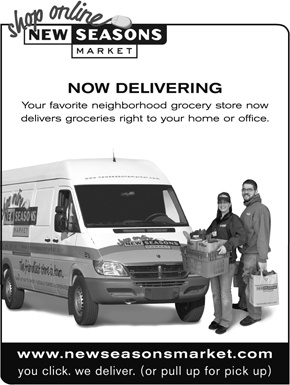 Their antics included illegal dog fighting (Qyntel Woods); cocaine and alcohol addiction (Shawn Kemp); and possession of street drugs (Damon Stoudamire). Under Bob Whitsitt, the Blazers signed Ruben Patterson, despite his conviction for sexual assault. They brought in Rasheed Wallace, a major talent, but too full of anger and attitude to fulfill his promise – especially in Portland. Profanity ruled – on court and off. If the goal was to drive away fans, it couldn't have been better planned. In fact, we know of players in the past who cursed fans who had the nerve to ask for an autograph. Where was the accountability? The franchise had no control over its players.
It represented a steep decline from the Blazer's glory days between 1977–1995, when a record 814 consecutive home games were sold out. Those Blazers made a wonderful contribution to Portland. The team sponsored the Blazer Boys and Girls Club in Northeast Portland. They held clinics, read to kids and attended youth events. They visited schools, hospitals and generally acted as responsible, caring adult men, inspiring the city's youth to be all they could be. That was why when Terry Porter first came to Portland, The Skanner sponsored his youth basketball program for four years. He offered young people a fantastic example of hard work, discipline and respect. That's the Trail Blazers brand we valued – and that's what we are finally seeing again: Players who encourage and inspire the youth of this city.
The young players on the team today have the opportunity to go just as far as Porter. They could end their careers as coaches, trainers or managers. So no matter how the Trail Blazers fare in the playoffs, they still are champions. From being the lowest, least respected team in the NBA, the Trail Blazers have become excellent sports ambassadors – and yes – role models for our youth.  They are champs because they are trustworthy. They are champs because they are responsible and hardworking. They are champs because they set a great example to the boys and girls who idolize them. What Do You Think?