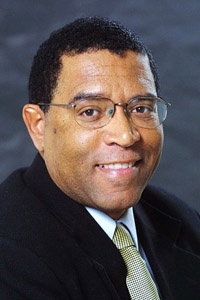 OAKLAND, Calif. (AP) -- Nearly two years after newspaper editor Chauncey Bailey was gunned down in broad daylight, the leader of a community self-help group Bailey was investigating is scheduled Wednesday to answer charges that he ordered the murders of Bailey and two other men.
Yusuf Bey IV, the head of the now-defunct Your Black Muslim Bakery, was indicted last week by a grand jury for the Aug. 2, 2007 slaying of Bailey, who was working on a story about the bakery's financial woes and internal strife.
Bailey's death prompted community outrage and a widespread investigation by the Oakland Police. The department's handing of the case later came under fire after prize-winning stories by area journalists carrying on Bailey's work exposed close ties between Bey and the lead detective, Sgt. Derwin Longmire. The detective is on paid leave.
Oakland Mayor Ron Dellums later asked the state Attorney General's office to conduct an independent probe.
Last week, a bakery handyman, Devaughndre Broussard, who admitted fatally shooting Bailey, struck a deal with prosecutors to plead guilty to voluntary manslaughter and testified before a grand jury that indicted Bey and Antoine Mackey.
"I think this the beginning of the end. At least I hope so,'' said LeRue Grim, Broussard's lawyer.
Anne Beles, Bey's attorney, did not return calls seeking comment.
Prosecutor Chris Lamiero, who announced the indictment last week, declined to comment.
Known as an outspoken community advocate, Bailey, 57, was the editor of the Oakland Post, a newspaper focusing on African American issues. He died on a downtown street from multiple shotgun blasts while walking to work.
Your Black Muslim Bakery, founded by the elder Bey, became an institution in Oakland's black community. It promoted self-sufficiency and ran bakeries, a security service, a school and other businesses.
Bey lost a bid for mayor in 1994. When he died from cancer in 2003, he was facing child molestation charges. The bakery shut down shortly after a police raid a day after Bailey's murder.
The bakery's site soon underwent a multimillion-dollar renovation to become an AIDS/HIV center.