Brian Stimson of The Skanner
Published: 07 May 2009 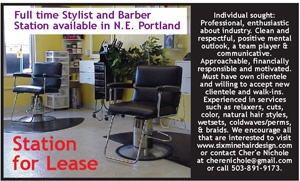 A bill that would require state colleges to interview at least one minority candidate for coaching or athletic director positions passed its first major hurdle on Friday.
House Bill 3118 passed the Oregon House 42 to 4 on May 1, a move that sponsor Rep. Mitch Greenlick, D-Portland, says will make it so "head coaches in Oregon will represent the players and fans of university sports."
The bill was modeled after the NFL's 2003 "Rooney Rule" which also requires that teams interview at least one minority candidate for a coaching position. The bill's creator, Sam Sachs, a former Western Oregon fullback who has a Black Studies degree from Portland State University, says the results of merely requiring a minority candidate be interviewed can be seen for themselves. Pittsburgh Steelers Coach Mike Tomlin and former Indianapolis Colts Coach Tony Dungy represent the kind of end result when minorities are given an interview slot in a profession that is overwhelmingly White. According to the Institute for Diversity and Ethics in Sports, only six of the NFL's 32 teams are headed by Black coaches.
"What is significant, both men are products of a rule that gave them an opportunity they otherwise might not have received to interview for a job they were obviously qualified for," Sachs said. "I've long been frustrated about the hiring process in college football at all levels that continues to overlook, minimize and disenfranchise an entire group of athletes and young men."
Although there haven't been many outspoken opponents of the bill, says Sachs, a column in Sunday's Oregonian by Elizabeth Hovde pointed out many of the arguments he's heard. Hovde argues that racial quotas don't mean much in a university system that is far more diverse than the state. She also says that any minority coach hired in Oregon would be perceived as an unqualified token.
Not true, says Greenlick.
"There is only one way to be hired as a head coach in college," he said. "and that is to be part of the final interview pool. All our minority coaches are asking is to fight for the job they think they are qualified for."
The bill does not include any kind of sanction or punishment if a university fails to interview a minority. During a House Education Committee hearing, there was concern that in some parts of the state, qualified minority applicants might not apply. Legislators say the institution would merely have to show it tried to attract minority applicants by advertising with the an organization such as the Black Coaches and Administrators Association.
Sachs, who is White and not a coach, says he's surprised the bill has received this much support. He has some concern that opposition will mount in the Senate, as the bill in its current form affects all collegiate sports in Oregon – a far cry from just football, his initial target.
For more information: Full Text of the Bill: www.leg.state.or.us/09reg/measures/hb3100.dir/hb3118.a.html.