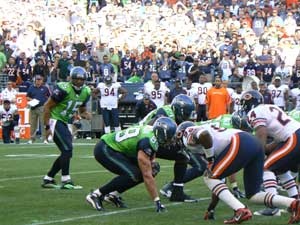 The Seattle Seahawks donned their new bright neon green jerseys for Sunday's game but lost to the Chicago Bears 25-19 at Qwest Field in front of a sellout crowd of 67,938 fans.
After Sunday's game, Seahawks coach Jim Mora was clearly upset and expressed displeasure at kicker Olindo Mare's two missed field goals inside 45 yards, "you've got to make those kicks…not acceptable, absolutely unacceptable."
"We'll look at making a change everywhere. We're not going to fight our asses off and have a field goal kicker go out there and miss two field goals and lose a game."
Mora backpedaled during Monday's press conference saying he would stick with Mare for this Sunday's upcoming game.
"I think I let the emotions of the game get to me…there are times maybe you set the bar a little too high sometimes."
Mare did make four field goals yet if he had made one more he would have been kicking to send the game into overtime after backup quarterback Seneca Wallace threw incomplete on fourth-and-2 at the Bears 39 with only 30 seconds left in the game. Wallace finished the game throwing for 261 yards on 26-of-44 passing and a touchdown with one interception.
"I put the team in a bad spot and made it difficult on Seneca at the end to score a touchdown," Mare said after the game. "I blame myself for that and I feel bad for all the guys in here who worked so hard all week to let it come down to one guy and screw it up for everybody. It's a tough pill to swallow but I'll be back." 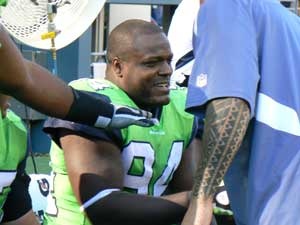 With seven starters out, the Seahawks struggled, their only touchdown came in the first quarter when Wallace connected to running back Julius Jones on a 39-yard pass. Jones ran for 98 yards on 19 carries.
Seattle led the game 13-0 at the beginning of the second quarter and appeared to have things in tune when Chicago started their attack with a 1-yard touchdown to tight end Greg Olsen and another 7-yard touchdown pass to receiver Johnny Knox and a 37-yard field goal putting them up 17-16.
Mare answered with a 39-yard field goal at the beginning of the fourth quarter putting Seattle within reach of a victory.
With only 1:52 left, Bears receiver Devin Hester caught a 36-yard touchdown pass from quarterback Jay Cutler and the Bears successful two-point conversion sealed the win for Chicago.
Seems like the same story from last year with more injuries to report early in the season; left guard Rob Sims has a strained oblique and is questionable to play this Sunday and Brandon Frye, replacing Walter Jones at left tackle, played through a strained groin and is hopeful to play against the undefeated Colts when the team travels to Indianapolis. Fullback Justin Griffith has a sprained knee and cornerback 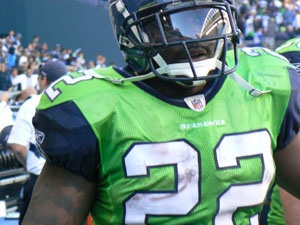 Ken Lucas had to leave the game early with a groin strain but is expected to practice this week.
"We will not use injuries as an excuse," Lucas said. "We felt like we played good enough to win this game but we just made too many mistakes during crucial times of the game and that was the difference between us winning and losing today. We're gonna keep fighting till we get this thing turned around, we're gonna learn from this game and get ready to face the Colts."
Quarterback Matt Hasselbeck who sat out with a fractured rib, status' remains unclear this week and Mora said Monday he didn't expect him to practice Wednesday, three-time Pro Bowl linebacker Lofa Tatupu is expected to return after a hamstring injury. Linebacker David Hawthorne, making his first NFL start, stepped up big in Tatupu's place with 16 tackles, an interception and forced fumble.