By Lisa Loving of The Skanner News
Published: 29 October 2009

Heavy drama is playing out during the final week of several election races in Washington state, where mail-in ballots are due at election bureaus on Nov. 3.

A federal judge Monday ruled against an "emergency" suspension of campaign finance and disclosure rules that might have helped anti-gay activists defeat Referendum 71, which would widen domestic partnership rights for same-gender couples and elderly unmarried couples. 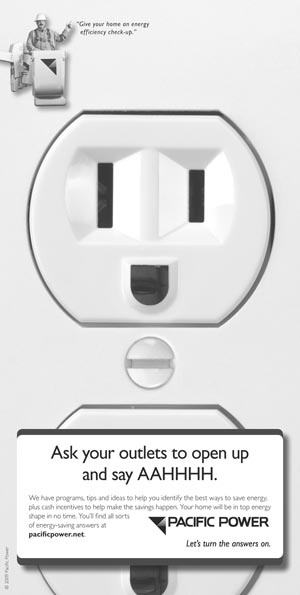 The Family Policy Institute of Washington's political action committee filed a last minute request in Federal District Court to suspend disclosure of its campaign contributors as well as limits on out of state donations, arguing the rules were limiting their ability to raise campaign cash in the run up to election day and that the campaign laws violate free speech rights.
In a statement praising the decision by Federal District Court Judge Ronald Leighton, the Approve 71 campaign charged that Family PAC has just one contributor, the New Jersey-based National Organization for Marriage (NOM).
"On the same day Family PAC filed its motion in Washington, NOM filed a nearly identical lawsuit in Maine, challenging the constitutionality of that state's financial reporting requirements," Approve 71 said in a statement Tuesday. "NOM is also the single largest contributor to a pending ballot initiative in Maine, where they are trying to overturn Maine's civil marriage equality law."
According to the Washington Poll, conducted by the University of Washington political science department, Referendum 71 is cruising toward victory.
However the poll also shows many undecideds in the Seattle mayoral race, the King County executive race and Initiative 1033, controversial anti-tax activist Tim Eyman's budget limitation measure.
Referendum 71 was a "yes" for 57 percent of registered voters in the poll, with 38 percent opposed; 5 percent were undecided.
"This indicates far-reaching support for same-sex domestic partnerships, and the finding is consistent with our three previous years of polling data," said Matt Barreto, an assistant professor of political science at the University of Washington, who leads the poll. "Referendum 71 appears headed for a large victory in Washington state."
Entire results for the latest Washington Poll are at its Web site: http://www.washingtonpoll.org/
If Referendum 71 passes, Washington will join California, Hawaii, Maryland, Nevada, New Jersey, Oregon, Wisconsin and the District of Columbia, in recognizing civil unions or domestic partnership for same-gender couples.
The poll showed that 40 percent of registered voters intended to approve Initiative 1033 while 49 percent intended to vote against it; 10 percent were undecided.
The measure's language says it "would limit growth of certain state, county and city revenue to annual inflation and population growth, not including voter-approved revenue increases. Revenue collected above the limit would reduce property tax levies."
In the Seattle mayoral race, 44 percent of registered voters said they're going to vote for Joe Mallahan while 36 percent said they're voting for Michael McGinn; 19 percent were undecided.
In the King County executive race, 47 percent of those polled said they plan to vote for Dow Constantine, whereas 34 percent planned to vote for Susan Hutchinson; 19 percent were undecided.
In 2008, poll results reflected the outcome of all three ballot initiatives. In 2007, when there were six initiatives, the Washington Poll conducted surveys on four and correctly predicted the outcomes.
The poll sampling error margin is plus or minus 3.6 percentage points.
Meanwhile, the King County Elections Bureau is holding an online interactive project encouraging voters to take photos of themselves filling out their mail-in ballot cards, with the theme "Where will you choose to vote?"
Taking a page from extreme sports calendars of the past, officials want voters to send in their shots – but "DO NOT include pictures of your actual ballot selections or images that show campaign messaging for an issue or candidate, or we won't be able to post your image," the instructions say.
"The answer could be as simple as "my kitchen table" or it could be more elaborate—like, "at my personal tailgate voting station before the football game," or, "while riding the new Link light rail," or even, "on the Alki water taxi at sunset, headed home from work."
Participants may send in their picture, or they can text in a message revealing their voting location.
Washington voters can either upload the photo to Flickr and email the link, or send an emailed j-peg along with your name and zip code to kcvotes@gmail.com View King County's new election blog and voter submissions of where they've chosen to vote at http://your.kingcounty.gov/votes/.