Proposal Could Save Bridge $650m

By Brian Stimson of The Skanner News
Published: 18 November 2009

The Project Sponsors Council for the Columbia River Crossing Project has released a new plan for cost savings on the multi-billion dollar bridge project.
The recommendations could save the project as much as $650 million dollars, reducing the price tag on the bridge from $4.2 billion to $3.55 billion.
In order to produce the cost savings, the project would eliminate north ramps for SR500, re-use the existing North Portland Harbor Bridge and change the design engineering of the bridge's substructure.
The plan will come before the Project Sponsors Council on Dec. 4 for approval. The meeting is at 10 a.m. at ODOT offices at 123 NW Flanders St. in Portland.

The refinements come at a time when longtime council member and Vancouver Mayor-elect Tim Leavitt says he will not support tolling on the bridge. Portland Mayor Sam Adams has also withdrawn his support for a 12-lane bridge.
Leavitt's opposition to tolling took a prominent place in his campaign for mayor, despite the fact that tolling will be decided by the state legislature, as well as state transportation officials, according to Columbia River Crossing spokesperson Carley Francis. 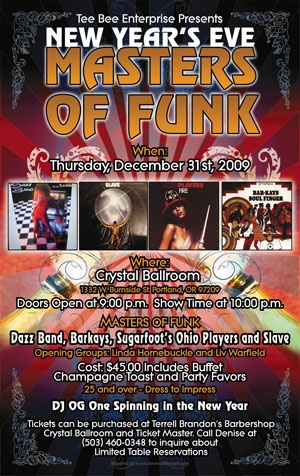 "None of it lies at the lower level," she said of tolling decisions.
Leavitt told The Skanner his opposition to tolling is not absolute, he just doesn't want to see a disproportionate burden of the cost placed on people commuting to work in Portland, who also pay Oregon state income taxes.
"It could be devastating to families and businesses," he said, of businesses running trucks over the river.
As mayor, Leavitt's focus has also changed. The C-Tran board member has long held a seat at the crossing council, but instead of focusing solely on public transportation, he will advocate for the city at large.
The crossing's sponsors are currently conducting a tolling study to determine whether tolls will be a viable funding and congestion-reducing option for the bridge. The Tolling Study Committee is currently looking how tolls would affect traffic in the region; what technology is available to collect tolls; and what toll rates should be considered.
Their next meeting is open to the public and will be held at 6 p.m. on Dec. 7 at Washington Department of Transportation Headquarters, 11018 NE 51st St. in Vancouver. They plan to deliver their final report to the Oregon and Washington governors and legislatures sometime in January.
Some residents of Hayden Island are unhappy about the proposed project changes.
"They want to build a 'Berlin Wall' down the middle of our island, demolish our only grocery store/pharmacy and put our primary cross street 22 feet below grade in a tunnel.," said Ed Garren, a longtime activist in a release. "We have a lot of seniors who get around the island either by walking, or using electric mobility chairs. How safe will any of them feel using a tunnel a quarter of a mile long and 21 feet below grade?"
Garren said the cost-cutting plan destroys many of the plans put together by the Hayden Island Plan Steering Committee and called for the project to be put on hold until more money can be allocated for the original bridge. Some of the cost-cutting measures, says Francis, will impact Hayden Island in a greater way than the original plans. By keeping the original North Portland Harbor Bridge intact, the height of the bridge over the Columbia will be lower and wider, possibly displacing the only supermarket on the island.
"We recognize it's a big concern among residents," she said. "And we're looking at ways to address that."
Other cost-cutting measures include a modified northbound entrance ramp from Marine Drive and the elimination of a lane merger "braid" from Victory Boulevard. The braid allows a more seamless merger of traffic onto the highway, but Francis says it's costly and not necessary.
The council will have the ability to modify the recommendations during their meeting on Dec. 4.
The Northeast Coalition of Neighborhoods is holding a forum on the impact of the Columbia River Crossing from 10 a.m. to 12:30 p.m. at Redeemer Lutheran Church, 5431 NE 20th Ave.
Attendees scheduled to speak at the forum include longtime minority rights advocate and former Environmental Justice Action Group director Jeri Williams; and students of the Sustainability Clinic at Willamette University College of Law.