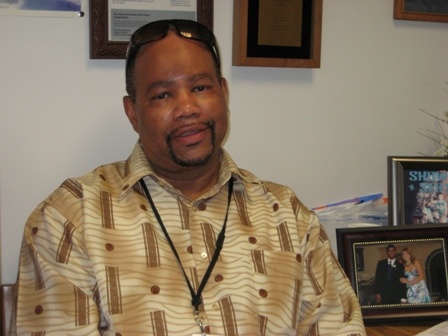 Growing up in South Central Los Angeles, Franklin "Ron" Weaver knows what effect gangs had on his old neighborhood, the education system and the social services. His own family has also been deeply impacted, losing several members to gang violence over the years.

"There is not one single variable that created this issue," he said. And there isn't a simple solution for solving it either.
According to Minority Services Director Lonnie Jackson of the Oregon Youth Authority, there has been an increase of violent attacks on youth and guards at state facilities that they believe are gang involved. In response, the authority has named Weaver as the gang management coordinator and is strengthening treatment regiments and tracking capabilities and are working to create a safer environment for all youth at the facility.
"Sometimes, what happens in the community trickles down to the facility," he told The Skanner News.
Weaver is helping develop a system that is tailored to a gang-involved youth's special needs. Much like the programs that target youth in custody for arson, sex crimes, or drug and alcohol problems, Weaver said these youth – Black, Hispanic, White, rural and urban -- all share similar characteristics.
"We have to understand that it's about reformation," he said. "These are people from the community and these are people that are going to return to the community. Who do we want to return, someone who's been caged like an animal?"
Or do people want someone returning who's had an opportunity to learn to survive in the outside world without resorting to robbing, solving problems with violence or dealing in prohibited items? While many gang-involved youth don't see a value on education – they do see the value in survival, Weaver said.
The new program's will encourage gang-involved youth to take a "holistic look at gangs" says Jackson, not just the part of gang life these youth find glamorous.
Currently, the agency doesn't track the education, employment or recidivism status of those youth they know or suspect of being in a gang. Jackson said the new system will work with the Juvenile Justice Information Center to track recidivism rates, placement and activities of gang-involved youth.
Weaver stressed that the system will not alienate those youth who are in a gang.
"We don't want to re-ostracize the ostracized," he said.
Gang membership typically affects mostly minority youth – primarily African American and Hispanics. Weaver said about 30 percent of his incarcerated youth are gang members, but "100 percent are affected by gangs."
Jackson says the disproportionate level of minority youth at the facility contributes to the increased level of gang membership within the walls of state youth facilities. Hispanics make up 27 percent of youth inmates; Blacks make up 12 percent.
A lot of what the program delivers is a message of hope, says Jackson.
But in a down economy, when it's hard enough to find a job when you've got a college degree and no criminal history, it can make it difficult to convey a sense of trust in the system to an already disaffected youth, he acknowledged.
"We don't blow smoke at them," he said. "We give them straight talk. It's going to be difficult."
He says developing the skills necessary for success in society – social skills, life skills – can be done, but it takes a lot of individual commitment. Both Jackson and Weaver say it's also going to take something more. It's going to take a community-wide commitment.
"We have to do things to create opportunities with businesses and employers," he said.