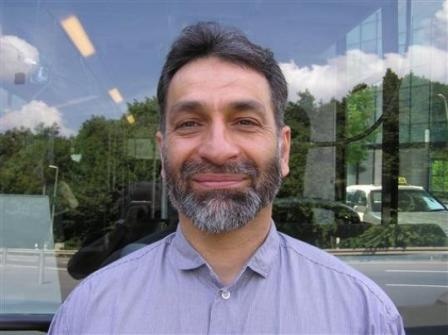 EUGENE, Oregon (AP) – In a case that has dragged on for 10 years, an Oregon resident originally accused of terrorist ties to Al-Qaida was convicted last night of tax evasion.
Former Ashland resident Pete Seda is the former head of the US branch of the Al-Haramain Foundation – a group whose prosecution resulted in a stinging defeat of Bush-era illegal wiretapping.
He faces eight years in prison on charges that he failed to disclose $150,000 on federal tax forms was an effort to smuggle money to Muslim fighters in Chechnya.
Seda's defense team argued unsuccessfully that the situation was an oversight by an accountant.
Prosecutors told federal court jurors during closing arguments Wednesday that Seda was a closeted Muslim radical with ties to groups that smuggled cash to support the mujahedeen in Chechnya. His attorneys portrayed the man as a friendly pillar of the community who stood for moderate Islamic principles.
Seda, also known as Pirouz Sedaghaty, pleaded not guilty to a count of conspiracy to defraud the U.S. government and a count of filing a false return with the IRS. He is not charged with terrorism. A co-defendant, Soliman Al-Buthe, faces the same charges but cannot be extradited from Saudi Arabia.
Jurors deliberated for about five hours Wednesday evening.
Although Seda is on trial on tax charges, prosecutors attempted throughout the trial to show his affiliations with international radical Muslim groups. Seda had been the head of the now-defunct U.S. chapter of Al-Haramain Islamic Foundation Inc., which was declared a terrorist organization by the U.S. government after the U.S. invasion of Iraq.
Prosecutors say he used the charity as a cover for smuggling the money to help Muslim fighters trying to overthrow the government of Chechnya before the 9/11 attacks.
Seda is accused of failing to disclose the money from an Egyptian donor in London on Al-Haramain's tax return. Prosecutors allege that in 2000, Al-Buthe, a foundation officer, took the money to Saudi Arabia without declaring the large sum, then deposited in a bank there.
Defense attorney Steven Wax said the money was for a tithe, and meant for refugees. Under Islamic law, tithes are prohibited from being used for anything besides charity for the needy, he said.
Wax also said that if Seda was conspiring to hide the money, he would not have hired an accountant to handle the foundation's tax return or warned the tax preparer that he anticipated an audit ``because (Seda) is a Muslim.''
Assistant U.S. Attorney Christopher Cardani said that if the money was for a legitimate purpose, Seda would have publicly announced it.
``If everything was on the up-and-up with Mr. Seda and his organization, why not broadcast to the world what he did, to get humanitarian relief to a war zone,'' Cardani said. ``He had a motive to conceal.''
Cardani said that since Chechnyan rebels have no state sponsorship, they must rely on global cash donations from Islamic charities to fund the fighting.
``(Donations) can disappear into the never-never land of terrorism,'' Cardani said. ``This is how wars are fought.''
U.S. District Judge Michael Hogan set sentencing for Nov. 23, 2010. Sedaghaty faces a maximum prison sentence of 8 years. Sedaghaty, who had been released on bail prior to and during trial, was taken into federal custody after the verdict.
Federal agents say the $150,000 at issue was wired from Cairo, Egypt to a bank in Ashland, Ore., where the U.S. chapter of Al-Haramain was based.
From there, the funds were converted into $130,000 in traveler's checks and a cashier's check for the balance. The funds were hand carried by fugitive co-defendant Soliman Al-Buthe back to Saudi Arabia.
"The traveler's checks were then cashed in for Saudi riyals at the Al Rahji Bank and disappeared, to be smuggled into Chechnya. Al-Buthe deposited the remainder into his personal bank account," the US Department of Justice said in a statement Friday.
"The lifeblood of terrorism is money – if we can stop the flow of money to violent extremist organizations, we'll be safer both here and abroad," said U.S. Attorney Dwight C. Holton. "By lying to the IRS about where this money went, the defendant sought to hide the true destination of this money."
"The FBI's role in battling crime takes many forms," said Arthur Balizan, Special Agent in Charge of the FBI in Oregon. "Our agents and our partners have to aggressively chase the evidence down whatever path we find… in this case, a trail of cash leading half way around the world. Once again, this case proves that partnerships between law enforcement agencies can bring solid, positive results for the American people."
Attorneys for the Oregon-based branch of Al-Haramain filed a lawsuit against the Bush Administration in 2006 charging that federal authorities violated the Foreign Intelligence Surveillance Act by authorizing warrantless wiretaps.
U.S. officials accidentally delivered logs of phone calls to one of the defendants in the case and two of his lawyers. The embarrassing political gaffe ultimately led to an unprecedented court ruling in March of this year against the president's illegal wiretaps, changing the legal rights of defendants in such cases.