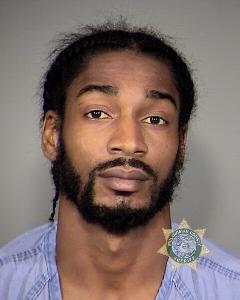 UPDATE: Ruben Mata, 32, a bouncer at Club 915 has been identified by Multnomah County Medical Examiner's office as the man killed outside the club early New Year's Day. Mata died of a gunshot wound.
PORTLAND, Ore. — Portland police have made an arrest in the shooting death of a 32-year-old man at a downtown club early New Year's Day.  Police say that officers reported a fight and then shots about 1:30 a.m. that sent several hundred people pouring out of Club 915. Police found the man lying on the ground at SW Second Avenue and Taylor Street.
The victim, Ruben Mata, died later at the hospital.
Police interviewed several people and then arrested 31-year-old Kevin Charles Moffett and charged him with murder in the man's death.
An officer who arrived at the club saw the victim lying at a street corner and fired his weapon as he dealt with "persons associated with the shooting." Investigators say no one was hit. Following police procedure after a weapon is used, the officer was placed on leave pending an investigation.