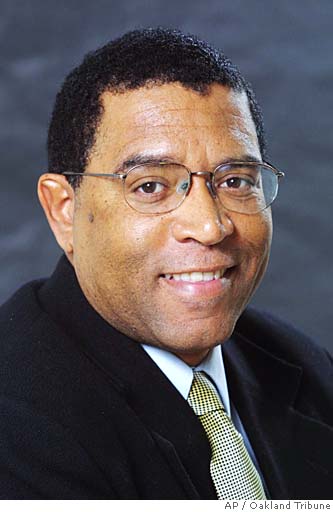 OAKLAND, Calif. (AP) -- A gunman testified Monday that he shot a California journalist three times in broad daylight on a downtown Oakland street to make sure he completed the killing ordered by the leader of a once-influential community group.

Devaughndre Broussard, the key witness in the triple murder trial of Your Black Muslim Bakery leader Yusuf Bey IV and another man, testified that he left after shooting Oakland Post editor Chauncey Bailey twice, then returned and shot him again in the head.

Bey is accused of ordering the killing of Bailey in 2007 because he was investigating the financially troubled bakery for a story.

Prosecutor Melissa Krum asked Broussard why he returned for the third shot.

"To make sure he's dead," Broussard said. "Three times would've made it for certain."

"Because he wasn't supposed to live," Broussard replied. 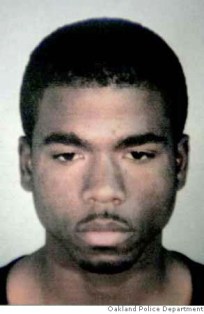 "According to?" Krum asked.

Broussard, 23, told jurors in Alameda County Superior Court that he was wearing a mask when he killed Bailey.

Broussard pleaded guilty to voluntary manslaughter after striking a plea deal that required him to testify for the prosecution against Bey and bakery associate Antoine Mackey, who is accused of participating in Bailey's murder and two others.

Broussard appeared calmer Monday than he did during his previous two days on the witness stand. Still, his testimony continued to be punctuated by inexplicable laughter, which defense attorneys have said puts his credibility into question.

Broussard laughed when he said Mackey had to go see his probation officer in San Francisco just hours after Bailey's death on Aug. 2, 2007.

Broussard said he and Mackey, who's accused of being the getaway driver, went back to the bakery after the killing and told Bey it was done.

Together, the three men drove by the crime scene. Bey later hugged Broussard and Mackey and said he loved them, according to the testimony.

Police raided the bakery the day after Bailey was killed.

Bey and Mackey also are charged in the murders of Odell Roberson and Michael Wills. The defendants have pleaded not guilty to murder charges.

Prosecutors said Bey ordered Broussard to kill Roberson in retaliation for the murder of Bey's brother by Roberson's nephew.

Mackey is accused of killing Wills at random after he and Bey had a conversation about the Zebra murders, a string of racially motivated black-on-white killings in San Francisco in the 1970s. Bey and Mackey are black, and Wills was white.