Shernay Williams Special to the NNPA from the Afro-American Newspapers
Published: 04 June 2011 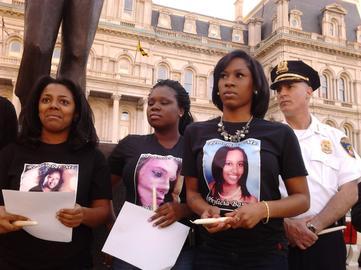 Like so many around the country, Victoria Kent was horrified by the disappearance of 16-year-old Phylicia Barnes.  But, while many residents merely followed Barnes' story, Kent, 23, was inspired into action.

It was at a local vigil for the teen that Kent decided Barnes and the countless other Black women who had experienced similar tragedies deserved better.  "The ceremony was poorly organized and very few people showed up on time," she said.

"I'm a young African-American female and I grew up in Baltimore and it was heartbreaking [to learn about Barnes].  I thought that there must be a lot of girls who have been raped and murdered and she got some coverage, but there are a lot that didn't."

This month, the Loyola University graduate and two friends formed Remember Me, an organization that memorializes Maryland's missing or murdered Black women.

Kent says a victim's story might initially appear in a newspaper, but by the following week, everyone has "forgotten about her," and she is merely added to the police's missing or murdered statistics.  "That's a tragedy," Kent said.  "If something were to happen to me or someone I knew, God forbid, I wouldn't want to be just a statistic."

According to the police department, four Black women have been killed this year and 18 were murdered in 2010.

The group plans to highlight one missing or murdered woman a month, holding vigils for the dead and a gathering called "Honk for Her" for the missing.  During "Honk for Her," the organization, along with supporters and the victim's family members, wield signs and photos at the location of the disappearance and urge passing drivers to honk their horns to bring attention to the woman.

Police spokesman Kevin Brown said groups like Kent's are "very helpful" as police conduct investigations into disappearances. "The commissioner is committed to working hand in hand with the community," he said, "and groups like this do lead to many tips being received that help in the investigations of missing person cases."

Tanise Ervin, a 19-year-old killed by crossfire outside a Better Waverly carryout last March, will be the first woman officially spotlighted by the group in June.

Kent is working on obtaining non-profit status for Remember Me and is teaming up with other groups with similar missions, including the human rights organization Power Inside, which supports women and girls who have experienced gender-based violence and oppression.

Kent's ultimate goal is for the group to maintain a national database of missing and murdered Black women and keep the memory of the victims alive.  "We have a lot of work to do," she said.