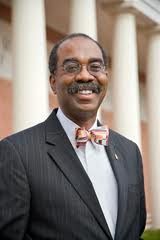 May 18, 2011, was HIV Vaccine Awareness Day, a time to remind ourselves of the worldwide effort to create vaccines to help prevent HIV infection and to boost the immune systems of people already infected with the virus.

The past three weeks have seen a flurry of activity around new and exciting potential HIV-vaccine concepts.

In Kenya, clinical trials began on two promising new designs for preventive HIV vaccines.  In South Africa, researchers launched clinical trials on a therapeutic vaccine intended to strengthen the immune systems of people living with HIV/AIDS.  And just last week, scientists at the University of Maryland School of Medicine announced their biggest research gift ever: $23.4 million to continue the university's decades-long work on an HIV/AIDS vaccine from a consortium led by the Bill & Melinda Gates Foundation.

"I don't think anyone can argue that this has been an exciting time," says Mitchell Warren, executive director of AVAC, originally the AIDS Vaccine Advocacy Coalition, the 16-year-old New York City-based group that advocates for the development of an AIDS vaccine and biomedical prevention.

Prevention technologies have been in the news lately--from the breakthrough microbicide research at the 2010 International AIDS Conference to the recent data on the potential of pre-exposure prophylaxis (PrEP) to help protect gay and bisexual men.  And, all have potentially serious implications for African Americans, who represent only 13 percent of the U.S. population but account for 45 percent of new HIV infections.

"There are three major areas of work right now around vaccines," Warren explains.  "On the one hand, there is a lot of work focused on doing better than what we did in Thailand, how to modify that vaccine candidate and improve upon it."

Announced in September 2009, the U.S.-funded "Thai Prime-Boost" trial--the world's largest, with 16,000 volunteers--combined two previously unsuccessful vaccines.  But, while a medical milestone (the vaccine reduced new infections by almost a third), it was not effective enough.

"The second major area of work is other new vaccine concepts. The trial in Kenya is one example," says Warren of the research being conducted in collaboration with the (IAVI).  The candidate vaccine affects both antibodies and cellular immune response and has been described as the most advanced AIDS vaccine design" likely to succeed.

Another major effort includes the early research dollars that the National Institutes of Health and the Gates Foundation are providing to the University of Maryland for entirely new vaccine concepts based on other scientific ideas.

The funding was awarded to the university's Institute of Human Virology, headed by the renowned Robert C. Gallo, M.D., who helped discover the human immunodeficiency virus that causes AIDS and later developed the HIV blood test.  If effective, the novel HIV-vaccine candidate would neutralize many different strains of HIV."   Previous vaccine candidates responded only to a single type of the disease.

"With the possibility of an HIV vaccine that could prevent many different strains of this disease, we could indeed be changing the world," says E. Albert Reece, M.D., Ph.D., M.B.A., dean of the University of Maryland School of Medicine.  Dr. Reece, who is African American, describes the new vaccine candidate's potential as "extraordinary."

The third major focus of research "has gotten a lot of people excited," says AVAC's Warren.  "That's been the discovery of more than a dozen new neutralizing antibodies.  For almost 30 years of the epidemic, there were only a few known antibodies. . . . Scientists broke the code and [can] find additional areas of the HIV virus that might be better targets."  Neutralizing antibodies defend cells from an infection by working to inhibit, or "neutralize," the pathogen's effect.

One recent example: Scientists in Oregon recently announced an experimental vaccine that helped monkeys with a form of HIV control their infections for more than a year.  This is the first time that a vaccine candidate has been able to "fully control the virus in some animals," Wayne C. Koff, Ph.D., chief scientific officer at the IAVI, told Reuters.

Some Progress on Therapeutic Vaccines

Positive developments have also occurred on therapeutic vaccines, intended to one day boost the ravaged immune systems of people living with HIV/AIDS.

Clinical trials on a vaccine candidate called TAT were announced at the University of Limpopo in South Africa.  Participants continue to take their antiretroviral medications (ARVs) as researchers investigate "what health restorative qualities the candidate vaccine has that ARVs do not possess," reports The Sowetan.

This approach appears particularly promising for African and Caribbean nations, where many patients do not have easy access to lifesaving ARVs.  An estimated 5.7 million HIV-positive people live in South Africa alone--more than in any other nation.

But, the stateside HIV/AIDS-treatment-and-research community is divided on the benefits of funding therapeutic strategies because many people are on ARV therapy, which is largely effective.  Stephen Bailous, vice president of community affairs at the National Association of People With AIDS</a>, defends the approach.   "We need to have hopes, and some of the therapeutic vaccines look really promising," Bailous is quoted by Scientific American.

"In the long term, the preventive vaccine is the goal standard," says Ben Perkins, associate director of community education at the Boston-based Fenway Institute.

"It's great that the PrEP study has shown that uninfected men who have sex with men can take medication and decrease their likelihood of HIV acquisition," he says.  "But, that is medication you have to take on a daily basis under medical supervision.  A vaccine is just a couple of shots; maybe later you get a booster. That's it."

In addition to doing community outreach and working with AIDS-service organizations around the country, "my job is also to talk about HIV-vaccine research and try to get people of color involved in trials," Perkins says.  A participant in the STEP-study phase 2 clinical vaccine trials, Perkins recently uploaded a video to YouTube discussing the importance of Black involvement.

"My childhood best friend died from AIDS-related complications in 1991 at 27 years old," Perkins says. "In addition, once I later came out as a gay man, my first partner had an AIDS diagnosis.  It's impacted me personally, and it's important to do my part to help find a vaccine. . . . We were able to eradicate smallpox through vaccine several generations ago.  I'd like to see the same thing happen with HIV."

Blacks and Latinos are generally underrepresented in clinical research.  There has been a nationwide, sustained effort by the NIH-funded HIV Vaccine Trials Network's Legacy Project to recruit more Black and Latino participants.  "In the United States, African Americans are at greatest risk for HIV.  Not to acknowledge that, or not to design our research around that, means we are reinforcing the very obstacles that the virus preys upon," AVAC's Warren reminds us.  "Whether it be for a vaccine, for a therapy, microbicide or PrEP, we need to make sure that diverse populations are enrolling in the clinical trials.

"But we will find a vaccine," Warren adds.  "There is no doubt, given all the recent advances."