Charging Stations Along I-5 in Washington Due This Year 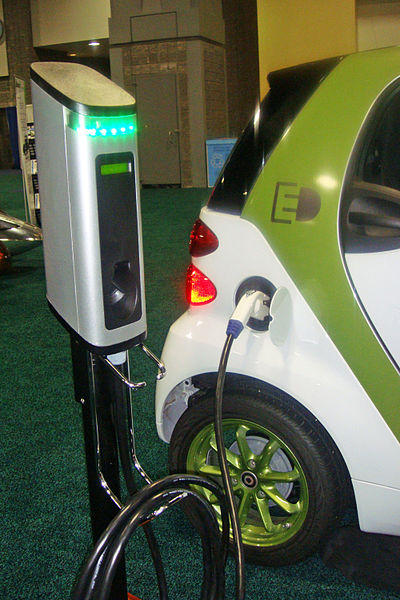 SEATTLE (AP) -- Washington state transportation officials on Wednesday announced a new initiative to place electric vehicle charging stations at key intervals along the West Coast's busiest highway - a development that should allow drivers to cruise the 580 miles from the southern border of Oregon all the way to Canada by the end of the year.

Proponents of the technology hailed it as a major step toward making the zero-emission cars with limited range a viable option for more Americans.

"This is exciting because it's the first time on a long stretch of highway that you have electric charging infrastructure," said Benoit Colin, of the Washington, D.C.-based Electric Drive Transportation Association. "It's going to really give confidence to people to drive along those roads."

Washington's Transportation Department announced they selected Monrovia, Calif.-based AeroVironment to install nine fast-charging stations along Interstate 5 within six months. The company is also installing eight stations along I-5 in Oregon this year. It's part of a proposed West Coast Green Highway that would eventually allow electric-car drivers the freedom to travel the 1,350 miles from Canada to Mexico.

Officials say drivers in Washington will be able to fully charge electric vehicles in less than 30 minutes with level-3 DC fast-chargers, or in several hours with level-2 medium-speed chargers. Drivers will have to pay to juice up, but the cost hasn't been determined yet, said Kristen Helsel, vice president of EV solutions at AeroVironment.

The EV Project, a partnership between the federal government and ECOtality of San Francisco, is separately working to install hundreds of publicly-available charging stations from Everett to Olympia. Washington state's green highway project will install nine stations along I-5 outside of that region - every 40 to 60 miles in the stretch between Everett and the Canadian border and between Olympia and the Oregon border.

"We'll have one of the longest, strongest EV networks in the nation," said state Transportation Department spokeswoman Tonia Buell.

Jon Hoekstra, a scientist with The Nature Conservancy in Seattle, already uses his new all-electric hatchback Nissan Leaf for most trips around Puget Sound, but he still relies on a different car for longer road trips.

"Our personal goal is to be able to drive to Portland," which is beyond the 100-mile range of his Leaf, he said. "Charging stations along the I-5 corridor would be very helpful for making electric cars a great option for regional travel as well as for urban transportation."

State officials and other supporters say the network will make electric vehicles more attractive to consumers and businesses and will be better for the environment. The push toward electric vehicles is seen as a way to reduce pollution as well as the country's dependence on fossil fuels.

"Most definitely we need quick charge station all along the I-5 corridor," he said in a telephone interview, while charging his neighborhood electric vehicle at a local market. "You use gas stations along the highway. If I'm driving an electric car, I'm going to need gas, only it won't be gas."

The charging stations along I-5 will likely be located at retail stores, shopping malls, gas stations or travel centers with easy highway access. The idea is to put them in places where drivers can also access services while they're waiting for their cars to charge, said AeroVironment's Helsel.

The Nissan Leaf, Chevrolet Volt and Tesla Roadster are among the cars that would use the charging stations. As of last December, there were about 1,425 electric vehicles in Washington, according to the most recent state licensing figures.

Buell said the number of electric vehicles in the state is growing, with about 300,000 predicted in the next decade.

Rik Katz, a Seattle school teacher, said he's looking forward to taking his newly purchased Nissan Leaf everywhere, including on a future trip to Vancouver, British Columbia, about 120 miles north of Seattle. "The big thing is you have to plan a little bit more," said the 51-year-old, who was confident he would be able to charge up his new sedan.

Peter Moulton, who lives in Olympia and works as the state's bioenergy coordinator, said his Nissan Leaf gets about 80 miles at freeway speeds.

"I can get to Seattle and get where I'm going without too much range anxiety, but I better be going someplace that has a charger," he said.