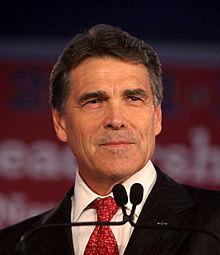 TULSA, Okla. (AP) -- Republican presidential hopeful Rick Perry said Monday that no new economic stimulus package is needed to "get America working again," but he declined to give specifics about how his still-unannounced plan to jumpstart the nation's economy would create jobs.

During an appearance at the Tulsa Press Club, Perry said he would let his "guiding principles" as a fiscal conservative inform his policies. But when pressed for details, Perry resorted to general statements he has often repeated on the campaign trail.

The Texas governor, the newest entry into the 2012 GOP presidential field having announced his candidacy just over two weeks ago, has yet to release a national economic plan.

His campaign often cites the 1 million jobs Texas added in a decade that ended with a national recession. Some critics, however, point out that many of those new jobs are low-paying and the product of a low cost of living, so they question how much credit Perry's business-friendly policies actually should get.

At the Tulsa event, Perry said the nation's "entrepreneurial spirit" would create jobs and that his tax policies would allow Americans to keep more of what they earn. He said his tax system would be "light on job creators" and called for a more predictable legal system "that doesn't allow for over-suing."

While he shed little new light on his campaign's economic plan, nor did he directly attack President Barack Obama's. Instead, he simply positioned himself as an alternative.

"We have seen a clear thirst for leadership in this country," Perry said.

In the oil-rich Southern Plains - the Tulsa oil boom was so big a century ago that huge containers had to be built around town to hold the overflow. Perry called for additional development of the U.S. nuclear energy industry so the country can become as energy independent as possible.

"It's not our interest to go it alone," he said. "We respect our allies and we must always seek to engage them in military missions. But at the same time, we must be willing to act when it is time to act. We cannot concede the moral authority of our nation to multilateral debating societies, and when our interests are threatened American soldiers should be led by American commanders."

Perry did not elaborate on what kinds of world bodies he was referring to, but the Obama administration has backed NATO-led airstrikes in Libya. The Libya operation is being run by a Canadian general from a NATO headquarters in Italy, but an American officer is the top NATO commander - and always has been.

Associated Press Writer Will Weissert in San Antonio contributed to this report.