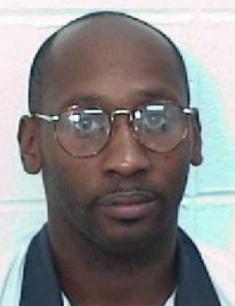 Case Summary
The case of Troy Davis, who at age 42 was executed by the state of Georgia, has grabbed the attention of onlookers from around the world. In 1991, Davis was convicted of killing an off-duty policeman, Mark MacPhail, but Davis and others have insisted for years that he did not commit the murder, pointng to the fact that a number of eyewitnesses--whose testimony was central to his conviction--have recanted all or some of their accounts.

Supporters of Davis held vigils worldwide as Davis was set to be put to death on Sept. 21, 2011. They stationed themselves outside Georgia's death row prison in Jackson, Ga., and at U.S. embassies in Europe. Supporters included former President Jimmy Carter, Pope Benedict XVI, a former FBI director, the NAACP, as well as conservative figures and celebrities such as, Big Boi, Russell Simmons Kim Kardashian. The U.S. Supreme Court gave him the unusual opportunity to prove his innocence in 2010 and the nation's highest court again considered the case on the day of Davis' scheduled execution. Both efforts failed to remove him from death row.

Read the full story: Execution nears, worldwide protests
More Press
The Independent: Is this one of America's worst miscarriages of Justice?
The Guardian: 10 reasons why Troy Davis should not be executed
Death Penalty statistics around the world
The Atlantic: Why We Care
Slate: Dahlia Lithwick on the Impact of the Troy Davis Case
The NAACP has a petition online. Sign petition Also Rev. Al Sharpton and the Rev. Jesse Jackson will be speaking at a press conference 3pm Pacific. 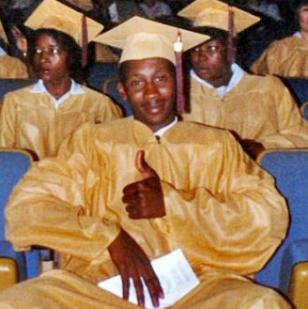 In Georgia, stand with us, saying "NOT IN MY NAME!"
a) Capitol vigil – 6pm
b) Prison vigil – 5:30pm across the street from the prison at Towaliga County Line Baptist Church (153 Short Road, Jackson). Take I-75 to Exit 201 and head toward the Hess gas station (turn left (east) off the interstate if heading south on I-75) on Barnesville-Jackson Rd. (Ga 36) and turn right past the gas station.
This is a time to be heard, not a time to submit. And please remain respectful to those who answer the phones. There is no need to be rude or to yell – the strength of our message will come through the volume of calls we generate, not in the decibels of our individual voices.

On Wednesday Sept. 21 Troy Davis was awaiting execution on Death Row in Georgia. Democracy Now reported live from outside the prison from 3 pm.

Vigils are being held around the country at 3pm Pacific should the execution not be halted.
Portland, OR: Pioneer Courthouse Square, 701 Southwest 6th Avenue, Portland, OR – 3:00pm PST
Seattle:  401 Pine Street, Seattle, WA 98101 (Westlake Park) – 3:00pm

UPDATES
7:38 Prison officials say execution will proceed within half an hour says Democracy Now.
7:30 Supreme Court has denied the stay. Troy Davis' life will not be spared.
6:00  Larry Cox: 'At any moment we could get terrible news."... "It confirms what many people already know, which is that it's almost certain that if you continue to use the deathpenalty you will execute innocent people. We know that at least 100 innocent peoplehave been executed who were later proved innocent by DNA evidence."  Says prosecutors continued to move forward even after seven witnesses recanted.

5:54 Justice Clarence Thomas from Pinpoint Georgia is weighing the case. protesters praying for God to enter the deliberations.
5:50 A lot of police arriving at the prison. Sirens. Protesters praying. Waiting.  Rev. Warnock: "This is a peaceful, prayerful gathering. Sometimes the police themselves don;t do a good job of staying calm. The sirens are as much provocative than helpful." Says the fact that Davis is still alive is cause for hope.

5: 47 Ben Jealous president of the NAACP: "it's a miracle that we are praying for, We are hearing word that a decision may be imminent. Let us pray together.
5:46: Davis' sister pleads with the Supreme Court Justices to look fairly at the facts of the case with the passion for Justice that brought them into the law. She says she is praying for a long stay, long enough for a complete review.

5:38 Martina Corriea Davis Davis' sister and a former military nurse, speaks about the fight to prove her brother's innocence. She says there is a lot of racial bias in the judicial system despite changes. I taught my son: "Don't allow the color of your skin to dictate your future. And I'm proud of him."
She says of the five witnesses requested by her brother two were refused with no recourse at the last minute. Also she says, she could not be inside with her brother because in Georgia nobody in family or on the prisoners visiting list is allowed to be a witness.
Amy says helicopters overheasd and a significant police presence. Corriea says on precvious occasions dogs have been present on patrols through the protesters. That shows the old south, she says, and it's time for the new south.
5:24 Police cars arriving outside the prison. Goodman notes protests areunderway all over the world as well as across the nation.  Ben Jealous:

5:17: This is the fourth death warrant issued and Davis has been reprieved at the last moment before.
5:15 Protesters outside the prison tell Amy Goodman that they were allowed to bring only water as they wait and if they leave cannot return. Ben Jealous: Justice Clarence Thomas has taken up this case with the court. Jealous: You need four Justices for a stay.

5:04 pm No news Twitter feeds: Dear Georgia and  Who is Troy Davis and TooMuchDoubt
5:00 pm: Ed Dubose, Georgia NAACP chair talking to Amy Goodman. This case represents everything that is wrong with the death penalty, he says. It shows up so many flaws in the Justice system: Mistakes such as expert opinion about the gun used in the murder that later was contradicted by later findings.

4:55 Pacific, 7:55 Eastern: Protesters waiting outside the prison for news. Singing and praying. Hopeful.
4:42 Goodman says that several jurors in case have said if they knew waht they now know they would not have convicted Davis.
4:37 Rev. Warnock says the Justice Department should look into the witness alegations of being coerced and intimidated. President Obama says it would be wrong for the White House to weigh in on an individual case, but Warnock has asked the Justice Department to do so.

4:34 Rev. Warnock: Dr. King was unequivocally opposed to the death penalty, and so was his wife Coretta King.  They felt that the only Christian response to the death penalty was No.  It was consistent with his nonviolent philosophy. America is being transformed tonight.
4:32 Davis nephew Dejohn talks about his uncle and their relationship. He is 17 and Davis has been in prison his whole life.

4:29 Rev. Raphael Warnock, pastor of Ebeneezer Baptist Church in Georgia as was Dr. Martin Luther King. (Jr. and Sr.) This is a turning point. People have to ask themselves: If Troy Davis was not black, and if Officer MacPhail was not a police officer would we be where we are? Says two people on the list to witness for Troy were told at last minute they could not be at the execution. In Georgia, the prisoner's family are not allowed to be there.
4:27 Still waiting for news of Supreme Court ruling.

4:05 Stay of execution Cheers. Thanks God We believe in the Justice system. We believe in America.
4:00 pm Pacific 7pm Georgia time: No word from Supreme Court.  Larry Cox Amnesty International says "We are not going to let Troy Davis fight stop here."

3:58 Jealous: it's clear the president has no power. It's really up to the Supreme Court.
3:51 Jealous: One of the witnesses reported that Sylvester Coles confessed to her he killed officer MacPhail.  She says she moved and went into hiding because he threatened her.  Three witnesses will be at execution at Davis' request.  At the scene hands are raised in prayer, surrounding the Davis family. Students from Morehouse., Spelman and Clark Atlanta at the scene.

3:47 Only 150 people allowed to be directly opposite prison. More than 1000 nearby. Amy Goodman reports a couple of arrests. Ben Jealous, president of the NAACP says he is still hopeful. "Troy Davis is a man whose faith makes you believe in miracles." Says people are prepared for a funeral but also for a miracle.
3:45 15 minutes until the scheduled execution.

3:44 Davis family arrives at Georgia Diagnostic Prison in Jackson. Democracy Now producer estimates more than 1000 people praying and demonstrating.
3:41 Larry Cox of Amnesty International calls the execution one of the most terrible travesties of justice. Millions of people around the world are demonstrating outside of US embassies -- in France, in Mali, in Germany and the UK. "not because they don't want justice for the MacPhail family, but because they do want justice for Troy Davis". Says 'too much doubt' about Davis' innocence. Says the only way to make sure no more innocent people are executed is to get rid of the death penalty.

3:40 Georgia rapper Big Boi. Troy is from my home town of Savannah Ga. "if you're going to execute a man you better be sure he's 100 percent guilty."
3:36: Rev. Sharpton vows to take the fight to Washington.  "We will not be this vulnerable again. Says that the execution is a result of a system that punishes those who can't afford to defend themselves properly. "There's race in this and there's class in this."

3:32 No evidence left. All the world is watching. Talks about the previous reprieve and the impact on Davis family of repeated execution dates and reprieves.  "There must be federal laws that prohibit states from convicting people solely on eyewitness evidence." Stresses the lack of physical evidence tying Davis to the crime. We are not asking for favors but justice.
2:29 Rev. Al Sharpton "There is no justification at all for being in this place again awaiting the execution of a man who has not been proved guilty beyond a reasonable doubt. Says the system is inflexible and has not looked fairly at the evidence, that seven of the witnesses recanted and another named a man who she says confessed. When witnesses say they lied or were coerced, Why are we looking at Death Row tonight?"

3:26 Roslyn Brock, NAACP Board chair says  'overwhelming evidence points to Davis innocence". The NAACP stands in opposition to the death penalty. African Americans make up only 13 percent of the US population but more than 50 percent of Death Row prisoners.  Brock says Davis is uplifted by his faith in God. We must fight against the death penalty, and "This fight will not end tonight."
3:25 Dubose reports Ben Jealous still advocating for clemency with judge and court.

3:23 Ed Dubose Chair of Georgia NAACP speaks at press conference. says he has visited Troy Davis on Death row. Says Troy wanted you to "keep the faith". Whether they execute him or not, he said, the fight for equal justice must go on. Bose: "They call it an execution, we call it murder."
2:57 CNN says the Georgia Supreme Court has unanimously rejected the appeal. Now the only recourse is the US Supreme Court.  Just one hour until execution.

2:32 The Butts County Superior Court Judge has refused to halt Troy Davis' execution. Davis attorney's are bringing his appeal to the Georgia Supreme Court., in a last-ditch effort to save his life.
1:16 The Georgia Board of Pardons and Paroles has refused to reconsider its decision on clemency.
September 21. Early this morning the Georgia Department of Corrections denied Davis' request to take a polygraph (lie detector ) test CNN reports.