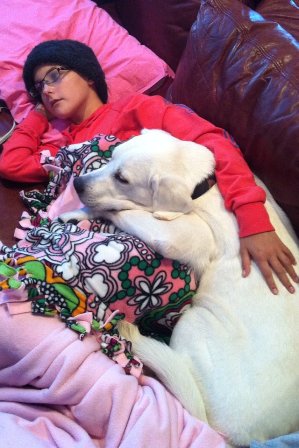 RANCHO SANTA MARGARITA, Calif. (AP) -- A Southern California girl who became a nationally recognized face of child cancer with a blog that chronicled her fight against brain tumors has died. Jessica Joy Rees was 12 years old.

Jessica's family announced her death on her Facebook page, stating that her 10-month battle with brain cancer ended Thursday. Tens of thousands of people responded by posting updates to the page in a show of support that includes "likes" and prayers.

By Friday afternoon the outpouring surpassed Jessica's goal to get one "like" for each of the estimated 50,000 American children with cancer.

The Orange County seventh-grader, called "Jessie" by family and friends, began her blog and Facebook page after being diagnosed with an inoperable brain tumor in March. A second tumor was discovered in September.

While some of her posts discussed her struggles as she underwent radiation and chemotherapy treatments, others urged readers in dozens of countries to support pediatric cancer research and to pray for other children with the illness.

She always signed her posts with the acronym "NEGU," short for "never ever give up."

Also, she and her parents started The NEGU Foundation, a nonprofit organization to raise awareness of pediatric cancer, support sufferers and raise money for research.

The foundation sold and provided thousands of "JoyJars" stuffed with candy and toys to sick children. More than 3,000 were sold and distributed in 27 states last year, according to the NEGU website.

Jessica wrote on Facebook that her mission was "to encourage kids fighting cancer to Never Ever Give Up by spreading hope, joy and love. A cheerful heart is great medicine."

A celebration service was scheduled for Wednesday at the Saddleback Church in Lake Forest, where her father, Erik Rees, is a pastor.