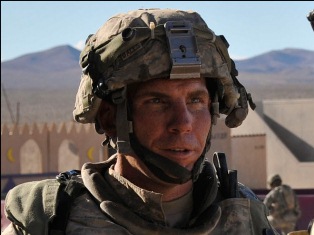 History shows that the U.S. military system is slow to convict Americans, particularly service members, of alleged war crimes. And when a punishment is imposed, it can range anywhere from life in prison all the way down to house arrest. Other factors can seem to play more of a role than the crime itself.

In the case of Army Staff Sgt. Robert Bales, the suspect in the March 11 Kandahar shootings, legal experts say the 38-year-old married father of two young children could face a lengthy prison sentence if convicted of the crime, which has threatened U.S.-Afghan relations. But on his fourth combat tour and with a head injury on his record - the sergeant remembers little about that night, Bales' lawyer says - he might well be shown some leniency by the military jury, even if convicted.

"Political pressure is going to drive the push for the death penalty. Doesn't mean they're going to get it," said Charles Gittins, a Virginia-based defense attorney who represents service members and has handled capital cases.

Of the long list of alleged U.S. atrocities - from prison massacres in World War II to the slaughter of civilians at My Lai in Vietnam - relatively few high-profile war crimes believed to involve Americans in the past century have resulted in convictions, let alone the death penalty.

In the case of My Lai, President Richard Nixon reduced the only prison sentence given to three years of house arrest. In the 2005 Haditha shooting of Iraqi civilians, eight Marines were charged but plea deals and promises of immunity in exchange for testimony meant no prison sentences.

Prosecution against Blackwater employees in the 2007 shootings in Baghdad's Nisoor Square similarly floundered as civilian prosecutors tried to assemble the case. Charges eventually were thrown out on the grounds that prosecutors mishandled evidence, although a federal appeals court last year resurrected the case.

Legal experts say a big part of the challenge is assembling forensic evidence and eyewitness testimony from remote, often dangerous parts of the battlefield thousands of miles away from the United States. And there's an emotional component, too, in prosecuting U.S. citizens who have risked their lives in combat.

"Terms like `fog of war' mean nothing legally," said Eugene Fidell, who teaches military law at Yale University. "But there's a reluctance to invoke the full moral sanction of criminal justice in these cases."

The military hasn't executed a service member since 1961. And like that case in 1961, in which an Army ammunition handler was hanged for raping an 11-year-old girl in Austria, none of the six men on death row at Fort Leavenworth, Kan., today were convicted for atrocities against foreign civilians. All of their crimes involved the killing of U.S. civilians or fellow service members.

The military doesn't even have the equipment necessary to carry out an execution. If a service member were to be put to death, the military would rely on the federal penitentiary in Terre Haute, Ind.

Of note is that U.S. service members - as well as contractors supporting them in war zones - are subject to a different set of rules than civilians when it comes to capital punishment. Unlike in the civilian world, the president must personally agree to the death sentence of a service member.

Gittins estimates that since 1961, more than half of the death penalty cases involving U.S. service members have been overturned by military appeals courts. He attributes that high percentage in part to the lack of experience that military judges and prosecutors have in pursuing capital cases. Inexperience means making mistakes, he says, which higher courts use to knock down rulings.

"If someone does two (military death penalty cases) in their entire career, that would be miraculous," he said. The question Panetta and others will have to ask, Gittins says, is whether pursuing the death penalty for Bales is worthwhile, given the likelihood such a punishment wouldn't stick anyway.

Human Rights Watch in Washington, which opposes the death penalty, says it's not clear the U.S. has the political stomach to follow through with the prosecution of war crimes involving its own citizens.

Andrea Prasow, the organization's senior counterterrorism counsel, said there was only one word to describe America's track record for punishing war crimes: "abysmal."

She says she is most troubled by a lack of accountability in suspected abuse of detainees, including the Abu Ghraib prison scandal in Iraq and secret interrogations led by the CIA.

"Every time a case is not prosecuted, it contributes to a culture of impunity," Prasow said.

Much of U.S. policy in recent years has focused on protecting troops from prosecution by foreign states. In the 1990s, the U.S. objected to the creation of an international court to prosecute war crimes, in part because of the potential that such a court might try to claim jurisdiction over American troops fighting abroad.

And while Congress in 1996 agreed that the standards for treating prisoners of war as outlined by the Geneva Conventions should be put into law, lawmakers revised the rules 10 years later under pressure by the Bush administration out of concern that U.S. interrogators could be prosecuted for alleged war crimes.

The U.S. also has insisted on maintaining immunity from local prosecution for its troops in Iraq and Afghanistan, signing specific agreements with those countries that preserve the military's legal jurisdiction in all cases involving service members.

While the U.S. track record for prosecuting alleged war crimes is spotty, some say the tide is changing.

In one 2006 case, four soldiers were given substantial prison sentences for raping a 14-year-old Iraqi girl and killing her and her family. Steven Dale Green, a former 101st Airborne soldier, is serving five life terms after jurors couldn't agree on whether to impose the death penalty.

Stephen Carter, a Yale law professor who writes frequently about the ethics of war, notes that many of the cases that are prosecuted are aided by other service members tipping off authorities.

"Nearly all of our military forces serve with enormous honor and courage. It bears mention that at Abu Ghraib, just as at My Lai, it was fellow soldiers who blew the whistle on the perpetrators," Carter wrote in a Newsweek Magazine editorial.