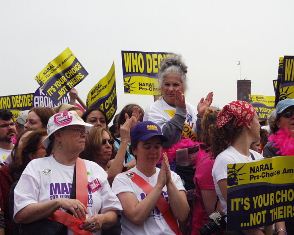 PHOENIX (AP) -- Critics of an Arizona proposal to limit birth control coverage have given a personalized gift to more than a dozen state lawmakers - a fuzzy, knitted uterus with googly eyes.

The packages were delivered Thursday, each in a clear plastic bag labeled with a legislator's name and containing a letter from a woman opposing the measure.

The bill has been at the center of a political fight.

Supporters say it's needed to protect the rights of employers with religious or moral objections to contraception.

Critics have objected to the possible loss of coverage and to provisions they say violate women's rights to privacy, requiring some who want contraception for medical purposes other than birth control to provide evidence of that.

The legislation is being amended and is headed for an expected vote next week.