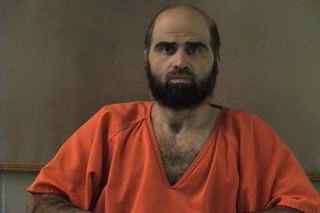 (CNN) -- Survivors and family members of the Fort Hood shootings released a video last week demanding the U.S. government designate the massacre as an act of terrorism rather than a case of a murderous rampage.

Such a designation would give the victims an enhanced series of benefits as if they were wounded in combat, according to the group.

The video includes victims and witnesses to the shootings on Nov. 5, 2009. While much of the video uses victims to recount their experiences during the shooting, some complain that charging Maj. Nidal Hasan with murder does not reinforce what the actual incident turned out to be, an act of terrorism, they say.

One victim, who was shot in the chest, says, "They (Fort Hood victims) were killed and wounded by a domestic enemy, somebody who was there that day to kill soldiers, to prevent them from deploying," according to Army Staff Sgt. Shawn Manning in the video. "If that's not an act of war or an act of terrorism, I don't know what is."

Hasan is accused of opening fire at the post's processing center, where soldiers were preparing to deploy to Afghanistan and Iraq. Thirteen people were killed and another 32 wounded. He is charged with multiple counts of murder.

He faces a possible death sentence if convicted. He was paralyzed from the waist down in the shooting, when police officers exchanged fire with him.

Investigations that followed the killings found he had been communicating via e-mail with Anwar al-Awlaki, the Yemeni-American radical cleric killed by a U.S. drone attack in 2011.

An FBI report in July found that the communications between Hasan and al-Awlaki should have been given to the Pentagon, but the FBI saw no evidence of terrorist activities in his case, and believed the information in the e-mails was too sensitive to share. It noted that visiting extremist websites is not grounds for taking action.

The Coalition of Fort Hood Heroes, the group behind the video, posted a petition with the video asking the government to make the victims eligible for the Purple Heart, which brings higher priority veterans' benefits and compensation.

Pentagon spokesman Lt. Col. Steven Warren said the Army Secretary would be the person to designate whether the rampage was considered an international terrorist attack. If he were to do that, then the soldiers could be eligible to receive the Purple Heart, Warren said.

In a statement, Pentagon press secretary George Little said changing the characterization of the attack to terrorism in the middle of legal proceedings against Hasan could affect the entire court case.

"The Department of Defense is committed to the integrity of the ongoing court-martial proceedings of Maj. Nadal Hasan and for that reason will not at this time further characterize the incident that occurred at Fort Hood on November 5, 2009. Maj. Hasan has been charged with 13 counts of premeditated murder, and 32 counts of attempted murder. As with all pending UCMJ matters, the accused is innocent until proven guilty. Survivors of the incident at Fort Hood are eligible for the same medical benefits as any service member. The Department of Defense is committed to the highest care of those in our military family," according to the statement.

Hasan is charged with murder, and as the investigation progressed, the shooting was also referred to as being caused by extremism on the part of Hasan.

Earlier this month, Reps. John Carter and Michael McCaul, R-Texas, wrote a letter to Secretary of Defense Leon Panetta and Secretary of the Army John McHugh asking for the 45 people killed and wounded in the shootings be awarded the Purple Heart.

The co-signed letter said, "Based on all the facts, it is inconceivable to us that the DoD and Army continue to label this attack, 'workplace violence' in spite of all the evidence that clearly proves the Fort Hood shooting was an act of terror."

The U.S. Court of Appeals for the Armed Forces on Monday issued another stay in the court-martial of Hasan. The move comes after defense attorneys lost an appeal last week that upheld the trial judge's order that Hasan appear in court clean shaven.

Hasan's attorneys have told the CAAF that they intend to appeal last week's ruling. Until that appeal is resolved, the court-martial trial remains on hold.