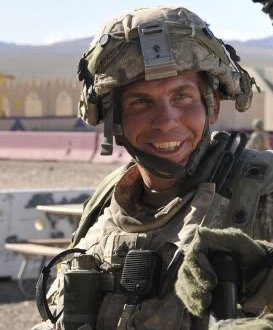 An Army sergeant entered a guilty plea Wednesday in the killings of 16 Afghan civilians in hopes of avoiding a death sentence.

Staff Sgt. Robert Bales was accused of slipping away from his outpost in southern Afghanistan and going on a house-to-house rampage in two villages before turning himself in to his commanders. His plea must still be reviewed by a military judge and a commanding general, said Lt. Col. Gary Dangerfield, an Army spokesman.

The March 2012 massacre strained already tense U.S.-Afghan relations and intensified a debate about whether to speed up the withdrawal of American combat troops, planned for 2014.

Bales appeared at a hearing Wednesday morning at Joint Base Lewis-McChord, outside Tacoma, Washington. His lawyer, John Henry Browne, said last week that Bales intended to plead guilty to the killings in exchange for elimination of the death penalty as a possible punishment.

Bales is also charged with the use of illicit steroids and alcohol. Browne said last week that Special Operations troops assigned to the Kandahar outpost "pumped" his client with the substances, and that he will raise the issue in a penalty phase to determine whether Bales will have a chance at parole.


Bales is a member of the Army's 3rd Stryker Brigade Combat Team, an element of the 2nd Infantry Division. Browne has previously said the service made a mistake in assigning Bales to a fourth combat tour despite evidence of post-traumatic stress disorder and a traumatic brain injury suffered during a previous combat tour in Iraq.