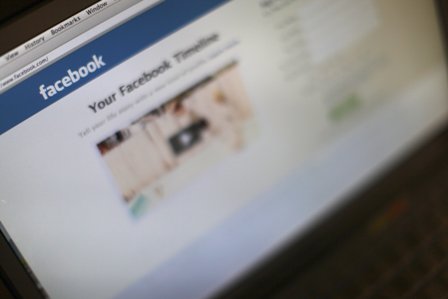 The State Department has dramatically cut its funding for social media after an inspector general's report found the department spent excessive amounts on advertising for some of its Facebook pages.

"We take the valuable feedback of the (Office of Inspector General) seriously, and we're committed to addressing the recommendations and the concern outlined in this assessment," State Department Spokesperson Jen Psaki said Wednesday in the daily press briefing.

Released in May, the IG report found that the Bureau of International Information Programs spent $630,000 on two advertising campaigns to expand the numbers of fans for four of its Facebook pages--as well as the translated versions of those pages. According to its website, the bureau serves as the department's hub for engaging conversations with foreign audiences, both in person and online.

The IG notes the advertising campaigns were successful in increasing the English Facebook pages from 100,000 fans to more than two million for each page. The foreign language pages also saw an uptick to 450,000 fans from 68,000 over the course of two years.

However, the IG writes that the money was not serving its core purpose.

"Many in the bureau criticize the advertising campaigns as 'buying fans' who may have once clicked on an ad or 'liked' a photo but have no real interest in the topic and have never engaged further," the report states.

While the pages had gained more than 2.5 million fans by mid-March 2013, the number of those actually engaging with each page was just over two percent. By "engaging," the IG refers to "liking," "sharing," or "commenting on any item within the previous week."

Defenders of the campaigns pointed to changes made by Facebook in September 2012 and said the advertising money was needed to keep the sites visible in individuals' news feeds.

"For example, a posting on cyber censorship in March 2013 reached 234,000 Facebook users on its first day; only about 20,000 would have received the item on their news feed without advertising," the report notes.

The IG recommended the bureau change its social media strategy to strive for better engagement rather than more fans.

Asked in the briefing if the reduction in costs signals State agrees with the IG report that it spent too much money, Psaki replied: "Clearly we have reduced the spending and we have also taken steps to implement the other recommendations in the report."

Critics didn't waste any time going after former Secretary of State Hillary Clinton, who resigned from her post February 1, over the issue. America Rising, the political action committee chaired by Mitt Romney's former campaign manager, blasted out an email Wednesday highlighting the story.

"Secretary Clinton really wanted the State Department to be liked. So much so they spent over $600K taxpayer dollars on Facebook likes for their fan page. $ well spent," the email read.