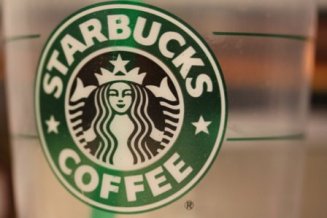 Starbucks continues to brew controversy, as opposing sides of the nation's gun debate clash over the giant coffee chain's policy to support state "open-carry" laws for legal firearms and, where permitted by law, to permit guns in their stores.

On Friday, the Newtown Action Alliance, a grassroots organization founded by Newtown, Connecticut, residents in support of gun policy reform, posted on its website an open letter to Howard Schultz, CEO of Starbucks, encouraging him to ban guns in all Starbucks stores.

"If you make the decision to ban guns, your company has the chance to honor the 26 innocent lives lost here in Newtown and the 32,000 Americans lost annually to gun violence by becoming a leader in educating the public about firearm safety. We know by having observed and admired your continuing advocacy that your company not only understands but takes pride in its responsibility to promote the growth of a safe and just society," the open letter said.

"That is why we would like you to invite you to join us for a cup of coffee at our Starbucks in Newtown at a time and date of your convenience so we can talk about your company's policy and gun violence in America..." the letter continued.

The letter was signed by 13 family members of victims in the deadly December shooting at Sandy Hook Elementary School, including the family of Lauren Rousseau, a teacher and Starbucks barista who was killed. Many other Newtown residents also signed the letter, as did Connecticut Gov. Dannel Malloy, Sen. Chris Murphy, Sen. Richard Blumenthal.

Starbucks spokesman Jim Olson responded Friday by saying, "We welcome the opportunity to meet with the Newtown family members who have signed this letter to discuss their concerns."

On Wednesday, the group Moms Demand Action for Gun Sense in America -- an organization for what its members term common-sense gun reforms -- called for a national boycott of Starbucks stores on Saturday. On its website, the group is attempting to gather 25,000 signatures calling for a ban on guns at all Starbucks stores, and plans to hand-deliver the petition to Starbucks headquarters.

"Millions of American moms visit neighborhood Starbucks, often with their children in tow. But many moms don't realize that they may be standing next to someone carrying a loaded gun inside Starbucks," the group said.

The organization allied with the Newtown Action Alliance and other gun law-reform groups on Friday, placing its support behind the signers of the letter to Schultz.

Starbucks was most recently brought into the gun debate when gun rights advocates staged a national "Starbucks appreciation day," in support of the coffee shop's open-carry policy.

"Starbucks is allowing us to lawfully carry firearms in their store. Recently, they have been the target of unjust attacks from certain groups that do not support our right to bear arms. We will thank starbucks (sic) for standing up for our right to bear arms by going there on Friday, August 9th," said the Facebook page for the event.

The Starbucks in Newtown closed that day, but the debate raged on.

"Since your company has been a champion of admirable causes in the past, such as LGBT rights and environmental sustainability, some gun owners in this country cite Starbucks' stance on this issue as justification of the reasonableness of their choice to carry guns anywhere and everywhere, even into a place as unthreatening as a coffee shop...we as a society must prioritize the sanctity of human life over the individual's 'right to carry," the letter said.

CNN's Poppy Harlow and Laurie Frankel contributed to this report.