Retail Marijuana Stores? in Washington, More Than 300 May Set Up Shop 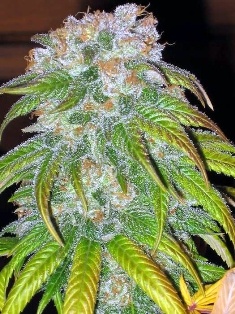 (CNN) -- Up to 334 retail marijuana stores could be licensed to set up shop in Washington state, officials said Wednesday.

Since then, authorities have been hashing out the details of how to regulate production and sale of the drug.

Officials said they used population data to determine how many retail marijuana stores can open.

"These rules fulfill the public expectation of creating a tightly-regulated and controlled system while providing reasonable access to participation in the market," Sharon Foster, the board's chair, said in a written statement.

The board will vote on the proposed rules at an October hearing, and producers and retailers will have a chance to apply for licenses in December.

Officials estimate that 13% of marijuana users in the state will go through licensed retailers at the outset, and that the number will increase to 25% by the end of the year, according to Mikhail Carpenter, a spokesman for the liquor control board.

Marijuana is illegal in the United States under the federal Controlled Substances Act. But last week the Justice Department said it won't challenge state laws that legalize marijuana and will focus federal enforcement on serious trafficking cases and keeping the drug away from children.

CNN Cristy Lenz and Elwyn Lopez contributed to this report.