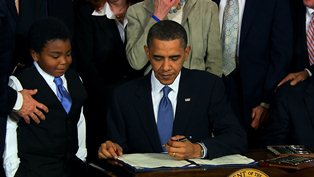 Enrollment in the Obamacare exchanges opened Tuesday, with the federal and most state exchange sites unveiling their "Get Started" buttons. But widespread technical glitches plagued the exchanges.

Some New Yorkers, for instance, received an "internal server error" when they tried to sign up. In the first 90 minutes of the launch, there were two million visits to the site, a state Health Department spokesman said. Technicians are working to reconfigure the system to address slow wait times or error messages, while the state call center is helping people enroll over the phone.

"With a website providing so much data to so many people, we are working through these growing pains and are confident users will have better access to the site shortly," the spokesman said.

Maryland residents were directed to a consumer information update that said both its website and call center were experiencing "connectivity problems."

And those going to the federal exchange site, which is handling enrollment for 36 states that didn't fully establish their own exchanges are greeted with this message:

"Health Insurance Marketplace: Please wait. We have a lot of visitors on our site right now and we're working to make your experience here better. Please wait here until we send you to the login page. Thanks for your patience!"

Federal officials said the site is experiencing higher-than-expected volume and problems are being addressed.

"There were five times more users on the Marketplace website this morning than have ever been on Medicare.gov at one time," said Joanne Peters, a spokeswoman with the Department of Health and Human Services.

CNNMoney readers from New York, Pennsylvania, Connecticut and California reported problems signing in or completing the application. One Twitter user from Pennsylvania said that he was first told he couldn't sign up using an iPad. Then he was told to come back later and then was told he had given duplicate answers to questions.

Terry O'Neal, a writer and Ph.D. student in California, resorted to dialing her state's call center Tuesday morning after being unable to sign up online. But the hold time was more than 30 minutes.

"So I will just wait," said O'Neal, who used the site's Shop and Compare link to decide on a Kaiser Permanente plan.

California's site Tuesday morning said in English and Spanish: "Due to the success of the Covered California Marketplace we are experiencing higher than expected users. To make sure everyone has a great experience while on the site, we need you to come back in a little bit. We're sorry for the inconvenience and we look forward to your return in a few hours."

At the Community Financial Center at the Highland Mall in north Austin, Texas, volunteers cannot access the federal exchange portal to help consumers sign up for coverage.

Some states said previously that they wouldn't be ready to accept applications. The District of Columbia, Oregon and Colorado all announced that they would not be able to fully enroll all residents online in the initial weeks of enrollment.

Federal officials expected there to be technical trouble on the first day of enrollment. President Obama mentioned it in a speech last week.

"Somewhere around the country, there's going to be a computer glitch and the website's not working quite the way it's supposed to, or something happens where there's some error made somewhere -- that will happen. That happens whenever you roll out a new program," he said. "But you don't have to sign up on Tuesday. You've got six months to enroll in these new plans. You can go to the website; you can check it out; you can see if what I'm saying is true."