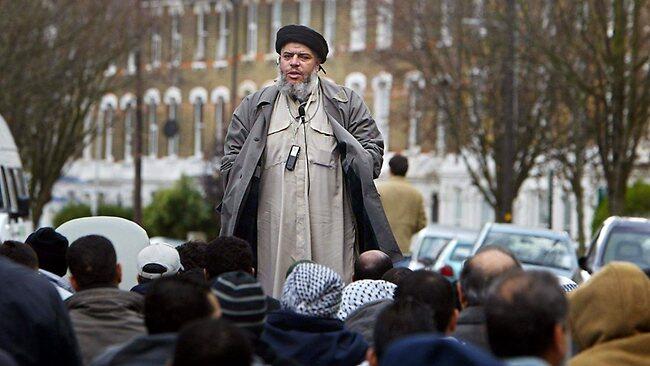 NEW YORK (AP) — A Seattle man told a jury Friday that an Egyptian cleric on trial on terrorism charges is the "very angry" imam he met in London years ago.

David Smith, the second witness in a Manhattan trial expected to last a month, identified Mustafa Kamel Mustafa as he testified for the government about an effort to open an al-Qaida training camp in Oregon and about his visit to London's Finsbury Park Mosque.

Mustafa, 55, is charged with conspiring to support al-Qaida before and after the Sept. 11 attacks. The government said he tried to open a terrorist training camp in Oregon in 1999, a year after supporting kidnappers who took hostages in Yemen. Four hostages were killed.

Mustafa has pleaded not guilty and plans to testify.

Smith said he converted to Islam from Christianity in 1997 and began attending a Seattle mosque, where a fellow convert introduced him to Mustafa's video and audio tapes.

He said he made a trip to England, where he witnessed Mustafa's lectures and discussed Islam with him for about 45 minutes.

He recalled Mustafa as "very angry, very fiery" in speeches that emphasized expelling non-Muslims from the Arabian Peninsula by force if necessary.

Smith said Mustafa, also known as Abu Hamza, told his followers they would be filled with so much zeal on the battlefield that "it would make you want to throw your AK-47 and run up to the nonbeliever and bite him."

Of martyrs, he recalled Mustafa saying: "The blood of the martyr is holier than the ink of the scholar."

Smith testified he went to a Bly, Ore., ranch where the government said Mustafa wanted to build an al-Qaida training camp. He said he and others wanted to escape Seattle and "have a chance to practice our religion and not feel like we were being surrounded by non-Muslims."

He said the ranch was like a retreat and during guard duty "we were supposed to be watching out for coyotes."

The relaxed atmosphere dissatisfied men sent by Mustafa to Oregon, he said, with one telling him he was "very, very unhappy" because "he came to do something and nothing was going on."

"He was displeased with Abu Hamza's decision to send him there," said Smith, who is cooperating with the government.

Asked by Assistant U.S. Attorney John Cronan if he currently practices any religion, he answered: "No, I don't."

The testimony came a day after opening statements in the trial of the cleric extradited in 2012 from England.