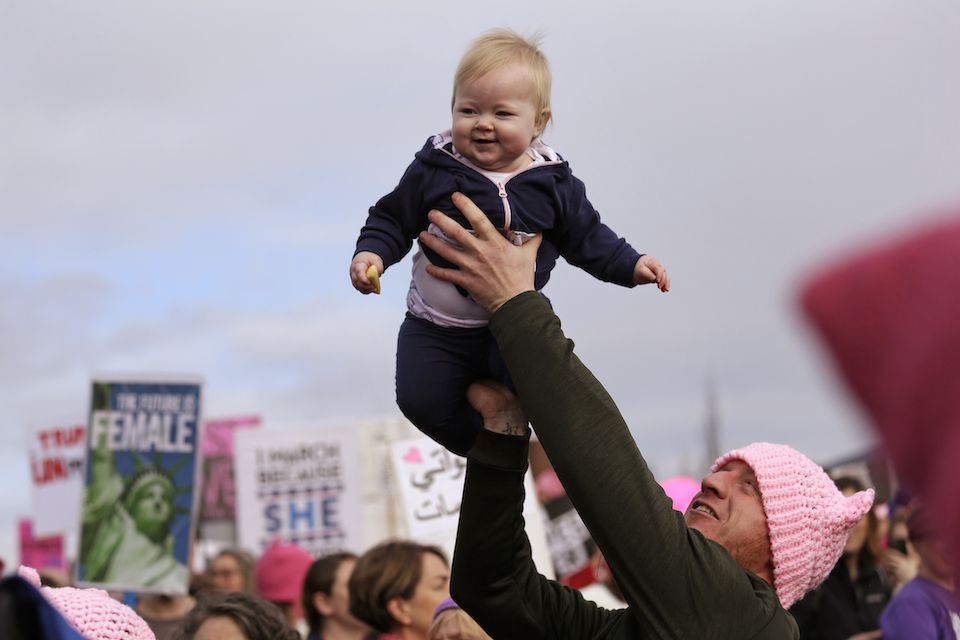 NEW YORK (AP) — A lawsuit Monday alleged that President Donald Trump is violating the Constitution by allowing his business to accept payments from foreign governments.

Trump is violating the so-called emoluments clause in the Constitution that prohibits him from receiving money from diplomats for stays at his hotels or foreign governments for leases of office space in his buildings, according to the suit filed by a legal watchdog group.

The language in the clause is disputed by some legal scholars, setting the stage for a court fight with the White House.

White House Director of Strategic Communications Hope Hicks said that "the president has no conflicts," and referred to arguments made by Trump lawyer Sheri Dillon at the president's news conference earlier this month.

Dillon has said the framers did not intend for the Constitutional prohibition to apply to fair-value exchanges, such as paying for a hotel room or venue space at a hotel.

"No one would have thought the Constitution was written that paying your hotel bill was an emolument," Dillon said at a news conference.

The liberal-funded watchdog group Citizens for Responsibility and Ethics in Washington filed the lawsuit in the Southern District of New York.

CREW is being represented in the lawsuit by two former White House chief ethics lawyers: Norman Eisen, who advised Barack Obama, and Richard Painter, who worked under George W. Bush. The two have been pushing Trump to divest from his business to avoid what they believe are unprecedented conflicts that will violate the Constitution.

"These violations of the Foreign Emoluments Clause pose a grave threat to the United States and its citizens," according to the lawsuit.

"As the Framers were aware, private financial interests can subtly sway even the most virtuous leaders, and entanglements between American officials and foreign powers could pose a creeping, insidious threat to the Republic."

CREW faces several legal hurdles, including making the case that it even has standing to bring the lawsuit.

"We have never had a president who has in a significant way accepted foreign payments." CREW Executive Director Noah Bookbinder said. "There are a lot of issues that have to be litigated for the first time."

Bookbinder said his group will argue that president's violation has forced his organization to divert all it is resources to this fight rather than other issues, and therefore is harming it.

In his news conference, Trump said that he would hand over control of his company to his two adult sons. He announced several other measures in an attempt to mollify critics who contend that his financial interest as head of a global real estate company could conflict with his pursuit of the public good. He also vowed, for instance, that his company would strike no more deals abroad.

Trump also pledged to donate any profits from foreign governments using his hotels to the U.S. Treasury.

Trump has repeatedly said federal rules on conflicts do not apply to the president. His lawyer, Dillon, a partner a Morgan Lewis and Brockius, has called his moves to limit conflicts "extraordinary." But the moves have been widely panned by government ethics lawyers as insufficient.