Congress Returns With New Agenda on Supreme Court and Healthcare 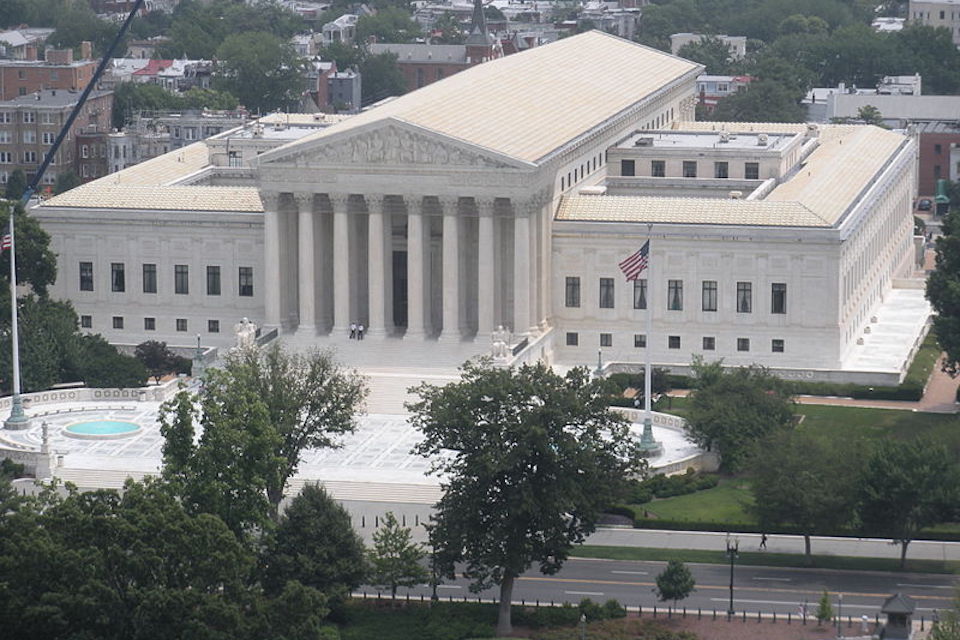 WASHINGTON (AP) — Congress returns to Washington this week to confront dramatic decisions on health care and the Supreme Court that may help determine the course of Donald Trump's presidency.

First, the president will have his say, in his maiden speech to a joint session of Congress on Tuesday night.

Majority Republicans in the House and Senate will be closely watching the prime-time address for guidance, marching orders or any specifics Trump might embrace on health care or taxes, areas where some of his preferences remain a mystery.

Congressional Republicans insist they are working closely with the new administration as they prepare to start taking votes on health legislation, with the moment finally upon them to make good on seven years of promises to repeal and replace former President Barack Obama's Affordable Care Act.

House Republicans hope to pass their legislation by early April and send it to the Senate, with action there also possible before Easter.

Republicans will be "keeping our promise to the American people," House Speaker Paul Ryan, R-Wis., said as he sent lawmakers home for the Presidents Day recess armed with informational packets to defend planned GOP changes to the health law.

The recess was dominated by raucous town halls where Republicans faced tough questions about their plans to replace the far-reaching law with a new system built around tax credits, health savings accounts and high risk pools.

Important questions are unanswered, such as the overall cost and how many people will be covered. There's also uncertainty about how to resolve divisions among states over Medicaid money.

The lack of clarity created anxiety among voters who peppered lawmakers from coast to coast with questions about what would become of their own health coverage and that of their friends and family.

It's forced Republicans to offer assurances that they don't intend to take away the law and leave nothing in its place, even though some House conservatives favor doing just that.

"What I have said is repeal and replace and more recently I have defined that as repairing the ACA moving forward," Rep. Leonard Lance, R-N.J., insisted to an overflow crowd in his politically divided district this past week.

"I think we have a responsibility in Washington to try to make the system better."

It remains to be seen whether the release of detailed legislation in the coming days will calm, or heighten, voters' concerns.

Details on the size of tax credits to help people buy insurance, and how many fewer people will be covered than the 20 million who gained coverage under Obama's law, could create bigger pushback and even more complications.

With lawmakers set to return to the Capitol on Monday, it will become clearer whether the earful many got back home will affect their plans. GOP leaders are determined to move forward, reckoning that when confronted with the reality of voting on the party's repeal and replace plan, Republicans will have no choice but to vote "yes."

Many Republicans say that how they will handle health legislation will set the stage for the next big battle, over taxes. And that fight, many believe, will be even trickier than health care. Already, it has opened major rifts between House and Senate Republicans.

Senators also will be weighing the nomination of federal appeals Judge Neil Gorsuch, Trump's pick for the Supreme Court. Hearings soon will get underway in the Senate Judiciary Committee; floor action is expected before Easter.

Despite Gorsuch's sterling credentials, Democrats are under pressure from their liberal supporters to oppose him, given voters' disdain for Trump and the GOP's refusal last year to allow even a hearing for Obama's nominee for the high court vacancy, federal appeals Judge Merrick Garland.

Yet some Democrats are already predicting that one way or another, Gorsuch will be confirmed.

Even if he doesn't pick up the 60 votes he needs, Senate Majority Leader Mitch McConnell, R-Ky., could use a procedural gambit to eliminate Democrats' ability to filibuster Gorsuch, an outcome that Trump has endorsed.

Congress is awaiting a budget from the Trump administration, and the slow process of rounding out Trump's Cabinet will move forward as Republicans tee up more nominees over Democratic protests. The Senate has confirmed 14 Cabinet and Cabinet-level officials, fewer than other presidents at this point.

The most controversial nominees, including Education Secretary Betsy DeVos and Environmental Protection Agency head Scott Pruitt have been confirmed.

How Democrats vote will be telling, given the extreme pressures on them to oppose Trump at every turn.

It's a dynamic to which those with potential presidential ambitions are particularly sensitive.

Sen. Elizabeth Warren of Massachusetts, among others, took heat for voting in favor of Carson in committee, while Sen. Kirsten Gillibrand of New York has opposed nearly all the nominees.