Madness: No Wagering Please, But Go Ahead and Fill a Bracket 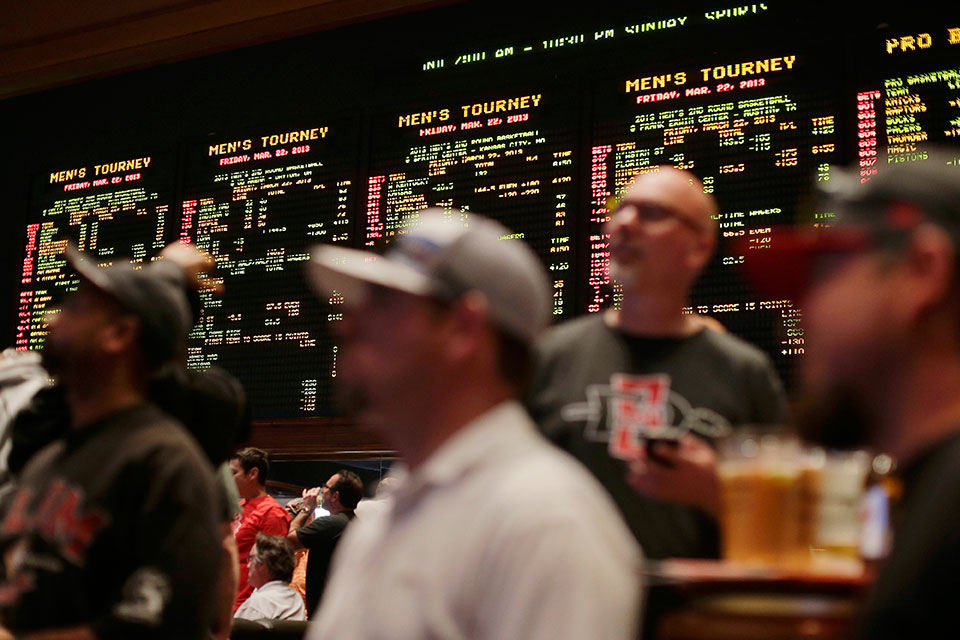 Here's one thing millions of Americans can agree on: March Madness is fun, especially when there's a little money on the line.

So fun, in fact, that more people will fill out NCAA Tournament brackets this week than voted for either Donald Trump or Hillary Clinton in last year's presidential election.

Combining all those $10 and $20 entry fees that go along with most of the 70 million-plus office pools being filled out as we speak, Americans will put in the neighborhood of $2 billion at stake when the tournament kicks off later this week. 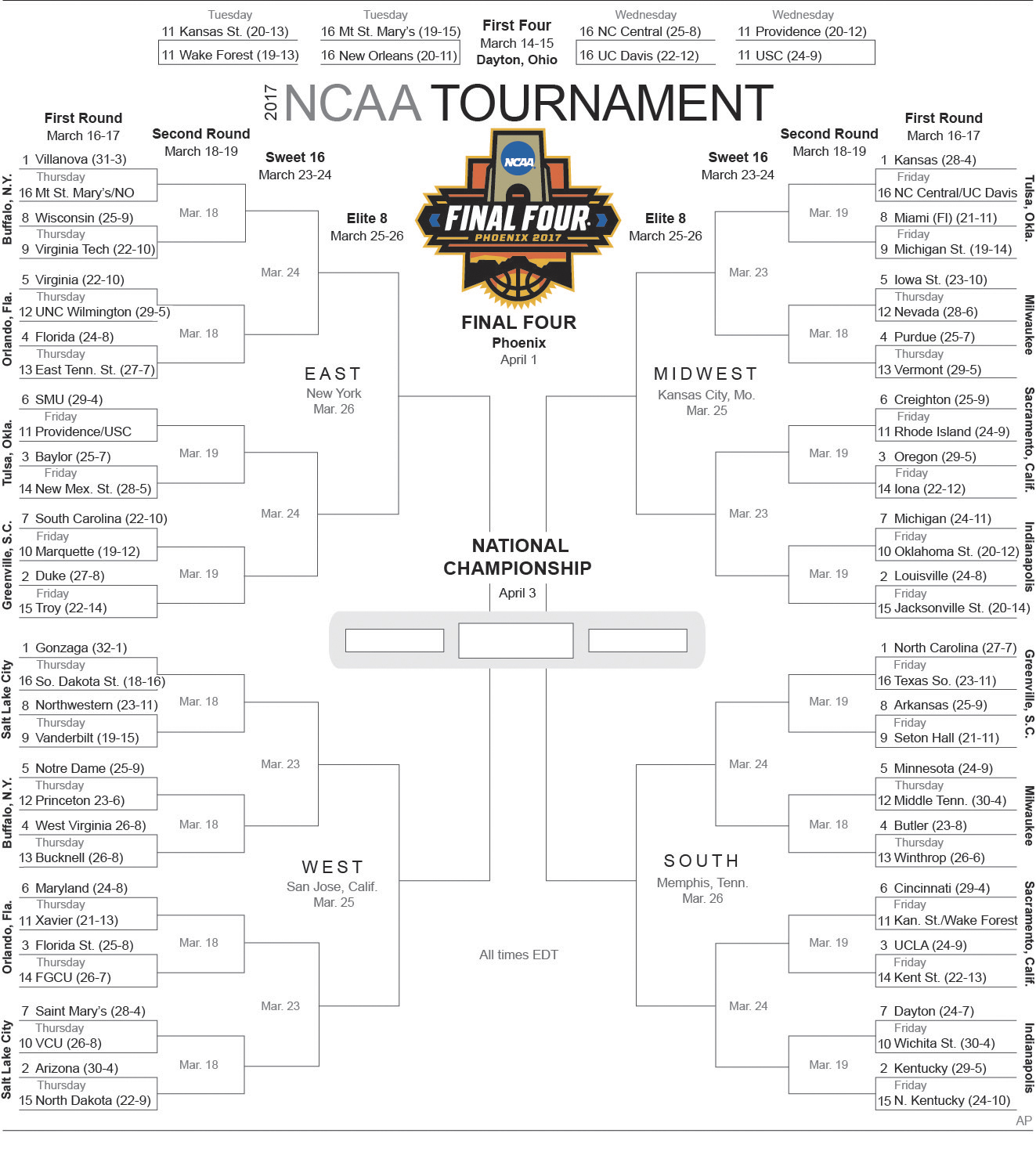 Click image for printable bracket for the 2017 NCAA Division I Men’s Basketball Championship. Credit: Associated PressBut though the brackets and the money spent on them have driven the tournament's popularity upward — the 2015 tournament was the most-viewed in more than two decades, while last year's took a hit because the Final Four was televised exclusively on cable — the NCAA itself does not condone gambling or filling out brackets for anything more than fun.

Legendary broadcaster Dick Vitale was in USA Today studios breaking down all the NCAA tournament story lines in the video below:

Adding to the outlandishness of it all — CBS, which combines with Turner Sports to pay more than $1 billion a year to televise every game of the tournament through 2032, runs one of the country's biggest bracket contests, offering players a chance to form their own private pools (for fun, of course) or to compete for prizes, including a trip to the 2018 Final Four (no purchase necessary).

The NCAA also runs a bracket contest on its own website. But in a statement on gambling , it reminds players that while entering a bracket contest that doesn't require an entry fee is not banned by the NCAA (but may be barred by individual schools), that "we have learned that these types of pools are often the entry for youth to begin betting."

"While the bracket is an important part of the excitement around the tournament, money does not have to be involved to enjoy March Madness," NCAA director of public and media relations Stacey Osburn says.

It certainly can make things more interesting, though.

An Estimated $10.4 Billion Will be Wagered

The American Gaming Association estimates that, in total, around $10.4 billion will be wagered on the three-week hoops extravaganza that starts Tuesday with opening-round games and ends April 1 and 3 at the Final Four in Phoenix. That's $1.2 billion more than last year. Only $295 million of that will be bet legally — mainly at sports books in Nevada.
Geoff Freeman of the AGA, which seeks to destigmatize gambling while making it legal in more parts of the country, says the NCAA's stance is "strange" and "hypocritical." ''The other word is, it's dangerous," Freeman said.

The AGA, the lobbying arm for commercial and tribal casinos, believes the more regulatory eyeballs placed on the games if gambling became legal in more places, the less chance there is of point shaving and other forms of tampering, the likes of which have hit the college game hard in the past.

"I don't know that the office basketball pool should be messed with," says Bo Bernhard of the International Gaming Institute at University of Nevada, Las Vegas. "But the broader, more important issue is that there's widespread wagering on sports that goes unmonitored, unregulated, and that's where you can get in trouble."

NBA commissioner Adam Silver is among the most high-profile U.S. sports leaders acknowledging the reality that gambling is an ever-growing part of the American fabric. He says it adds to engagement and believes gambling "should be brought out of the underground."

The NFL still has a strict no-gambling policy, but gives tacit recognition to its role in the game by providing detailed injury reports. The league is strongly considering moving a team, the Raiders, to Las Vegas — an unthinkable notion for decades.

The NFL also turns a relatively blind eye to fantasy football. Weekly fantasy football is considered gambling in a handful of states, most of which have differing definitions of what's legal, mainly relating to the amount of luck vs. skill is involved in the game being wagered on. That debate is currently brewing across the country as daily-game fantasy sites fight for their survival.

When it comes to office pools, though, Bernhard says you don't have to be a lawyer to understand the basic idea.

"Clearly, it's betting something of value on an event whose outcome is in doubt, and that's the definition of gambling," he said. "But it's not something legal authorities are looking to crack down on."

The NCAA looks at it differently.

Back in 2003, Washington's Rick Neuheisel was famously fired for participating in a high-stakes March Madness pool — even though he's a football coach.

Freeman labeled that story an instance of a school delivering "absurd punishments for students engaging in mainstream activities."

The numbers show there's nothing more mainstream than filling out a bracket.

Even if the student-athletes fueling all this madness aren't allowed to.