Minneapolis Police Officer Yet to Talk to Investigators 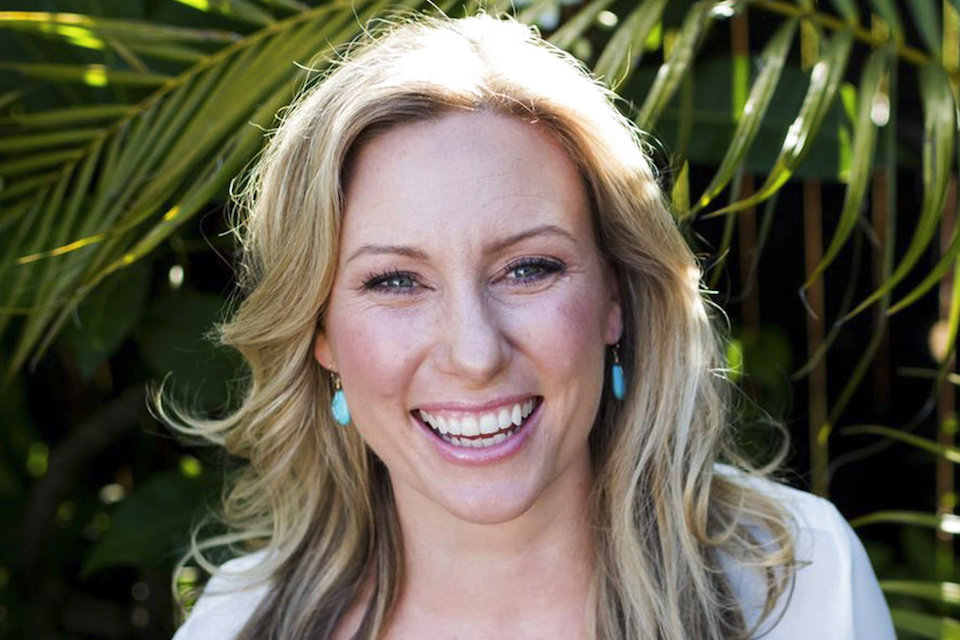 MINNEAPOLIS (AP) — Four days after a Minneapolis police officer fatally shot a woman who had called 911 to report a possible rape, the officer has yet to talk with investigators, and his attorney has given no indication he ever will.

Some legal experts say the move is wise and well within the officer's rights. But without Officer Mohamed Noor's version of events, there's virtually no explanation for what happened Saturday when he fired a shot from the passenger seat of a squad car, past his partner in the driver's seat and killed Justine Damond, 40, who was standing outside the vehicle.

Details that have emerged raised new questions Wednesday about whether proper police procedures were followed.

According to the state Bureau of Criminal Apprehension, Noor's partner, Officer Matthew Harrity, told investigators he was driving in the alley with all of the vehicle's lights off when he was startled by a loud noise, which authorities did not describe. Harrity said Damond appeared at the driver's side window "immediately afterward" and Noor fired, striking her in the abdomen. She died at the scene.

Television station KSTP, citing a source it did not name, said the two officers thought they were being targeted for an ambush when they heard a pounding noise on the driver's side. Noor had his gun on his lap, the station reported.

The Minnesota Bureau of Criminal Apprehension did not confirm the KSTP report. Harrity's attorney, Fred Bruno, told the Star Tribune it was "certainly reasonable" for the officers to fear a possible ambush.

Assistant Police Chief Medaria Arradondo said that an internal use-of-force investigation has been opened, which is standard any time an officer discharges a weapon. The police chief has asked that the review be expedited, but much of the information needed is in the hands of state investigators.

When it comes to talking to authorities, defense attorneys and legal experts said police officers have the same Fifth Amendment right against self-incrimination as everyone else.

"Any lawyer that would recommend to him that he should give a statement to the BCA should be disbarred," said Joe Friedberg, a Minneapolis defense attorney who's not involved in the case. "Nobody should ever speak to law enforcement when they're the subject of a criminal investigation."

The police department's internal affairs unit can compel Noor to give a statement as part of its own investigation, and fire him if he refuses, but that statement cannot be used against him in any criminal investigation, Friedberg said.

In contrast, Officer Jeronimo Yanez in the nearby suburb of St. Anthony sat down with state agents last summer the day after he shot Philando Castile. Prosecutors used his statement as evidence against him during his manslaughter trial, but the defense used it too. Jurors apparently accepted Yanez's claims that he saw Castile's gun and believed his life was in danger. Yanez was acquitted.

It's also possible that Noor isn't ready to talk because he's still dealing with the trauma of having killed Damond.

Marsh Halberg, another defense attorney not involved in the case, said he always tells his clients not to talk.

Several criminal law professors who spoke to the AP said it would be unusual if Noor had his gun out when officers were checking out a report of a potential assault. But they said he might have already been in a heightened state of awareness in light of recent ambushes of police.

Remy Cross, a criminologist at Webster University in suburban St. Louis, said the fear can become a "self-feeding, self-fulfilling prophecy" when law enforcement officers feel they always need to be on guard against people who might be targeting them.

David Klinger, a professor of criminology and criminal justice at the University of Missouri in St. Louis, said it would make no sense for Noor to have his gun out because it wasn't a "hot call," such as a report of shots fired.

And it's also unusual, but not unheard of, for officers to turn their lights out to make a "dark and silent approach" if they're trying to conceal themselves, said Jens David Ohlin, vice dean of the Cornell Law School in Ithaca, New York.

Harrity has been with the police department for one year, Noor for roughly two years. When asked about pairing the two newer officers together, Arradondo told reporters Tuesday that both men were "fully trained."

It's not necessarily a violation of procedures to pair inexperienced officers with each other, Ohlin said.

"Certainly it would make more sense to partner up a senior officer with a junior officer. Wisdom is gained with direct experience," Ohlin said.

He speculated that the investigation will probably conclude that inexperience played a role. "At first glance, it seems like there's no justification whatsoever for this shooting. Sometimes you just get the question, 'Is this person cut out to be a police officer at all?'"

But Klinger, a former Los Angeles patrol officer, said it's "not unusual at all" to put younger officers together. He recalled riding with academy mates just 18 months after completing training.

Klinger said many factors in this case don't add up. "Crazy stuff happens in the real world, and this is one of the more bizarre events in recent police history," he said.

Transcripts of 911 calls that were made public Wednesday show Damond called dispatchers twice to report a possible sexual assault in the alley behind her home.

Arradondo told reporters that officers searched the area and found no suspects.