Protesters Around US Rally Against White Supremacists 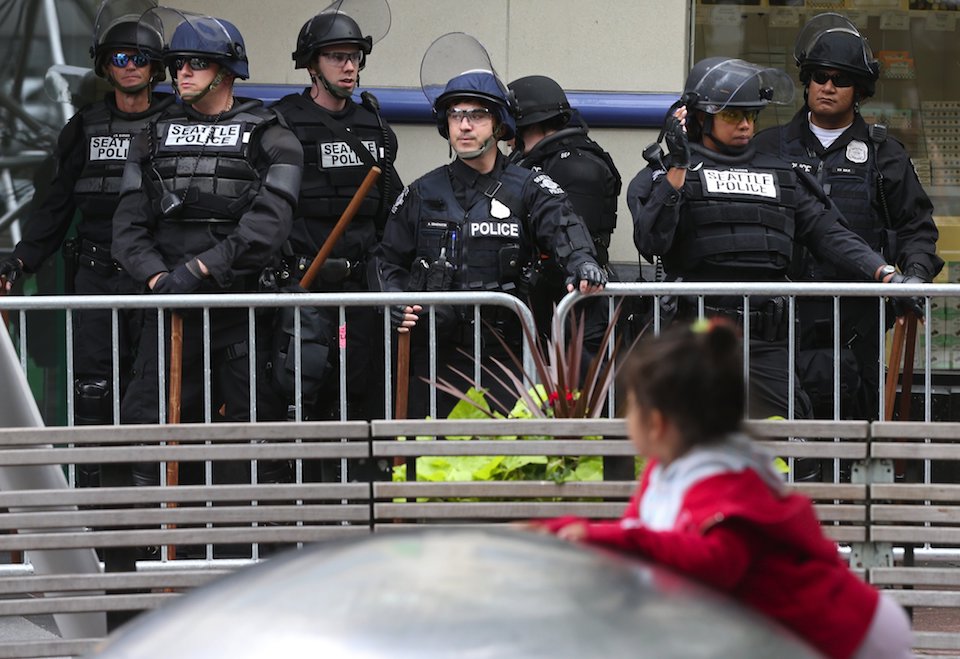 SEATTLE (AP) — Protesters decrying hatred and racism converged around the country on Sunday, saying they felt compelled to counteract the white supremacist rally that spiraled into deadly violence in Virginia.

The gatherings spanned from a march to President Donald Trump's home in New York to candlelight vigils in several cities.

Some focused on showing support for the people whom white supremacists condemn.

Other demonstrations were pushing for the removal of Confederate monuments, the issue that initially prompted white nationalists to gather in anger this weekend in

"People need to wake up, recognize that and resist it as fearlessly as it needs to be done," said Carl Dix, a leader of the Refuse Fascism group organizing demonstrations in New York, San Francisco and other cities.

"This can't be allowed to fester and to grow because we've seen what happened in the past when that was allowed."

"It has to be confronted," said Dix, a New Yorker who spoke by phone from Charlottesville Sunday afternoon. He had gone there to witness and deplore the white nationalist rally on a Saturday that spiraled into bloodshed.

In Seattle, a rally previously planned for Sunday by the conservative pro-Trump group known as Patriot Prayer drew hundreds of counter protesters.

A barricade separated the two groups as police officers stood by dressed in black riot gear. At one intersection, police ordered crowds to disperse.

Police said they used pepper spray and blast balls to disperse crowds after fireworks were thrown at officers.

In a statement police say they observed some people in the counter protest carrying axe handles and two-by fours-as they infiltrated the hundreds of peaceful demonstrators.

In Denver, several hundred demonstrators gathered beneath a statue of the Rev. Martin Luther King Jr. in City Park and marched about two miles to the state Capitol. 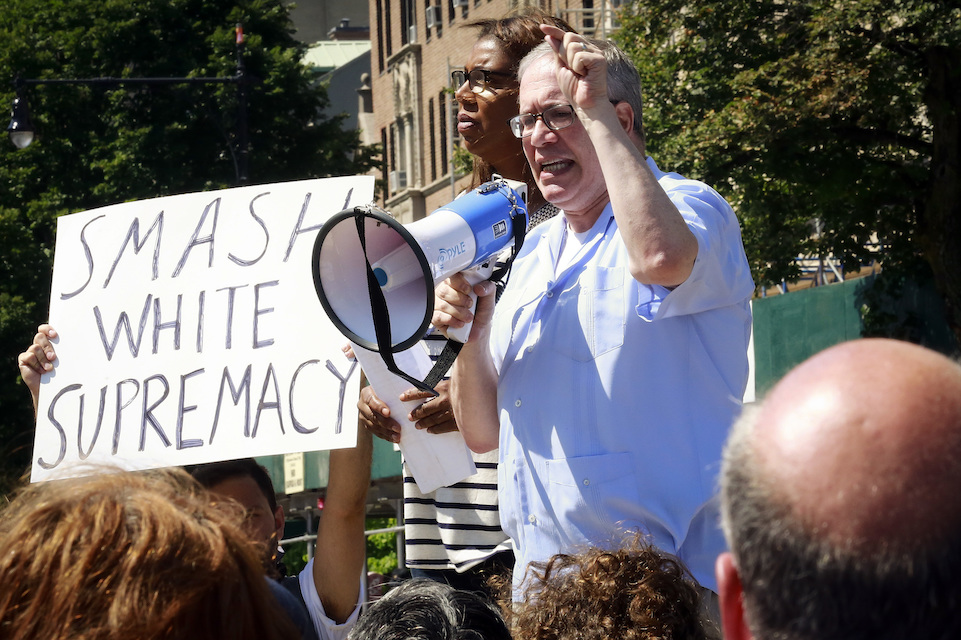 In New York, protesters marched from several locations in Manhattan to Trump Tower, demanding the president denounce white nationalist groups involved in the violent confrontations in Charlottesville. One sign read: "Call out evil."

Helen Rubenstein, 62, was among hundreds of people who marched through downtown Los Angeles. She said her parents were Holocaust survivors, and she's worried that extremist views were becoming normal under Trump's presidency.

"I blame Donald Trump 100 percent because he emboldened all these people to incite hate, and they are now promoting violence and killing," Rubenstein said.

Charlottesville descended into violence Saturday after neo-Nazis, skinheads, Ku Klux Klan members and other white nationalists gathered to "take America back" and oppose plans to remove a Confederate statue in the Virginia college town, and hundreds of other people came to protest the rally.

The groups clashed in street brawls, with hundreds of people throwing punches, hurling water bottles and beating each other with sticks and shields.

A Virginia State Police helicopter deployed in a large-scale response to the violence then crashed into the woods outside of town. Both troopers on board died.

A crowd gathered on the street where the crash happened for a vigil Sunday evening. They sang "Amazing Grace" and prayed around piles of flowers that mark the spot where Heyer was killed.

Prominent white nationalist Richard Spencer, who attended the rally, denied all responsibility for the violence. He blamed the counter-protesters and police.

Trump condemned what he called an "egregious display of hatred, bigotry and violence on many sides," a statement that Democrats and some of the president's fellow Republicans saw as equivocating about who was to blame.

Some of the white nationalists at Saturday's rally cited Trump's victory, after a campaign of racially charged rhetoric, as validation for their beliefs.

Some of the people protesting Sunday also point to the president and his campaign, saying they gave license to racist hatred that built into what happened in Charlottesville.

"For those who questioned whether 'oh, don't call it fascism' ... this should resolve those issues," Reiko Redmonde, an organizer of a Refuse Fascism protest planned in San Francisco, said by phone.

"People need to get out in the streets to protest, in a determined way."

___
Peltz reported from New York. Associated Press writers Dake Kang in Florence, Kentucky; Jonathan Drew in Durham, North Carolina; Jennifer Kay in Miami Beach, Florida, and Holly Ramer in Concord, New Hampshire; and Dan Elliott in Denver contributed to this report.
___
This story has been corrected to show the last name of the San Francisco protest organizer is Redmonde, not Redmond.