Flynn May be Cooperating with Mueller's Russia Probe 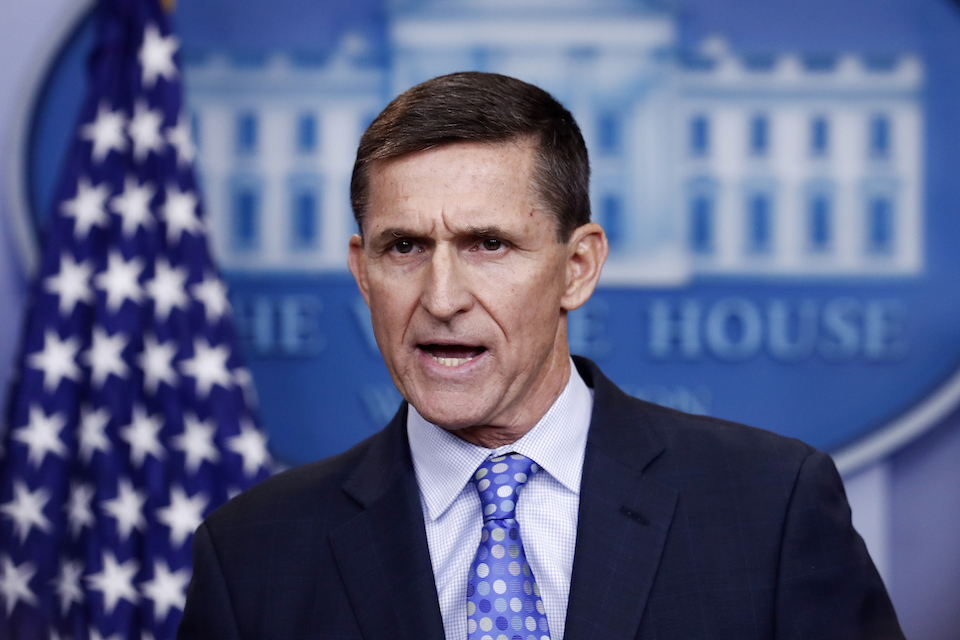 WASHINGTON (AP) — In a move that could signal cooperation with the government, lawyers for former national security adviser Michael Flynn have told President Donald Trump's lawyers that they are no longer communicating with them about special counsel Robert Mueller's investigation into Russian election interference.

Flynn's legal team communicated the decision this week, said a person familiar with the move who spoke to The Associated Press on condition of anonymity to discuss an ongoing investigation. The New York Times first reported the decision.

The decision could be a sign that Flynn is moving to cooperate with Mueller's investigation or negotiate a deal for himself. In large criminal investigations, defense lawyers routinely share information with each other.

But it can become unethical to continue such communication if one of the potential targets is looking to negotiate a deal with prosecutors.

Flynn was forced to resign as national security adviser in February after White House officials concluded that he had misled them about the nature of his contacts during the transition period with the Russian ambassador to the United States.

FBI agents interviewed Flynn in January about his communications with the ambassador, Sergey Kislyak.

Days later, Sally Yates, then acting attorney general, informed White House counsel Don McGahn that Flynn was in a compromised position and vulnerable to blackmail because of inaccurate public statements from the White House about Flynn's contacts with Kislyak.

Flynn was facing a Justice Department investigation over his foreign business dealings even before Mueller was appointed as special counsel in May to investigate potential coordination between the Trump campaign and Russia to influence the 2016 presidential election. Mueller has since inherited that investigation.

Flynn, a prominent Trump backer in the campaign, has been a key figure in Mueller's probe and of particular interest to Trump. Former FBI Director James Comey, for instance, said that Trump encouraged him to end an FBI investigation into Flynn during a private Oval Office meeting in February.

In addition to scrutinizing Flynn's contacts with Russia during the transition and campaign, Mueller has been investigating the retired U.S. Army lieutenant general's role in $530,000 worth of lobbying work his now-defunct firm performed for a Turkish businessman during the final months of the 2016 presidential campaign.

The lobbying campaign sought to gather derogatory information on Fethullah Gulen, a Turkish cleric and green-card holder living in Pennsylvania. Turkish President Recep Tayyip Erdogan has accused Gulen of being behind a botched coup and has sought his extradition. Gulen has denied the allegations, and U.S. officials have rebuffed Turkey's extradition demands, citing a lack of evidence.

Flynn and his firm, Flynn Intel Group, carried out the lobbying and research work for several months, meeting with officials from the U.S. and Turkish governments. Flynn also published an op-ed on Election Day in The Hill newspaper, parroting many of the Turkish government's talking points about Gulen. At the time, neither Flynn nor his company was registered with the Justice Department to represent Turkish interests.

Soon after the publication of the op-ed, the Justice Department began investigating Flynn's lobbying work, and in March, he registered with the department as a foreign agent. In federal filings, Flynn acknowledged the work could have benefited the government of Turkey.

Since then, FBI agents working for Mueller have been investigating whether the Turkish government was directing the lobbying work and not a private company owned by a Turkish businessman, Ekim Alptekin, as Flynn's firm has contended.

FBI agents have also been asking about Flynn's business partner, Bijan Kian, who served on Trump's presidential transition, and Flynn's son, Michael Flynn Jr., who worked for his father as part of the lobbying campaign.

Flynn Jr. also was a near constant presence around his father during the Trump campaign and presidential transition period.

Mueller announced his first charges in the investigation last month, including the guilty plea of a foreign-policy adviser to the campaign, George Papadopoulos, and the indictments of former campaign chairman Paul Manafort and business associate Rick Gates.