Does it matter if Trump tried to fire Special Counsel Mueller? 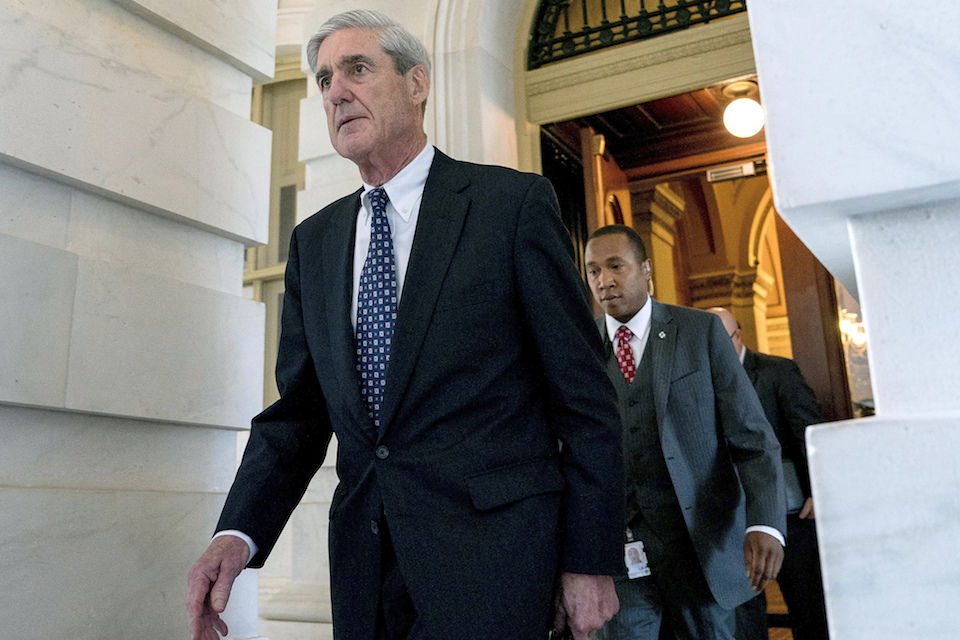 The reports, first by the Times and then others, said Trump backed off on his attempt to fire the man who is investigating him, his election campaign's Russian contacts and his firings of FBI Director James Comey and national security adviser Michael Flynn — but only after lawyer McGahn refused to relay his directive to the Justice Department and threatened to quit if Trump pressed the issue.

In Washington, Mueller's team was still on the job Friday, investigating the president and his 2016 election campaign.

WHAT IF THE ALLEGATION IS TRUE?

After the news came out Thursday night, Democratic Sen. Mark Warner of Virginia quickly accused Trump of crossing "a red line" that should be met forcibly by lawmakers to protect the Constitution. Warner is the ranking Democrat on the Senate intelligence committee. But Republicans were quick to dismiss the report, pointing out that Mueller had not actually been fired.

Some legal experts noted that presidents, like anyone else, can say things they don't mean when angry. At the same time, others saw the alleged Trump order as part of a pattern of obstruction that could be pressed by Mueller, disrupting or even dooming Trump's presidency.

WOULD SUCH A PRESIDENTIAL ORDER BE ILLEGAL?

Jacob Frenkel, a defense lawyer and former prosecutor, said defense lawyers would argue that the conversation with McGahn "was an expression of frustration and irritation, not an intended personnel action."

A statement alone, without follow-up action, can be subject to different explanations and allow for reasonable doubt as to the intent, he indicated.

"It may not be the conclusion that people want to reach, but sitting back and looking at it objectively, the fact that there was no firing means there was no obstruction," Frenkel said.

Andrew Leipold, a professor at the University of Illinois College of Law, concurred.

"People say all sorts of things that they're going to do, and then they calm down and they think better of it and they get talked out of it," he said. "Some of this may just be no more than the president — as all presidents have done — racing their engines about things."

That said, this latest revelation isn't the only example of presidential action that could be seen as an attempt to interfere with an investigation of Trump and his campaign. Another is the firing Comey as FBI director last May. Mueller was appointed special counsel by Rod Rosenstein, the deputy attorney general, after Attorney General Jeff Sessions stepped aside because of his own close involvement with the Trump campaign.

"It is easy to see where this would be an element or component to consider as part of an obstruction mosaic," Frenkel said.

WHAT DOES THIS MEAN FOR MUELLER'S INVESTIGATION?

It could have no bearing on the investigation at all.

Or it could be part of an obstruction case against Trump or others.

But that raises a perennial constitutional question: Can the president be charged in criminal court? Some in the legal field say yes. More say no, the only recourse is impeachment by Congress.

Meanwhile, despite the sensational nature of the Times report, there is likely little that Mueller doesn't already know about events in the White House. More than 20 White House employees have given interviews to the special counsel's team investigating possible obstruction and Trump campaign ties to Russian election interference.

An additional 28 people affiliated with the Trump campaign have been interviewed by either the special counsel or congressional committees probing Russian election meddling. Dowd did not name the people nor provide a breakdown of how many were interviewed only by Mueller's team.

LEGAL JEOPARDY ASIDE, WHAT ABOUT POLITICAL FALLOUT?

Trump's national approval numbers are low, but his conservative base has kept up its solid support through all the criticism he has come under in his first year as president. Why would this be any different?

In Congress, Democrats have been quick to exploit the report. Warner called Trump's actions "a gross abuse of power." However, Republicans noted that the purported order came long ago and before Trump surrounded himself with new lawyers. Since then, his public demeanor toward Mueller has changed.

Trump has softened his public criticism of Mueller, White House officials say over and over that he has nothing to hide, and his lawyers have signaled they are cooperating, too.

Tillis spokesman Daniel Keylin says that since the legislation was introduced, "the chatter that the administration is considering removing special counsel Mueller has completely come to a halt."

This week, the president declared he was eager to do it — and under oath.

"I'm looking forward to it, actually," Trump said when asked by reporters. As for timing, he said, "I guess they're talking about two or three weeks, but I'd love to do it."

His lawyers walked that back a bit. No interview has been agreed to, all sides agreed.