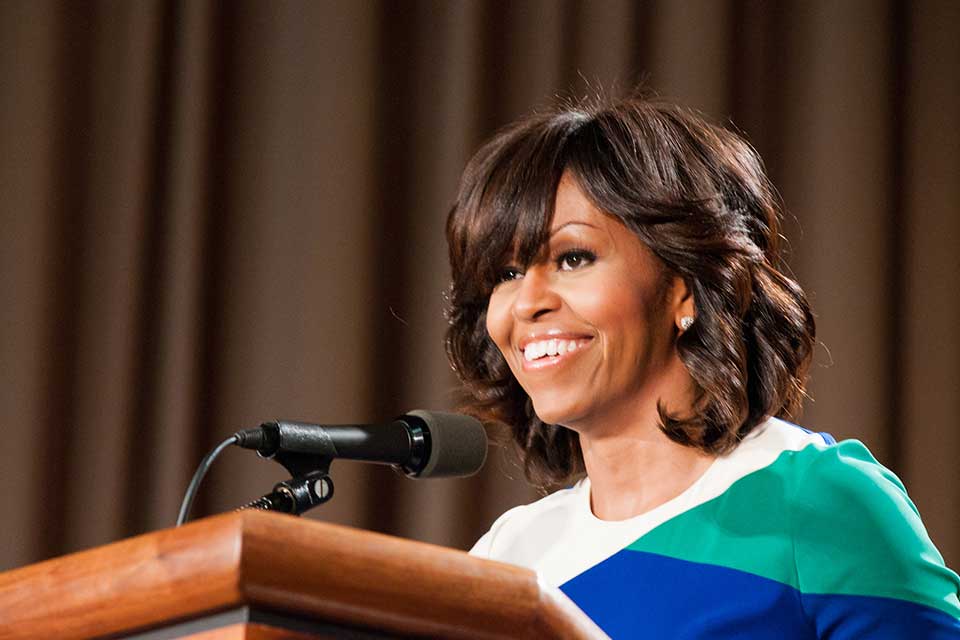 In less than 100 days, the midterm elections that will either expand President Trump’s power or greatly restrict it, will take place on November 6. There has been much talk about the likelihood of a “blue wave” that could give Democrats the gavel and investigative power in Congress over the next two years of Trump’s presidency. The underlying urgency of Michelle Obama’s message is an unspoken aspect of her new registration effort.

The name of the new effort, “When We All Vote,” is also an indication that the former first lady is well aware of the fact that higher voter turnout usually leads to Democratic victories at the polls. The effort is also a challenge registered voters to participate in elections “both big and small.” Though the effort is billed as “non-partisan,” the sense of urgency about the country’s direction under President Trump’s leadership is an unavoidable backdrop.

Several live events are also expected as part of the effort between now and election day.

Former President Barack Obama is expected to hit the campaign trail to assist Democrats who are looking to take back the House and Senate in 2019. On July 31, the former President announced that he is endorsing 81 Democratic candidates on the ballot this November.

There is a record number of women on the ballot this year. Many of the endorsements former President Obama has focused on were candidates who worked in his administration, like Colin Allred, Lauren Underwood and Richard Cordray.

The Obamas have been relatively quiet since departing the White House in early 2017, but that is likely to change. The former president  and the former first lady’s launch of “When We All Vote” is likely to be only the first of several post White House efforts they will participate in.

"I'm confident that, together, they'll strengthen this country we love by restoring opportunity that's broadly shared, repairing our alliances and standing in the world, and upholding our fundamental commitment to justice, fairness, responsibility, and the rule of law," Obama wrote in his endorsement statement.

Lauren Victoria Burke is an independent journalist, political analyst and contributor to the NNPA Newswire and BlackPressUSA.com. You can reach Lauren by email at LBurke007@gmail.com and on Twitter at @LVBurke.

The US government maintains a portal site with information about voting eligibility and links to check and update your voting registration. To check it out, click here. If you live in Oregon and want to register to vote or ensure your voter registration is up-to-date, go directly to the Oregon Secretary of State's voting and elections site. Washington residents should visit the Washington Secretary of State's voting and elections site.