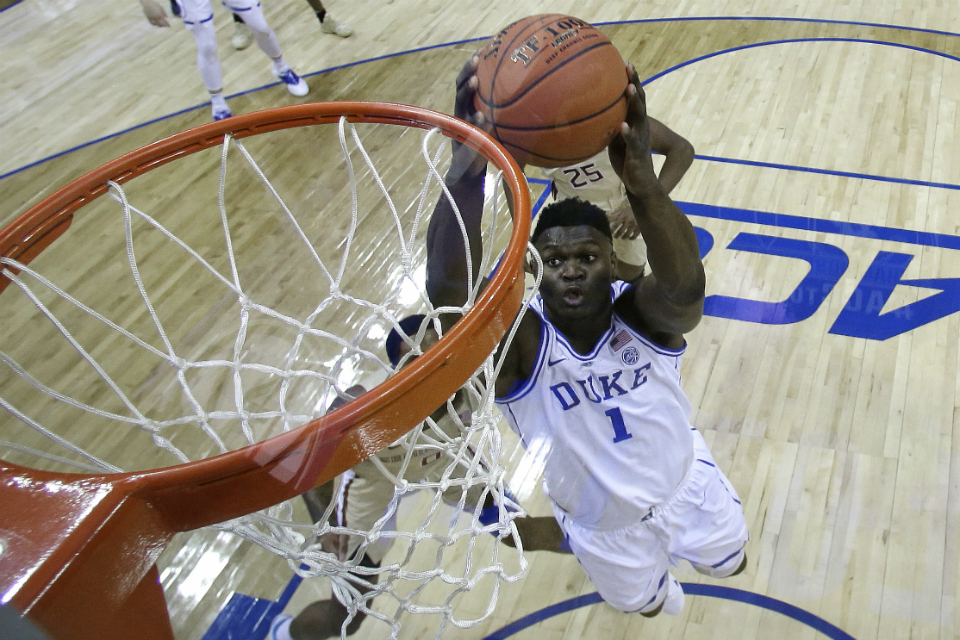 By The Associated Press
Published: 18 March 2019

Betting on March Madness is starting with many gamblers throwing their weight behind Duke and freshman phenom Zion Williamson.

William Hill US says nearly 20 percent of the money bet on the NCAA Tournament winner over the past year has backed the Blue Devils, who were listed as a 2-1 favorite in odds adjusted following the release of the bracket.

The sportsbook operator says 9 percent of the actual wagers have come in on Gonzaga or Duke, meaning the Bulldogs are popular but gamblers placing more expensive bets are backing the Blue Devils, top seed in the East.

Virginia and Gonzaga are each listed at 6-1 odds to win the title, while North Carolina is 8-1. 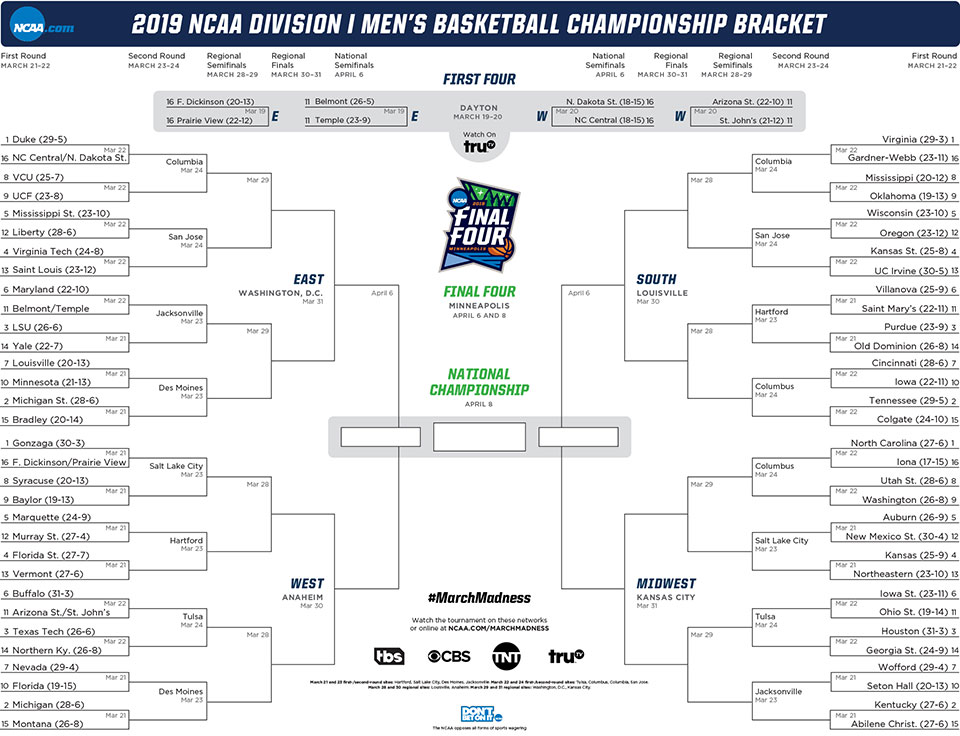 Betting on March Madness is shifting this year with the expansion of legalized sports gambling beyond Nevada. New Jersey, Rhode Island and several other states have legalized sports betting since a U.S. Supreme Court ruling last year.

The best days of the NCAA Tournament for most fans are the first two. With 16 games on each day, it's wall-to-wall ball.

Thursday tips off in Des Moines, Iowa, at 12:15 p.m. with an East Region game between No. 7 seed Louisville and No. 10 Minnesota. That's coach Rick Pitino's former Cardinals against a Golden Gophers team coached by his son, Richard Pitino.

The early session ends with one of the best individual players in the tournament. Ja Morant of Murray State faces fifth-seeded Marquette and Big East player of the Markus Howard in West Region game played in Hartford, Connecticut.

The defending national champion Villanova, a sixth-seed in the South, highlights the Thursday night games. The Wildcats tip at 7:20 p.m. against 11th-seeded St. Mary's.

Friday's games start with seventh-seeded Cincinnati against 10th-seeded Iowa in a South Region matchup. The game in Columbus, Ohio, starts at 12:15 p.m. Top-seeded Duke and Zion Williamson start their tournament at 7:10 p.m. Friday in Columbia, South Carolina, against the winner of the First Four game against North Carolina Central or North Dakota State. The Blue Devils are the top seed in the East.