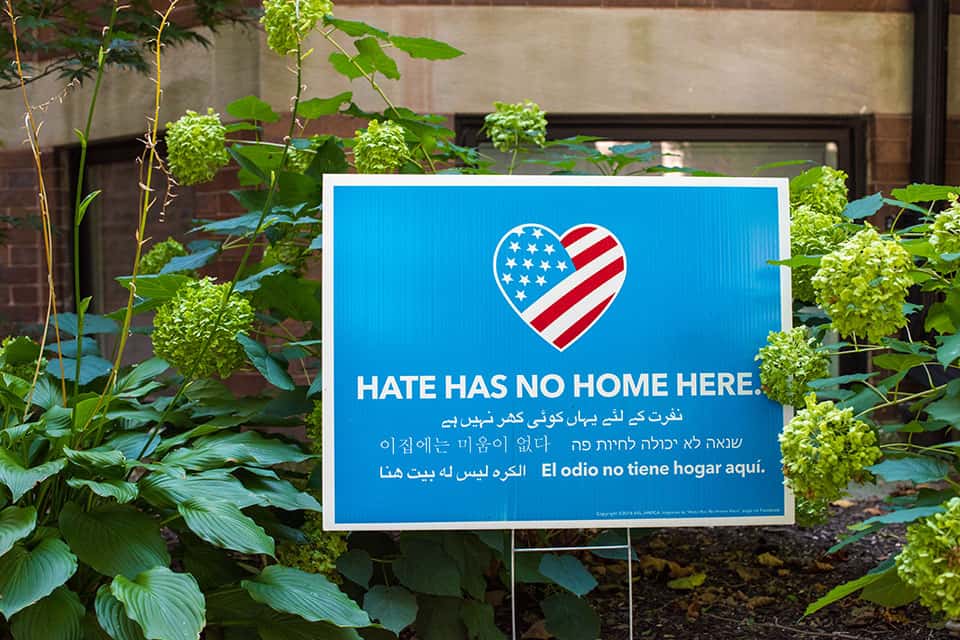 As investigators continue to look into the string of fires at historically Black churches in Louisiana, it has become increasingly obvious that these offenses are only the latest in a litany of hate crimes and terror attacks that have targeted African American places of worship for generations. Each attack in turn, signaling a history of virulent animus towards all in the Black community.

Leonard Sipes Jr., of Crime in America.net, said he believes what’s needed is a vigorous effort in the U.S. Department of Justice to hunt down and prosecute hate crime violators.

“Partner with social media to report potential hate criminals and create a common database for reporting and an algorithm to separate fact from fiction and to give investigators good leads,” Sipes said.

“Let this be a societal effort,” he said.

The fact African Americans continue to be a primary target of hate crimes can be seen in a number of recent news headlines.

In fact, Black Americans have been the most frequent victims of hate crime in every tally of bias incidents generated since the FBI began collecting such data in the early 1990s, the report said.

The rise in hate crimes is attributed to an increase of about 1,000 police departments that are now choosing to report these incidents, the FBI said.

The report also found the surge especially affected Black and Jewish Americans: Of the reported attacks recorded in 2017 by authorities, 2,013 were aimed at African Americans and 938 were against Jewish Americans.

Empower and Unify the Community

Sean XLG Mitchell, a hip-hop activist and author of “How Do We Build a Real Wakanda?” said the Black community must begin to look at hate crimes from a different perspective than in the past.

“We can no longer respond with marches, speeches and rallies because the continuation of being subjected to ongoing abuse suggests that we've done little more than take aspirin to treat the effects of a brain tumor,” Mitchell said.

“We must understand that the bully targets the kids in the class who are incapable of defending themselves so why are we the target of the bully?

"What makes us vulnerable, and what is inadequate about our development as a people?” he asked.

If those questions are posed, then an obvious answer should be that the community has displayed a fundamental lack of unity and power, Mitchell said. “History teaches us that there is only one way for a people to empower and unify themselves and that's through the orientation of culture,” he said.

“Culture is what creates the bond of connection among a people, and it's what we find among all other races in the form of language, education, religion, names and customs.

“Once we begin to orient ourselves culturally, with Africa at the center of our experience, we'll see the positive changes in every aspect of our lives,” Mitchell said.

Phyllis G. Williams, the co-host of the podcast “Living the Principles,” said one reason hate crimes are increasing is that criminals of those actions typically gain notoriety. “Hate crimes with mass media exposure are nothing shy of a recruiting tool. This is why we have seen an increase over the last few years,” Williams said.

“It is disheartening but I can give two contributions in decreasing hate crimes at African-American places of worship,” she said.

The first thing is to increase security during services and overnight, Williams said.

What if a team was designated to stay overnight every day of the week at a place of worship? What if a team served as the church or mosque marshal in a sense? Williams said.

“People would less likely commit arson or a violent act if a place had armed security. Hate crimes are generally done in a cowardly manner and not a fair fight,” she said.

Also, the root of these crimes are ignorance and hatred.

School systems can adopt an anti-bias stand by making a conscious effort in evaluating curriculum materials that contributes to prejudice, Williams said.

“Many curriculum materials reaffirm the notion of superiority of Whites and inferiority of minorities,” she said. “Stop giving criminals the spotlight. Stand our ground at places of worship. Combat ignorance in schools. If we do, our places of worship will less likely be a place of worry,” Williams said.

Phyllis G. Williams, the co-host of the podcast “Living the Principles,” said one reason hate crimes are increasing is that criminals of those actions typically gain notoriety. “Hate crimes with mass media exposure are nothing shy of a recruiting tool. This is why we have seen an increase over the last few years,” Williams said.